Presented by Paul Herriott, all concerts will be live-streamed from the National Concert Hall via RTÉ Culture and broadcast live on RTÉ lyric fm.

Martín continues on Friday 19 March with two orchestral firsts from one of the greatest composers of the 19th century, Brahms, and one of the greatest composers you’ve probably never heard of: Joseph Boulogne, Chevalier de Saint-Georges. Boulogne’s First Symphony, a work of enormous charm, vitality and elegance that was said to have influenced Haydn and Mozart, can be heard alongside Brahms’ First Serenade.

Friday 26 March with Martin might be described as a study in contrasts, with works by two composers with a gift for spectacular orchestral sounds and colours: from Alberto Ginastera, a modern master from Argentina and one of Latin America’s most important 20th-century voices, his Variaciones concertantes and from Louise Farrenc, a 19th-century French woman finally emerging into the limelight, her Symphony No. 3 in G minor.

On Friday 2 April, Robert Houlihan conducts an operatic overture infused with Baroque poise, arguably the most famous piece of classical music to emerge from America in the last century, and the final symphony, No. 104, by a composer known as 'the Father of the Symphony’: the Overture to Gluck’s opera Orfeo ed Euridice, Barber’s Adagio for Strings and Haydn’s final symphony, No. 104, the ‘London’.

On Friday 9 April and just three days following the 50th anniversary of Stravinsky’s death on 6 April 1971, David Brophy conducts his Eight Instrumental Miniatures, his Danses Concertantes, and his Concerto in E flat (Dumbarton Oaks) which Stravinsky himself described as ‘a little concerto in the style of the Brandenburg concertos’. The concert will open with Elaine Agnew’s Strings A-stray, a feisty and playful fusion in four movements of wide-ranging influences from Ireland to South India via Poland and a bit of Bach and their own distinctive dance characteristic.

On Friday 16 April Gavin Maloney conducts an all-American programme featuring Copland’s Quiet City, his atmospheric concert suite for trumpet and orchestra; Samuel Barber’s gorgeous hymn to smalltown America, Knoxville: Summer of 1915 with soprano Rachel Croash as soloist; and Shaker Loops by the Pulitzer Prize-winning John Adams. Based on childhood memories of an abandoned Shaker colony in New Hampshire. Adams says it ‘summons up the vision of these otherwise pious and industrious souls caught up in the ecstatic frenzy of a dance that culminated in an epiphany of physical and spiritual transcendence’. 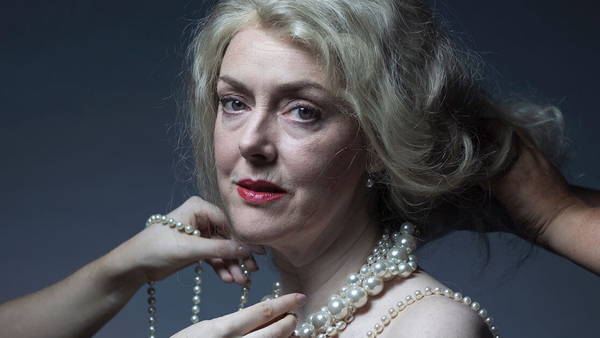