We're delighted to present an extract from The Great Leviathan: The Life of Howe Peter Browne, 2nd Marquess of Sligo 1788-1845, published by New Island Books.

From Ireland, England, France, Austria, Greece, Turkey and Italy to America and the West Indies, overflowing with historic events, from the French Revolution to the Great Irish Famine, with a cast of the famous and infamous, Howe Peter Browne, 2nd Marquess of Sligo, lived life to the absolute limits.

From a youth of hedonistic self-indulgence in Regency England to a reforming, responsible, well-intentioned legislator and landlord, Sligo became enshrined in the history of Jamaica as 'Emancipator of the Slaves’ and in Ireland as ‘The Poor Man’s Friend’ during the most difficult of times...

to the one it has given power, but to the other it has not

extended protection. One of those classes is above public

opinion and the other below it; neither one therefore is

In view of the present struggle for racial equality worldwide, the above observation seems as relevant today as when first written in 1836.

Lord Sligo, from Westport House, County Mayo, on Ireland’s west coast, was appointed Governor General of Jamaica and the Cayman Islands in April 1834. While the importation of slaves from Africa had been abolished in 1807 slavery, the cornerstone of sugar production and profit, continued. Evangelical missionaries conveyed the horrors of slavery to the British public and in 1833 the British Government passed an Emancipation Act which Sligo was entrusted to implement in Jamaica.

The Emancipation Act, however, did not give immediate freedom to the slaves, who merely became ‘apprenticed’ to their masters for a further six years, with the plantation owners (including Sligo) being compensated for the changes by the British Government. Described as ‘slavery under another name’ the controversial ‘Apprenticeship System’ was nonetheless resisted by the Jamaican Plantocracy and by powerful commercial and political vested interests in Britain.

As the owner of two plantations Kelly’s and Cocoa Walk which he had inherited from his grandmother, Elizabeth Kelly, daughter of Denis Kelly from Co. Galway, former Chief Justice of Jamaica, the Jamaican planters expected Sligo to be on their side. His objective, however, as he told them on his arrival as Governor General in April 1834, to establish a social system ‘absolved forever from the reproach of Slavery’ set them on a bitter collision course.

Sligo found the savagery of the slavery system he encountered on the island personally abhorrent. From the flogging of field workers with cart whips, branding with hot iron, to the whipping of female slaves ‘the cruelties are past all idea,’ he told the Jamaican Assembly. ‘I call on you to put an end to conduct so repugnant to humanity.’

To counteract the worst excesses he maintained personal contact and control over the sixty Special Magistrates appointed to oversee the implementation of the new Apprenticeship System in the nine hundred plantations throughout the island. As he wrote to a friend:

extent to which the law protects him…

Much to the derision and indignation of their masters, and unprecedented in the colonies, to alleviate such inequality he personally ‘gave a patient hearing to the poorest Negro which might carry his grievance to Government House…’

Against opposition from the Jamaican parliament, he advocated the education of the black population so they might extract maximum benefit from their future freedom.

He supported the building of the first schools on the island, two of which he established on his own property. He was the first plantation owner to initiate a wage system for black workers on his own plantations and later, after emancipation, to divide his lands into small farms which were leased to the former slaves. His efforts to improve Jamaica’s infrastructure, land reclamation and better husbandry practices, as well as to steer the economy away from its dependence on sugar, lead to the establishment of Agricultural Societies of which he became patron. He was the first Governor on record to employ ‘people of colour’ in his political administration on the island.

His endeavours on behalf of the majority black population were bitterly opposed by the planter-dominated Jamaican Assembly who accused him ‘of interpreting the laws ‘in favour of the negro’ and who, as Sligo wrote ‘set out to make Jamaica too hot to hold me’. Derisorily referring to him as ‘The Great Leviathan of Black Humanity’ they withdrew his salary and commenced a campaign of vilification against him in the Jamaican and British press. With the connivance of powerful commercial vested interests in Britain whose fortunes depended on slavery – from plantation owners, agents, merchants, ship owners, provisioners, manufacturers, importers etc - it resulted in his removal from office in 1836.

To the Jamaican black population, however, Sligo was their champion and protector as the pro-emancipation press on the island recorded:

‘The shout of fiendish triumph that sends Lord Sligo from

the shores of the colony is the prelude to the acclamations

that will hail him a DELIVERER of the human race, as a

friend of suffering humanity, as one of the truest champions

In an unprecedented gesture the black population presented him with a magnificent silver candelabra inscribed:

‘in grateful remembrance they entertain of his

unremitting efforts to alleviate their suffering and

to redress their wrongs during his just and enlightened

administration of the Government of the Island…’

Lord Sligo’s personal experience in Jamaica turned him from being a supporter of the Apprenticeship System into, as he wrote, ‘the warmest advocate for full and immediate emancipation’. On his return he became active in the anti-slavery movement.

One of his published pamphlets ‘Jamaica Under the Apprenticeship System’ which outlines in vivid detail the atrocities and inequalities of slavery as he experienced them first-hand, influenced the ‘Great Debate’ on Emancipation held in the British parliament in February 1838. The pamphlet was also presented to Queen Victoria by the Prime Minister, Lord Melbourne.

Impatient with the lack of progress on 22 March 1838 being, as he wrote, ‘well aware that it would put and end to the [slavery] system’ Sligo rose in the House of Lords and announced that regardless of the outcome of the Government’s deliberations, he would free all Apprentices on his own plantations in Jamaica on 1 August 1838.

‘I am confident that no person who is acquainted with the

state of the West Indian colonies and at the same time

uninfected with colonial prejudices will deny that the time

is now come when it is important to effect a final

arrangement of this question.'

His public pronouncement left the British Government with no alternative but to implement full and immediate emancipation on the same date.

Sligo’s efforts in Jamaica also influenced the struggle for emancipation in America. In September 1836 he travelled to New York and Philadelphia to meet with members of the newly-formed American Anti-Slavery Society, as well as with individual clergymen at the forefront of the emancipation struggle there and, as was recorded, ‘all who met him formed an exalted opinion of his integrity and friendship for the poor.’

The ending of slavery brought with it financial ruin for most plantation owners, especially in Jamaica which in the early 1840s also experienced a severe and lengthy drought, as well as a reluctance of the newly-emancipated black population to work on the plantations, albeit for a wage, and which consequently made sugar production on the island uneconomic. Sligo’s own plantations fell into ruin. ‘Thus the partial fulfilment of Sligo’s ambitions for the Apprentices was won at the cost of the dismemberment of his Jamaican inheritance.’

Lord Sligo earned an honoured and respected place in the history of Jamaica, where he is acknowledged as ‘Champion of the Slaves’ and where Sligoville, the first free slave village in the world, is named in his honour. In 1838 his name, together with those of Wilberforce and Buxton, leading figures in the anti-slavery movement, was commemorated in an emancipation memorial medal.

That many of the racially-motivated inequalities and injustices that Sligo sought to eradicate during his lifetime still exist one hundred and seventy-five years after his death he could undoubtedly not have envisaged.

As the statues of those implicated in the slavery system in the past are today being pulled from their plinths…perhaps one should be erected to this man from the west of Ireland who helped to dismantle it. 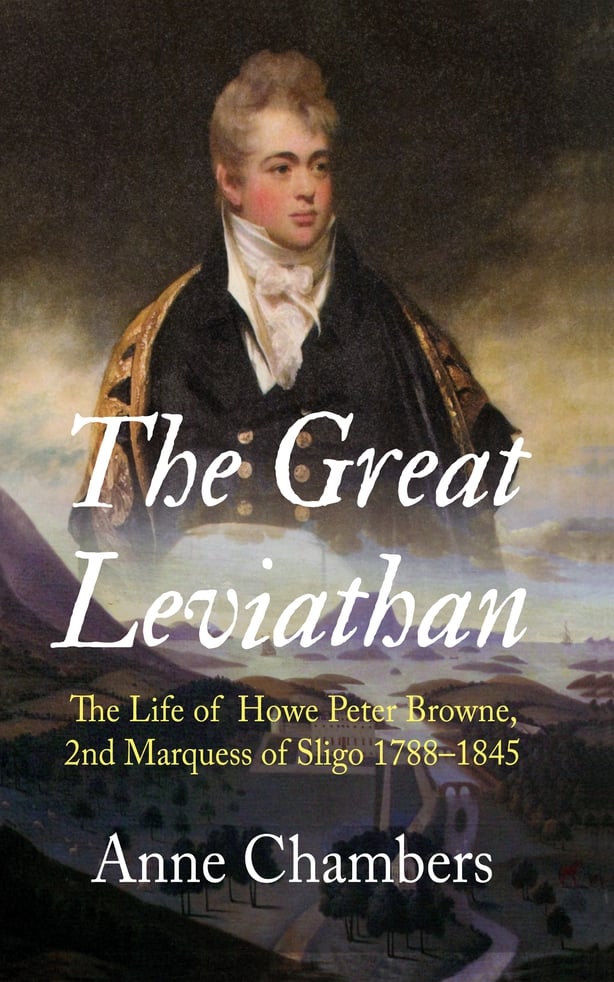 The Great Leviathan – The Life of Howe Peter Browne 2nd Marquess of Sligo, 1788-1845 by Anne Chambers, is published by New Island Books 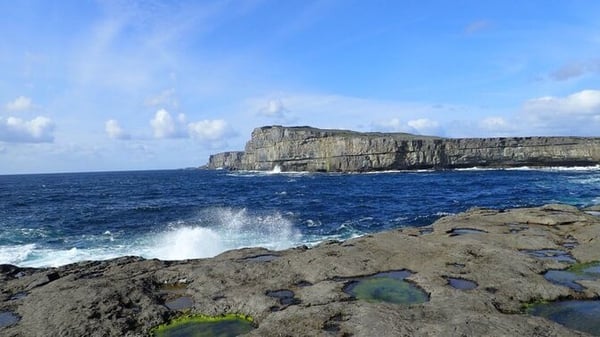 Sea Tamagotchi - Manchán Magan celebrates the language of the sea