On February 6th, 1840, over 500 Māori chiefs along with representatives of the British Crown signed the Treaty of Waitangi. The agreement set out certain rights for the Māori people, but handed over governance to England - making New Zealand a British colony.

As a result, God Save the Queen became the country’s national anthem. But, years later, a second anthem penned by Irish-born poet Thomas Bracken was officially recognised.

Thomas Bracken was baptised at a Catholic church in Clonee, County Meath on December 30th, 1841. Four years later, during the Great Famine, his mother Margaret died. Then in 1852, his father Thomas, who worked as a postmaster, passed away as well.

For a couple of years, Bracken lived with an aunt. But at the age of 12, he travelled to Australia to live with his uncle, John Kiernan, in Victoria.

Bracken worked on his uncle’s farm before becoming a pharmacist’s apprentice. But this role didn’t suit him and he moved on, picking up a variety of jobs as he travelled through the region.

Details of Bracken’s life at this time largely remain a mystery. He sheared sheep, drove cattle and cared for horses. In 1867, he also published a book called The Haunted Vale: A Legend of the Murray, and Other Poems. So we know that he began to write verses during this time - many of which were inspired by the gold diggers and stockmen he met on his journey.

By 1869, aged 27, Bracken had moved to Dunedin in New Zealand where his writing quickly attracted attention. In January of that year, he won the Otago Caledonian Society's prize for poetry. At that time, he lived at Hamilton’s Diggings which was an area known for gold mining.

According to The Encyclopedia of New Zealand, which is run by the state’s Ministry for Culture and Heritage, Bracken got a job as a journalist at the Otago Guardian before helping to launch a popular weekly newspaper called the Saturday Advertiser in 1875. It was for this publication that he wrote his most memorable piece of work.

On July 1st, 1876, the newspaper published his five-stanza poem entitled God Defend New Zealand. It was presented as a new national hymn and readers were asked to send in music to accompany the words. John Joseph Woods, a local teacher whose parents were Irish, got ten guineas for sending in the winning score.

On its own, Bracken’s poem was a hit. But, when set to music, it became even more well-known. Bracken handed over the poem’s copyright to Woods who promoted it in various publications. A Māori version of the lyrics were created too.

However, it would be another century before the song was officially recognised as New Zealand’s second national anthem.

The making of a national anthem Although dozens of other songs were vying to become the country’s new national anthem, God Defend New Zealand became increasingly popular throughout the 1900s.

Then, as part of New Zealand’s centennial celebrations in 1940, the government purchased the song’s copyright and officially made it the country’s national hymn.

From the 1950s onward, it was sung at the British Empire Games. But the real turning point came in 1972 during the Summer Olympic Games in Munich. When New Zealand’s eight-man rowing team were awarded their gold medals, God Defend New Zealand unexpectedly played instead of God Save the Queen.

This incident kicked off a campaign to have the song adopted as New Zealand’s national anthem. In 1976, Garth Henry Latta - a resident of Dunedin - presented parliament with a petition requesting that they do just that. And the following year, with the permission of Queen Elizabeth II, it officially became the country’s second national anthem.

What about Thomas Bracken?

Although Thomas Bracken wasn’t around to see the success of God Defend New Zealand, he experienced other literary successes. His poetry received much praise during his lifetime and, as The Encyclopedia of New Zealand notes, he is one of just two New Zealand poets mentioned in the 1916 publication Cambridge History of English Literature.

As well as being a prolific writer, Bracken also dedicated his life to politics. In 1881, he was elected to represent Dunedin Central in parliament. As a staunch Irish nationalist, he proved to be a liberal politician and his very first speech strongly criticised the government's treatment of the Māori in Parihaka and its breaches of the Treaty of Waitangi. He later used his position to denounce British laws affecting Ireland too.

When he ended his political career in 1890, it would appear he faced financial hardships. He was no longer associated with the newspaper he had co-founded and another publication that he had an interest in was sold off. He stayed in Wellington working as a clerk in the parliament. But, when he fell ill, he returned to Dunedin where he died in February 1898 at the age of 58.

Though most of his poetry is forgotten now, crowds of New Zealanders continue to sing his verses at sporting events, state ceremonies and Waitangi day celebrations.

The EPIC Emigration Museum remembers Thomas Bracken and hundreds of other inspirational Irish emigrants who’ve made their mark on the world - discover more with their virtual museum tour here. 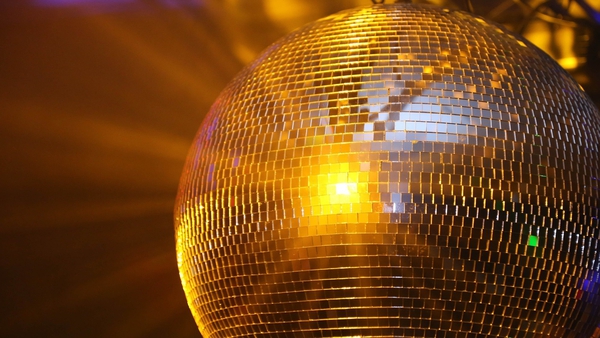 Music 101: Your Bluffers Guide to Disco