We're delighted to present an extract from Words To Shape My Name, the new novel by Laura McKenna, published by New Island Books.

Words To Shape My Name tells the epic journey of a former South Carolina slave into the heart of Revolutionary Ireland - in this extract, Lord Edward Fitzgerald accompanied by Tony Small - an escaped slave who rescued Fitzgerald on a South Carolina battlefield - arrives at the family seat of Carton House in Kildare.

It is Small's first visit to the Fitzgerald's country estate and they meet Fitzgerald’s former tutor, now step-father William Ogilvie...

Trees, grass, sheep and pheasants. And heat. The day was warm and sunny, a surprise given that Lord Edward had spoken only of rain — and snow, though that was difficult to imagine. He removed his coat, threw it on the ground and sat down, aware of the shift of his papers against his thigh. He didn’t have to account for himself to anyone. Not yet anyway. No one knew he was here. He went through his possessions until his hand found the amulet. The leather felt warm against his skin once it was safely knotted about his neck. A familiar warmth. Steadying. He took out the flute, frowned at his workmanship. It looked like nothing more than what it was — a length of cane. Nothing remarkable. And yet it had hidden purpose. It was more than it appeared. Still, he made a promise. At the first opportunity he would make a perfect flute, not cane but wood. He looked about, eyeing the trees, assessing them. Yes, the finest flute. Some day. He turned the cane over, circled the tiny holes with his fingertips.

The notes plummeted to the ground. He looked up, confused for a moment, and saw a figure that was all lines and angles, limbs and elbows. Even his head, haloed in wisps of grey hair, seemed long and pale, and shadowed. A stork bedecked in black, leaning on a dark stick.

"Your playing is excellent." He pointed to the flute which now lay by Tony’s side. "May I?" The man straightened up. "Very nice," he declared as he ran a hand along the length of the shaft. Very nice indeed. Your own work?"

"I’ve seen primitive work like this before, at the Royal Society Exhibitions. Fascinating thing, the instinct for music, being so universal." The man shifted awkwardly, as he handed back the flute. Long, thin hands, bony fingers, hardly covered in skin at all. "I’m Ogilvie. You’ve heard of me."

He suppressed a smile, dropped his head. "Yes sir."

The man was leaning over him. "All good, I presume?"

He presumed a lot.

"Lord Edward has been looking forward to your arrival. And I may say that I am not without curiosity myself."

It felt as though the man was trying to see inside his head as he leaned in further but Tony knew better than to meet his gaze. A sigh of exasperation and the man juddered to an erect position once more.

"Come with me. I’ll show you where you need to go."

They walked together. Mr Ogilvie talked. No, not right. He stated things. He was not interested so much in replies. Except when he asked of him where he came from.

"But you are African. You were not born in the Carolinas."

Mr Ogilvie could not accept this answer. "But you must know. You must remember. You travelled by ship. I’ve read accounts." He walked quickly for such an awkward man, head thrust forward and legs following. Neither the sunshine nor the pace had much effect on his rate of speech. "You were a child then, I must surmise. Even so you must have some memory."

"What of your slavery?"

He made no response. It sounded like a question but not one he had any intention of answering.

A sharp hiss of frustration from Mr Ogilvie.

"I would like to hear of the conditions, to determine for myself. The abolitionists’ descriptions are horrendous, beyond what a rational man could contemplate …"

He made no acknowledgement. The man could ask whatsoever he wished but it didn’t mean …

The house interrupted his thoughts. They had just crested a small hill and there it was. He stopped.

Something? It was a vast building, at least the length of the King Street in Charleston. Longer. Set in gardens that looked like an exotic Turkey carpet. Like the one he saw in the Duchess’s drawing room in London. Everything matching, dark green hedges on one side, perfectly aligned with hedges on the other. What looked like bright green swirls, four of them, in front of the house (or perhaps it was the back) and in the centre of each, a tree, dark and tapering. From his vantage, he could see

window after window, martialled in three rows, set into walls of pale grey stone. The sun gleamed silver in the glass. And four pillars standing guard in the centre.

The thrum of hooves on stones announced a horseman. He looked over his shoulder to see Lord Edward dismount, in a flurry of coat tails. He was suddenly unaccountably relieved. At seeing the one person in this entire country who knew him.

"Ogilvie. You are keeping my poor Tony from me." He clapped Tony on the shoulder. "Has he been teaching you? Quizzing you?" He looked from him to Mr Ogilvie, receiving a scowl from the latter.

"I wished only to inform myself," he protested. "To have a slave’s perspective on the conditions of slavery."

"You asked him this on your first meeting? Could you not wait? And he is not a slave." Lord Edward looked at Tony. "Besides Tony does not perform that role. He will not be used to entertain or thrill anyone in that respect."

Mr Ogilvie swished at the grass with his stick.

"Don’t worry about him, Tony. He does this to everyone, can never resist the challenge of what he calls the unformed mind. And even after ten or so years of tuition he will still say that my mind is the 'rawest and most resistant’ of any he has ever beheld." He smiled at Mr Ogilvie. "Is that not so?"

Mr Ogilvie managed a grimace in return. "If you say it, then it must be so. I think you need to work on your black’s English. I’m not sure if he’ll be able to manage over here."

"Don’t you worry about him, Dear Ogilvie. He will not be another of your projects. I suspect he knows as much English as you or I. He just doesn’t waste it, or give too much away. Am I right, Tony?"

"Oh, that is too good." Lord Edward was delighted with the riposte. "We’ll leave Mr Ogilvie to contemplate your rapid advancement in speaking in tongues. Come on Tony. You take Prudente." 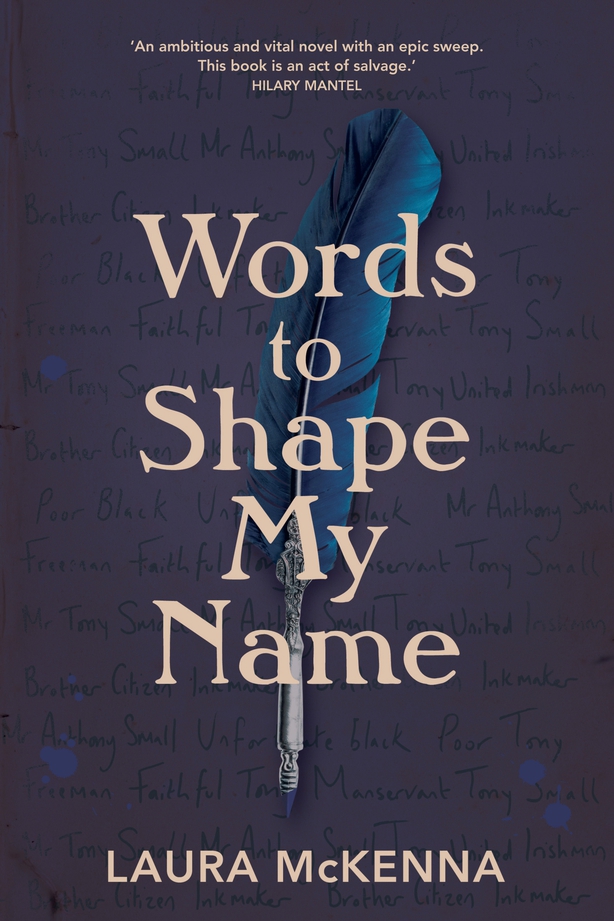 Words To Shape My Name by Laura McKenna is published by New Island Books, and is available from booksellers online and from the publisher directly - more info here. 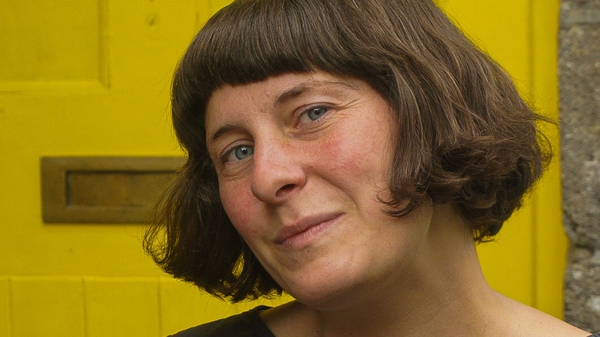