'Here's an artist who knows all about the depths of friendship, the darkness of grief, the pain of resurfacing'

A Dublin musician called David Balfe, who goes by the name of For Those I Love, appeared on the Later TV show on the Beeb. The show has been going for donkey's years and has slowly calibrated and finetuned its appeal over time. At a time when there are less and less standalone music shows on TV, Later has stood the test of time (albeit, as is the norm for any kind of specialist arts show, at later and later times on the schedule, excuse the pun).

Later is known for several things. It’s known for its annual New Year’s Eve show, a show pre-recorded a month earlier which old, bored and tired people stay in to watch and give out about. It’s a show where Jools Holland plays boogie-woogie piano with guests who put up with Jools Holland playing boogie-woogie piano. And it’s where you go to see new acts take big steps.

In the case of Balfe, this was indeed a big step. It was the artist’s first TV appearance and first-ever live performance as For Those I Love, as far as I can make out. That’s one hell of a step. That’s like doing 10k steps in 10 minutes.

Balfe would appear to know about timing. Last year, he promo’d an album which kind of came along with little fanfare and disappeared just as quick. I think it might have stuck around for a while on Bandcamp, but disappeared all the same. There were some interviews, some pieces on it, but that was largely it and that album existed in a weird 'did that really happen?' bubble.

The nine songs on the album were striking in their richness, vividness and energy. Here was a musician who was working through the big themes, the big emotions, and the big ideas. It swung from upbeat big room rave euphoria to rough and tough spoken word splashes which painted a picture of a world you knew was out there but never quite knew that well. It was an album lashed with twists and turns from Burial’s 3.22am symphonies, the giddy pulse of a great hardcore band, the sense of mischief you get when you’re with your buddies you know a lifetime, the ecstatic high of great art, the buzz of seeing how the local is part of the global.

It was a release which those in the know appeared to know about and everyone else, well, didn’t know about. Considering that the latter outnumbers the former by a scale of around a billion, it’s fair to say that most folks didn’t even realise what was going on. Fair enough. There are more albums released and overlooked every week than there are press conference locations in the greater Philadelphia area which also double as landscape gardening outlets. You forgot about it, you move on, you keep away from the ditches.

Then, a few months back, For Those I Love reappeared. Of course, Balfe hadn’t actually disappeared or gone to the moon or got lost in Ikea or anything like that, but you know what I mean. There was a new mixtape (Into A World That Doesn't Understand It, Unless You’re From It) and there was news that the album would be getting a proper release on a label called September Recordings this month.

This is a label ran by an old mucker of mine called Jonathan Dickins, who I knew back in the day at Warner Music. Afterwards, Jonathan went into management and his company looks after a few acts these days. One of them is For Those I Love and another one is Adele.

The mixtape is a treasure trove of ideas and snapshots which amplify and elongate the sounds which went into the album. Given that Balfe had recorded some 76 songs for the album, it seems there's more in the extras than what’s in these 47 minutes.

Fast forward to that Jools appearance and For Those I Love on the telly or YouTube or wherever you go to your music shows these days. There’s Balfe standing at the microphone in some class of industrial/boxing gym setting. There’s a flag draped around the microphone and that’s it.

Then he performs I Have A Love. And well, we need a new paragraph for this one.

As Balfe performed I Have A Love, you could hear a crack in the textures. Like the album, this was a song about his late mate, spoken word artist and musician Paul Curran. It’s about the depths of friendship, the darkness of grief, the pain of resurfacing. You can’t do that without showing some of your true self, your inner self, the self you disguise and hide and don't usually reveal.

What Balfe did was strip away the artifice and fakery and showbizery of what music often becomes and brought it back to raw blood, sweat and tears. He stood there and he basically remembered his best pal. The music which connects the deepest with an audience always comes from those moments which recognise that after laughter comes tears. You can’t appreciate one without knowing the other.

Oh, that flag wrapped around the microphone stand? At the end of the song, Balfe took it, unfurled it and held it aloft. A Coolock Reds’ Shelbourne flag. He then stared at the camera. You won't forget that look in a hurry. 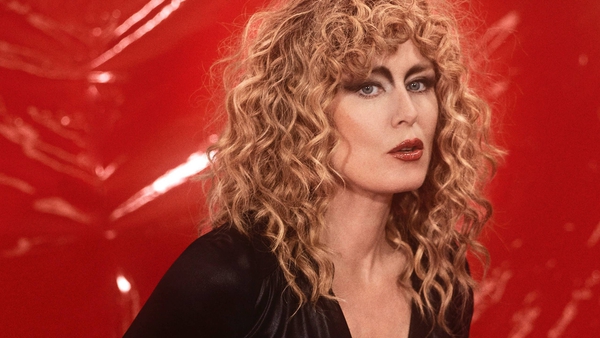 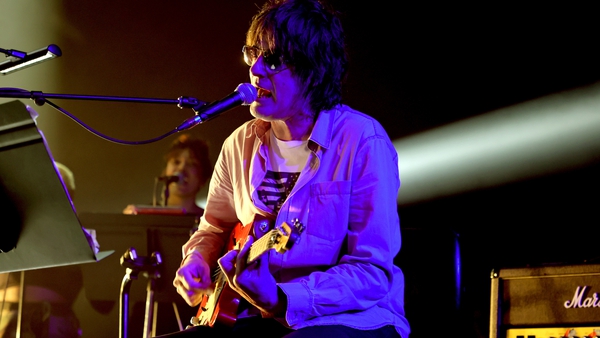 The Rattler: Jim Carroll on Spiritualized & the last space cadet