It may come as a surprise, but there is less contemporary Irish literature than you would think dedicated to exploring the island's symbiosis with Britain, writes James Patterson.

Perhaps it’s borne out of denial, or maybe there’s still a lingering inferiority complex associated with acknowledging the swathes of emigrants who crossed the Irish Sea looking for work.

Whatever the reason, the diaspora—especially in England—have either been shunned or outright ignored for making a life on the wrong side of the pond. Facing exclusion both at home and abroad until they have become a liminal class of their own; uniting in pubs and community centres around their adopted territories and weaning their naturalized children on sentimental half-truths about the aul’ sod they left behind.

Compare this with the relentlessly dewy-eyed treatment of Irish America. Angela’s Ashes. Brooklyn. The works of Dennis Lehane, Colum McCann and Alice McDermott. Anyone would think that the Irish diaspora didn’t exist outside of New York or Boston, or that the experiences of families who settled elsewhere have already been adequately accounted for. It’s almost as if any story which can’t be adapted into a Ben Affleck vehicle isn’t worth telling.

Along with the works of Caroline O'Donoghue and Kevin Barry, Jessica Andrews’s novel Saltwater marks the beginning of what could be an interesting new wave of contemporary Irish literature exploring the diaspora in Britain.

However, despite the fact that a rich seam of experience within the Irish diaspora has been ignored in favour of American cultural supremacy, there are rare occasions when an artist sits up and pays attention. Where would we be without the music of second-generation trailblazers like The Pogues, Elvis Costello and Dexy’s Midnight Runners? How else might the diasporia’s experiences have been documented if not for the films of Jim Sheridan, Alan Parker and Neil Jordan - especially at a time when the Irish were facing routine harassment from the British Government?

Since the collapse of the Celtic Tiger in the mid-to-late-2000s, there has been a small but well-received corner of Irish literature dedicated to exploring the intricacies of the diasporic experience in Britain. In recent years, authors like Kevin Barry, Caroline O’Donoghue and Jessica Andrews in particular have written with aplomb about the liminal inheritance of first and second-generation Irish emigrants.

Taking their cue from the work of predecessors like Joseph O’Connor’s Cowboys and Indians and John McGahern’s That They May Face the Rising Sun, today’s immigrant Irish are all too aware that the pain of leaving home is often directly linked to a sense of economic precarity. In the 1950s, Eamon de Valera’s program of national austerity led to mass emigration, as again did the declining state of the Irish economy in the 1980s.

It should come as no surprise, then, that the economic fallout caused by the 2008 credit crisis led to another wave of Irish emigration—albeit one in which many of the dispossessed were now educated graduates on equal terms with their hosts. Gone were the Bernard Manning-esque stereotypes of the thick Paddy navvie. Suddenly there emerged a generation of whip-smart, politically astute young agitators hungry for work, and the literature they were writing reflected this new reality.

Barry is keen to emphasise that Irish emigrants, like Irish cultural mores, have moved beyond the old characterisations of Irish people as priests and alcoholics.

In  2012, Kevin Barry published Dark Lies the Island, an astute collection of razor-sharp stories which highlighted the various sicknesses at play in the Irish national psyche—often with devastating humour. Having himself lived at various points in Berlin, Cork, Liverpool and Limerick, Barry’s eye for the peculiar loneliness of the Irish expat contained within it a kind of mournful empathy. His emigrants are mostly eccentrics whose survival strategies range from enthusiastic immersion in English lad culture (Beer Trip to Llandudno), self-isolation (Wistful England) right through to nihilistic teenage goth fantasies about conducting missions for the IRA (The Mainland Campaign).

Barry is keen to emphasise that Irish emigrants, like Irish cultural mores, have moved beyond the old characterisations of Irish people as priests and alcoholics. The emigrants in these stories have rich inner lives and are motivated as much by complex personal circumstances as they are by overarching socio-political manoeuvring.

Barry would revisit these themes of emigration and diaspora in his 2015 novel Beatlebone, breaking from the mostly traditional fiction of his early work to combine elements of speculative non-fiction and autofiction. Beatlebone imagines a burnt-out post-Beatles John Lennon - himself third-generation Liverpool Irish on his father’s side - travelling to the West of Ireland in the 1970s to partake in a primal scream therapy session on an offshore islet.

That Lennon returns to an origin which is both geographic and psychological is no accident, though perhaps the most revealing aspect of the novel is the section narrated by Barry himself. Here he recounts his time living and working as a journalist in Liverpool, chasing the ghosts of other self-confessed sentimentalists and mapping their territories by drinking in the same pubs, walking the same streets.

One particularly interesting detail about Barry’s Beatlebone is that it inverts the classic trope of the Irish labourer heading to England for work. Here, we have an anonymised John Lennon moving from England to Ireland, having been burnt out from work, ostensibly to find himself; an inversion we have started to see more and more as young writers try to come to terms with the implications of emigration and diaspora.

With the publication of Scenes of a Graphic Nature earlier this year, Cork native Caroline O’Donoghue uses the notion of movement from England to Ireland to question whether we can ever truly escape our roots, or whether we are doomed to be forever entangled by them. Given Ireland’s savage, often violent recent history, it is a pertinent question - especially when we are only now facing up to the residual traumas of the Troubles, the Magdalene Laundries, Church coverups of child abuse and the emerging horrors of the country’s Direct Provision centres.

Scenes of a Graphic Nature tells the story of Charlie, a London-based filmmaker who - motivated by the impending death of her father - sets off to the West of Ireland to make a documentary about his school which mysteriously burned down while he was still a child in the 1960s.

When the novel begins, we see Charlie for what she is: a struggling, second-generation Irish millennial with more knowledge about how to make money from selling pictures on the internet than she has about her own background and heritage. This leads to several fish-out-of-water moments when she arrives on the fictional island of Clipim - including one particularly cringe-inducing moment when she expects to encounter the IRA in a pub - but as the story develops, Charlie comes to understand the legacy of imperialism. How the UK’s legacy of plunder has left a mark on her family and how it continues to haunt her in the 21st Century.

"My great-grandfather’s family were very poor," she writes. "[They] spent the latter years of the nineteenth century either fleeing the country or dying of starvation... [Now] it’s one hundred years later and his closest living ancestor is living on the poverty line in a building where her post gets stolen."

What can be frustrating about O’Donoghue’s portrait of the Irish diaspora, however, is the assumption that knowledge of one’s roots can’t (or at least doesn’t in this case) extend back beyond the first generation. Jessica Andrews’s Saltwater provides an altogether more nuanced picture; one which is keen to emphasise how the legacy of economic migration is tied up with the English north-south divide, class, and the deprivation wrought on communities who came to rely on industry during the Thatcher years. 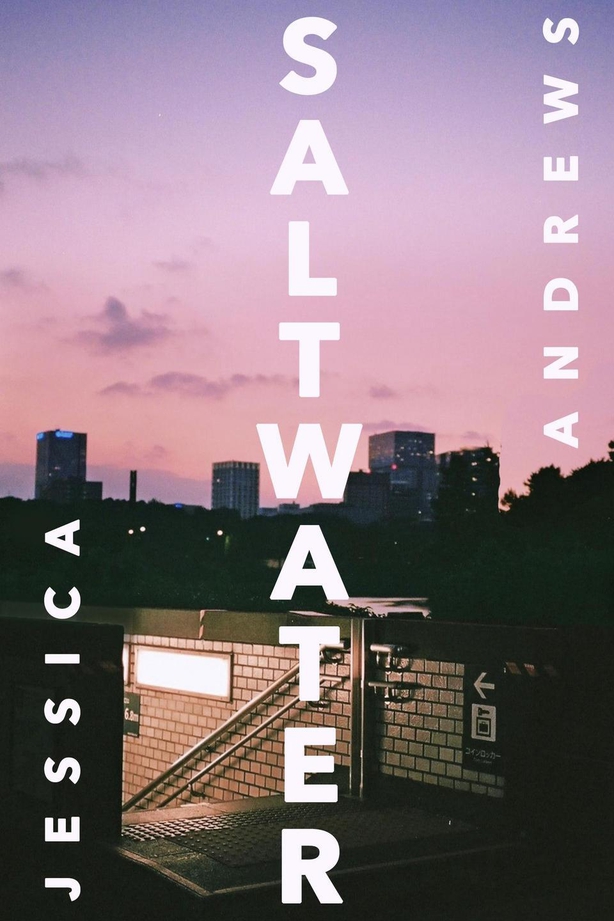 Saltwater centres on Lucy, a third-generation working-class millennial from Sunderland who - after spending much of her postgraduate life working in bars and trying to survive in London - suffers a kind of mental break and takes off to live in her maternal grandfather’s cottage in Co. Donegal. Much like Beatlebone’s John Lennon, or the narrator of Sarah Baume’s excellent A Line Made by Walking, Lucy uses the isolation afforded by her new surroundings to narrate the story of her family in a series of non-sequential fragments.

Since the collapse of the Celtic Tiger in the mid-to-late-2000s, there has been a small but well-received corner of Irish literature dedicated to exploring the intricacies of the diasporic experience in Britain.

Without patronising to the view that life in the Irish countryside can somehow act as a salve from her busy urban existence, Lucy nevertheless reflects on the importance of family, the impulse to run away, the value of art, and the lasting fallout from addiction. She treats the Donegal locals with deference and respect, and begins an uncomplicated love affair with a local boy who seems to understand her predicament. Loneliness, of course, being a condition that transcends cultural divides.

Along with the works of Caroline O’Donoghue and Kevin Barry, Jessica Andrews’s novel marks the beginning of what could be an interesting new wave of contemporary Irish literature exploring the diaspora in Britain. There are older and more specified regional stories still to tell — as exemplified here in Ian Duhig’s heart-rending essay on growing up in Kilburn and Leeds —and there are new stories which have yet to be told to anyone. Stories from Ireland’s rich and varied BAME community. Stories about the changing face of Anglo-Irish relations and the potential implications of Brexit. Stories about a self-confident and compassionate nation, unashamed to confront its past, and unafraid to embrace its future.