The performances will take place on Fridays 9, 16 and 23 October. All three will be live-streamed worldwide in HD here on RTÉ Culture and broadcast live on RTÉ lyric fm from the stage of the National Concert Hall. Paul Herriott presents.

Speaking about the three concerts from his Dublin base where he is restricting his movements for a 14-day period in advance of rehearsals next week, Jaime Martin says: "I am so looking forward to working again with the RTÉ National Symphony Orchestra. I cannot wait! We have designed three very different programmes with music very close to my heart: Ravel and Beethoven in the first concert followed by a virtuosic extravaganza of incredibly spirited and lively music by Stravinsky, Mozart and Prokofiev and the final concert which brings music of my country, from Spain, which we hope will bring light and life to dark times."

The concerts feature two masterpieces in search of peace and resolution in challenging times (Ravel's Le tombeau de Couperin and Beethoven's Symphony No. 7), two magnificent 20th-century displays of orchestral colour and mood with a delightfully effervescent miniature symphony for strings (Stravinsky's Pulcinella Suite, Mozart's Divertimento for Strings in D, Prokofiev's Symphony No. 1 'Classical') and, finally, music from two brilliant ballets, an opera and the distinctive accent of zarzuela from three of Spain’s most compelling composers with a flamenco singer and dancer as soloist in one work (Falla's El sombrero de tres picos (The Three-Cornered Hat); Suite No. 1, Granados Intermezzo from Goyescas; Falla's El amor brujo (Love the Magician) and Chapí's Prelude from La Revoltosa).

Mozart - Divertimento for Strings in D

Find out more about the RTÉ Symphony Orchestra here. 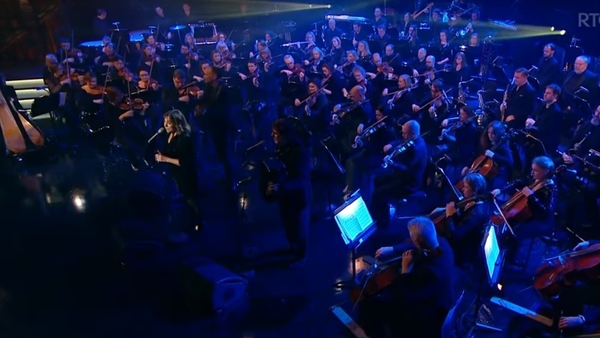 Watch: Mary Black & the RTÉ NSO on the Late Late