Lyric Feature Preview: Pat Boran is an Irish poet, writer and broadcaster. Born in Portlaoise, he now lives on the northside of Dublin, not far from Bull Island, which he has visited thousands of times, in all weathers, at all times of the year, at all times of day - listen to Bull Island Haiku above.

A long sequence of haiku, inspired by his walks, was published in 2015 as Waveforms: Bull Island Haiku by Orange Crate Books.

Working in collaboration with radio producer Claire Cunningham, this sequence of poems has now been transformed into a Lyric Feature that transports the listener to the island to experience 40 minutes of rich and evocative listening, and beautiful words, sounds and images.

Below, Pat Boran describes how the sequence of poems came about...

In June 2012 I lost one of my closest friends, and although we had all seen it coming, still it took the ground out from under me.

I’d always been a walker, but almost immediately I found myself walking more or less every day, usually alone, along Dollymount Strand, the sea-facing coast of Bull Island in the northern part of Dublin Bay, a couple of miles from where I live.

In the beginning, I walked just to be moving, just to feel myself alive.

There was something about that largely instinctive daily routine that helped me get through the profound loss I was feeling. So much so that over the following year or more I continued, almost every day, to make my way down to Dollymount and to walk from end to end of the long unbroken stretch of sand or, increasingly, to make my careful way in and along the bumpy backbone of dunes and marram grass that is Bull Island proper.

In the beginning, I walked just to be moving, just to feel myself alive. Depending on the weather, on some days (despite the fact that I was so close to Dublin city) there was very little to be seen: the three broad stripes that made up the sky, the sea and the strand. In time, as I got more habituated to the place, my eye moved from those larger, more obvious features to the kind of details that can attract and hold both the eye and the imagination: the little lace-like curls left in the sand by burrowing lugworms, a small cluster of pebbles washed and rolled and laid out on the apron of sand like a jeweller’s morning display, a single bright yellow flower peeping up among the pikes and spikes of marram grass.

In these strange and challenging times, as more of us find ourselves sticking close to home, and re-exploring on foot places we might have flown over or driven past in previous years, Bull Island Haiku is an invitation to take consolation in the beauty of small things...

As I walked I wondered about these things, and started to look forward to seeing how they might have changed by my next visit. As I walked I talked about them to myself and, before I knew it, was stopping to finger-tap my little observations about what I saw into my phone’s note-taking app, limiting myself to three lines of text, an echo or tribute to the three bands of sky, sea and strand that was all I saw before I started to trust myself to see.

From those little fragments, in time I accumulated the material for a small book of poems and photographs, entitled Waveforms: Bull Island Haiku. And it seems fitting to me that the book was formed, accidentally, one small poem or haiku at a time, almost precisely as Bull Island itself had been formed by the wind, one grain of sand at a time, as an unforeseen consequence of the change in the tides following the building of Dublin North Bull Wall, approximately 200 years ago.

In these strange and challenging times, as more of us find ourselves sticking close to home, and re-exploring on foot places we might have flown over or driven past in previous years, Bull Island Haiku is an invitation to take consolation in the beauty of small things, local things, things that are so well known they can be taken for granted but which might, in a pinch, help us find our way again, and our balance, in the world. 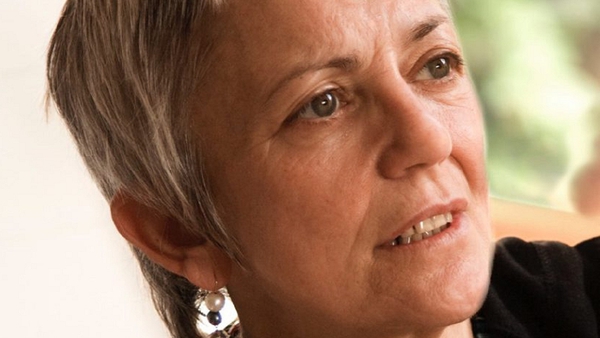 Lyric Feature: Over Nine Waves - - the mysteries of The Song of Amergin