Dermot Bolger writes for Culture about the long road taken to the publication of his first short story collection, Secrets Never Told, and his first steps upon a life-long literary journey.

I still recall the sense of almost unbearable anticipation when I walked from my childhood home in Finglas in 1976 to a newsagents to purchase a copy of The Irish Press newspaper. As a seventeen-year-old schoolboy, this was a ritual I did for my father, when he was at home from sea. But that morning was different. For the first time I was buying a newspaper for myself because the Irish Press's famous literary editor, David Marcus – who had published my first poem on his New Irish Writing page some months previous – was publishing my first ever short story.

Since my early teens, I had opened up my father’s Irish Press to excitedly read short stories by writers who were famous or unknown. But on that morning in 1976, it seemed miraculous and terrifying that when strangers nationwide opened their newspapers, they would read words by me.

For me, the allure of the short story dated back to 1972 when, about to enter secondary school, I inherited my brother’s battered Intermediate Certificate English textbook, Exploring English – an anthology of stories edited by Augustine Martin.

Standing on that street corner, with another year of school to go before I started work in a local factory, I had no idea what the future held me for me.

I remember sunlight streaming into the back bedroom in Finglas Park – the room where I was born – as I lay there, aged thirteen, tentatively opening that book and feeling on the cusp of a new world. That book presented me with new names to ponder, and only half were writers. The contents page listed authors like Mary Lavin, Liam O'Flaherty, James Plunkett and Katherine Mansfield. But the back cover contained a second inventory of names, in my brother’s handwriting – rock bands to whom he and his long-haired friends were listening: Led Zeppelin, Thin Lizzy, Procol Harum and Jethro Tull.

Both lists of names represented worlds I was eager to explore. That summer of 1972 – in between working illicit shifts as an underage van boy for Palm Grove Ice Cream – I listened to lyrics by Phil Lynott and Neil Young on scratched vinyl albums. But I was also devouring a different alchemy of words when reading those short stories selected by Gus Martin.

1972 was when I made my first tentative attempts to write, with little idea of what I wanted to say, but possessed of a sudden fierce desire to put my thoughts on paper. Now, four years later, I emerged from that Finglas newsagents with The Irish Press. My fingers shook so much that it took time to read my story on a street corner: a story that incorporated three changes suggested by Marcus in a small note sent in his immaculate handwriting.

Standing on that street corner, with another year of school to go before I started work in a local factory, I had no idea what the future held me for me. A tiny new press, The Irish Writers Co-Op – run by Irish writers – had just published debut collections of stories by two young writers, Neil Jordan and Des Hogan, who both also started out by being published by David Marcus.

My dream was to one day follow their example and publish a debut collection of stories. But I never imagined it would take me until 2020, some forty-four years later, to achieve this ambition, with my debut collection, Secrets Never Told, now published by New Island Books.

In fairness to me – in the same way as film slowed up Neil Jordan’s literary output – I had my own share of interruptions over the intervening years, in the form of fourteen published novels, two collaborative novels, seventeen plays, ten collections of poetry and three decades of wasting my Friday evenings making runs into the box on muddy pitches in search of the perfect diving header.

I remember sunlight streaming into the back bedroom in Finglas Park – the room where I was born – as I lay there, aged thirteen, tentatively opening that book and feeling on the cusp of a new world.

However now, forty-four years later, my overdue debut exists, even if it doesn’t contain the story David Marcus published back in 1976. But it contains a story about Roger Casement which David published in the last anthology he ever edited for Faber. I have precious memories of being privileged to go to meet him in Wynn’s Hotel to discuss the story and finding this elegantly dressed elderly gentleman patiently waiting on the front steps, umbrella and leather gloves in hand, smiling shyly. Following a stroke David was having problems with his memory, but I recall not just his courtesy, but his ability to utterly focus on the story and how he came prepared with three editorial suggestions in the same handwriting that I remembered from 1976.

My book contains eleven stories, all commissioned by editors or radio producers. While grateful for such commissions, the word limits involved meant that I always needed to truncate the story I wanted to tell to fit the available space. However, these past six months of pandemic lockdown gave me the mental space to finally rewriting my stories, not for any editor or broadcaster, but simply for myself and any reader willing to go on an imaginative voyage with me. Finally, my characters got the space to talk at length. They frequently surprised me in the twists their imaginary lives took and the secrets they revealed.

I was lucky enough to meet my two great childhood influencers, David Marcus and Gus Martin. In my last memory of Gus, he is lying on a grass bank, watching me captain an Irish soccer side for him at a James Joyce Summer School he organised. It was Ireland versus the World, but my Irish team-mates were all Irish Americans who had never kicked a football. I ran around desperately throwing my body in the path of shots while Gus lay in paroxysms of laughter, happily roaring abuse at me.

I would love to be able to sign copies of my book for these two men who made me fall in love with short stories as a schoolboy. Alas, time has moved on, but I will still raise a glass to them both. 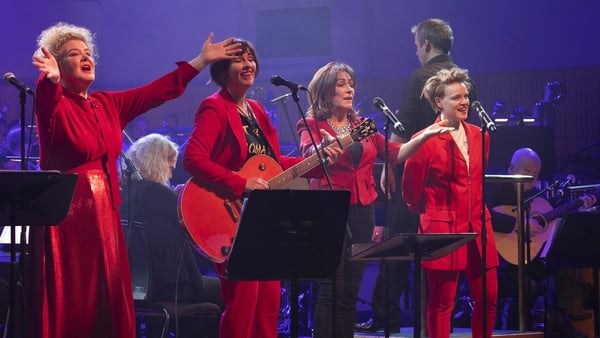