From the shortlist of ten for this year's RTÉ Short Story Competition, read Guinness & Coke by Lochlainn McKenna...

I wake up to the sound of seagulls crying overhead. I roll over and see my father fast asleep in the driver's seat alongside me. He’s twisted around the steering wheel with his back to the door. His mouth ajar, snoring lightly.

Condensation has cocooned us from the outside world, but I can tell it’s not too early to get up. The car is claustrophobic but oddly comfortable, I don’t want to shift my body in case I let any air breach my 'blanket’, but I need to pee; so I do.

I hop out of the car and head for the nearest verge. I see now that we’re pretty close to the sea and there’s little around us except for one small mountain and a long road back along the flatlands. Some inquisitive sheep with muddied orange and ecru wool come to check up on me.

I see my father now too. He stretches and puts his boots on the roof of the car.

He spots me across the way and smiles.

He raises his arms over his head and releases a squawky reptilian-esque yawn.

"You fell asleep around 11 and I pulled up here at… I don’t know, two? It was too late to pitch the tent anyway."

We brush our teeth using a gallon bottle of water that he’s rigged with a spigot faucet in the boot of the car and then we’re on our way.

This was our normal. Every weekend was the same. "Pick somewhere," he would proffer. I’d think of anywhere then, impulsively, entirely off feeling: "Donegal!"

"We went there a couple of months ago. How about Antrim?"

"Have we been there before?"

And it really was as simple as that. Friday to Sunday. Every weekend. Ritualistically.

We drive -- quicker than we need to -- along narrow, country roads. Always taking the roads less travelled, he always thought it made for better adventures if we stayed off the main roads where possible. We pass a couple of garages, Dad regularly checking the price of unleaded and getting me to jot them down - decimal n’all - on the back of an envelope that he’d received his weekly wages from the site in. Once we’ve worked out the cheapest option we circle back round, passing the nearer two. Every penny matters he’d tell me.

We put a tenner in the car and a fiver in the red back-up can. He lets me fill them both. We get "snacks and surprise", which usually meant I’d pick up a Mint Crisp bar or a packet of Snax as a post-breakfast-roll-treat. When we’re finished our meal we add them to the sea of rubbish under my feet. I always thought it was a funny thing to do, to collect so much rubbish and put it in the same place as where you slept.

Some nights when I was tucked up snuggly under the work jackets, fleeces and high vis vests – anything we could get our hands on to create a makeshift blanket - I’d toss in my seat looking for a comfortable position and knock my foot against one of the many milk bottles or 7up bottles below, creating a dull plastic thud.

We carry our backpacks up to the small passenger ferry in Ballycastle. We’ve got everything we need with us: our tent, sleeping bags, portable camping stove, a military grade army knife, matches, plenty of warm clothes, a kite, and, of course, my football.

On arrival we walk the circumference of the island, it doesn’t take long. It’s small and similar to most other islands in Ireland. We do see some interesting looking geese and a lighthouse. After a couple of hours we come back around to the pier where we first landed. We get some fish and chips in Emma’s chip shop. I don’t like fish but my Dad remarks how fresh it is.

"Shall we have a game of pool?"

"Do they have pool here?" I ask, surprised.

Then we head to the pub. Dad orders me a Coke with a green and white straw and a Guinness for himself. As promised, we play pool -- he wins, but I put up a good fight, I’m a pretty experienced pool player and sometimes I sneak the odd win here and there.

This one time my father bet a man £20 that I’d beat him in a game of pool and when I did the man was furious and refused to pay us. We never got the money but my Dad likes to tell people that story a lot.

I meet another boy there with blond hair and we play pool too and run around the bar for hours. Someone takes a picture of a baby with a cigarette in her mouth and they all laugh. The blond boy leaves at some point and I’m left with the company of the jukebox. I sit and sing all the Coldplay songs I know and create beer mat towers. Friendly wobbly locals interrupt my self-created serenity asking me to play "golden oldies" instead of this "dreary shite"; they leave me pound coins and I become banker and DJ 'in totale'.

My Dad animatedly discusses ancient Irish history with two men at the bar.

An older man looks at me for longer than I like in the bathroom. The hours pass. I drink at least another 10 Cokes and eat too many packets of King crisps.

As the night progresses I approach my Dad a few times to promulgate my boredom. He hands me another packet of crisps and ushers me away. I’ve already listened to every song I know on the jukebox, and created everything I can with the beer mats and there’s no one left to play pool with. I lie down on a bench beside the high window and fall asleep.

I wake up staring at the dusty white roof overhead. I don’t know how long has passed but my Dad is in the same place at the corner of the much emptier bar now chatting to a man with a very long grey beard. He notices me staring at him, my weary frame slumped against the pillar. My father tells his new company something about how good I am at speaking Irish or how skilled I am at martial arts; that I can take any man down, or something along those lines.

I’ve heard it all before.

"Where are ye staying? Your son’s exhausted, do ye need somewhere to stay tonight?" the stranger arrows in his strong Northern lilt.

An argument ensues, arms flail and before I know what’s happened we’re outside the pub with the door very much closed behind us, our bags tossed against the frayed black gate. My father falters and slumps from wall to post.

I don’t know what to do.

He falls around the tiny bohereen, dim orange light spills across the lanes in patches. The island is totally still with the exception of the crushing constance of the sea surrounding us.

He flounders around, trying to get close to me.

I don’t know what to do.

We vacillate around the island for another while until he eventually lands face first on a patch of grass adjacent to the pub.

I still don’t know what to do.

I sit for a while. The first sign of sun is peeking from beyond the horizon. My father is entirely lifeless, deceased in appearance.

I go back to the pub and drag our bags from the door to my father’s inebriated body and begin assembling our tent. I can only judge how long it takes to build the tent based on how much brighter the morning is now. It’s onerous and I’m scared, but I do it. I roll my father towards the tent and eventually flop him in. He grunts and moans as I heave him closer.

On the final roll, he makes a new tone of groan and then… vomits, on everything. Everything. All over our stuff and all over the inside of the tent.

I go outside and I sit and watch the sunrise because I don’t know what to do.

Morning -- well, second morning for me -- comes at some stage. There’s an apology and an "I don’t remember." I’ve heard it all before. I’m tired. We pack up and get the next ferry back to the mainland. At some stage he tells me how he drank 20 Guinnesses, 12 aniseed shots and five whiskeys. I don’t know what to do with that information.

We start to drive southward, it’s a long drive and we need to be back before 5pm but he promises he’ll make it up to me today. Then we have the conversation we always have.

I nod in response. I’m challenged to remember the fun we had when he lost his keys on the beach in Wexford or the time we caught eels with our hands in Leitrim.

It’s a long drive back to Cork but I guess he knows he needs to do something to atone for last night’s antics.

We stop at a small pond and throw stones at a piece of wood we’ve pushed out from land. We act like human trebuchets attacking an alien vessel approaching our shores. One of my rocks lands on the wood and I shriek with pleasure. My dad whacks his hand against a nearby rock face as he goes to throw a stone, I can’t help but burst into laughter. It feels like suitable comeuppance, and I feel forgiving. He lets me laugh as he squirms, knowing this is his punishment. The back of his hand is thrashed and pulpy, bloody and raw looking.

"Caught between a rock and a hard place, Dad!" I guffaw.

He wraps his hand in a makeshift bandage combo of tissues and a sock and continues to drive. I drift in and out of sleep as we pass from town to village and province to county. He speaks for hours about how our family were the kings of Ireland and how we’re descended from the sun god. I’ve heard all that before too. I sleep and sleep.

I wake up in his arms. I’m brought to the door of my mother’s house where I am exchanged. There’s a conversation, I’m too sleepy to know if it’s civil or not.

"Brush your teeth," my mother implores as I plod groggily upstairs. She follows me up and enquires about my weekend as she tucks me in. I tell her the good things. I tell her about sinking the wood, getting treats and going to the island.

"Sounds lovely," she says. She reads me a chapter of Harry Potter and kisses me goodnight.

When she leaves I get 'Sunday Syndrome', a feeling I get every weekend that feels like being two places at once but actually being nowhere at all. A loneliness while in the company of people who love you, like a ship that can’t come to port.

The next day is just another Monday. I go to school, meet my friends and play in the yard. I boast about how I travelled up and down the country, how I went to distant islands and met foreign island children and beat them in pool. How I drank 20 Coca Colas and had countless packets of crisps. But they don’t know what to do with that information.

I don’t bother telling them the rest. I never do.

I don’t think they’d understand. They’re not used to it.

Lochlainn McKenna is a film director from Cork, currently based between Dublin and London.
He directs music videos and TV commercials and has made videos for Westlife, Keane, Guinness and Toyota. His writing experience to date has been two short films, Pockets (2015) and Boxed Up (2020).

Guinness & Coke will be read on air by Éanna Hardwicke. 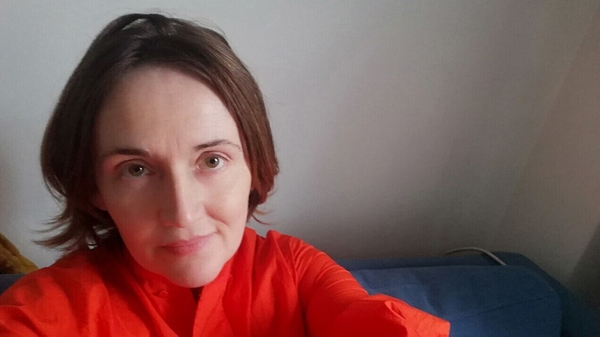 RTÉ Short Story Shortlist 2020: Beneath the Trees, Where Nobody Sees