From the shortlist of ten for this year's RTÉ Short Story Competition, read Everything Will Be Recorded by Seán Mackel...

A sunny day in Inishowen, an injured bird, and a grandfather's haunted memories...

Everything Will Be Recorded

He is hooded when they drag him through the darkness up the gravel path. In some dank, derelict building he is strapped to a chair. The air carries the musk of animal droppings. He imagines rats scurrying into the shadows. Is this where it happens? Then there is an audible clunk, the slow turning of cogs, a cassette tape unspooling. His voice cracks as he confirms his name.

A thud rouses Duggan from his armchair and lures him out to the scullery. Back in the day, a pin drop could trigger him. He peeks out the window. The tension evaporates. He opens the back door, tuts and hunkers over the step.

'Ach, poor thing.' The gape of the yellow bill contracts, as if, mid-song, the bird has run out of breath. He tugs the zipper of a grey fleece close under his chin, shivers. So much for spring. A bit of heat wouldn’t go amiss. He gazes out across the Foyle, senses old ghosts looming. For years now he’s paid them no heed. Inishowen has exorcised the worst of them. And then the Commission approached. Made their request through a third party. It went against the grain. In the end, he relented. Sent them a crude sketch of the terrain, an X marking the whereabouts.

But the effort of recall has rattled him. If the news can be trusted, recovery is expected any day. Seventies clips of the distraught mother are nightly on the box. She’s long gone. But hearing her again, after all this time, it has touched a nerve.

Duggan scans the hedgerows that lead down towards the lough. Double-checks for any hint of mischief. He knows what to look for. Nothing strikes him. Most likely the bird just flew into the window. It happens regular enough. Some peculiar combination of the April sunlight and the alignment of the glass creates a pristine reflection of the far shore. Poor buggers fly headlong into an illusion. Blue tits are the worst. Not helped by the line of nest boxes under the eaves. Strange, though, his first songbird. He studies the yellow eye-ring, sees the dark pip of the pupil cloud over as if a fragment of sky has been snatched. He feels a lump in his throat. Odd. He’s got tearful of late. Blames the Commission. Slightest thing. Wonders if it’s a sign of something worse. Early onset. Mental decay. Seems it’s everywhere these days. He swallows, brings a fingertip to the ribbed left foot, taps the elongated claw. The bird rotates a fraction anticlockwise. Not for the first time Duggan wishes he could wind the years back. He should have got the hell out of the place, long before the waters started to muddy. But then, the face he sees staring back at him from the TV, the kid they’re looking for, he was a tout. It was a war, not a bun fight. Although now that the carpet is being lifted, the only thing he’s sure of, is how wretched it all was.

The laces of his new docs are knotted around the ankles. His wrists ache, the chair back digs into his shoulder blades. With each intake of breath he gags on the hood. Panic comes in waves. His jeans carry the whiff of pee. He tastes blood.

‘Sooner you own up, sooner you go home.’

‘You swear youse’ll let me go?’

Duggan hears the jingle of the ice-cream van pull away from the front of his cottage. Any minute, Ida, his granddaughter will come skipping around the gable, cone in hand, her mother, Klara in tow. It occurs to him that the wee girl has asthma; in this chill the last thing she needs is a fright. No doubt her mother will have something to say; his daughter-in-law can be blunt. He’s heard his son Conor get an earful before. Some last minute hiccup has left him tied up in Germany until the end of the week. Unsure of the ground rules, Duggan considers hiding the bird under his fleece, diverting everyone down to the stream. Just the other day he spied frogspawn clogging the tree roots up along the bank. And besides, this time of year, the waters should be full of spricks. There’s bound to be an old jam jar somewhere in the shed. Or maybe a stroll over to the tulip beds might be handier; it’s some display, yellows, purples and reds. If Ida’s picture books are anything to go by, she loves her colours. They’ve only been here a day and her mother is never done reading to her. Duggan hasn’t much time for books. He learned all he needed to know from the real world. The sooner Ida’s allowed to do the same ... Duggan shakes his head. No one mollycoddled him.

Memories float up from his teens; a stray he once coaxed into the yard. She had a strain of collie in her; her black face blotched with russet and white. But then sheep were thin on the ground in Belfast. She chased lorries, bread vans, lemonade trucks, you name it. Until finally, one afternoon she belted after the Brits. Dog’s a bloody curse, his Ma always said. But Duggan didn’t mind, he loved that mongrel. Didn’t stop a squaddie felling her with a baton round, just for a laugh. He never forgot the weight of her limp in his arms, the warmth of her ribs, cheers spilling out from the jeep. That same year they stopped his Da in the street for wearing a gold Fáinne, arrested him when he refused to speak English. When Duggan learned what they did, how they broke him, bundled him into a helicopter, took him thousands of feet into the air, hooded him, dangled him over the edge. How when his Da screamed for mercy they threatened to toss him out somewhere over Cavehill. When eventually they did, he was only a yard off the ground. Soon as Duggan heard that, he knew what to do. Never looked back.

Finally, when it’s all over, he hears the clunk of the stop button, the rattle of a tape being ejected, a voice state the date and time. He wonders what will happen to the recording.

‘Are youse takin me back to me Ma’s?’

‘Soon as the wheels arrive.’

Duggan hears footsteps. Before he can react Ida is standing in front of him holding an ice-cream.

‘Did you not get one for yourself?’ he says.

Crouched over the step he tries to hide the bird. Ida smiles, rotates her hips. A miniature pink bear jiggles from a belt at her waist. ‘Would you like some, Opa?’ She offers him the creamy swirl.

‘I’m only teasing,’ he says. ‘Mama still talking to the man in the van?’

She licks the ice-cream and nods.

‘I know,’ he says. ‘I think poor wee Amsel might have flown into the window.’

‘There’s a good chance,’ he says, guessing what she means. ‘He might just be stunned.’

‘You know, like …’ Duggan struggles to think of another word. ‘Knocked for six. You know, half asleep. Do you understand?’

Ida’s mother is Lutheran. Although Duggan’s never sensed she is particularly devout. Around Christmas time he’s heard them mention the Christkind, but it was all in the same breath as Glühwein and Schnapps. Conor’s never said anything about religion. All the same, he wonders if Ida might have some notion of a Heaven. Not that he ever did. If the bird is dead, he’ll have to tread carefully.

Duggan’s not entirely sure what she means but her tone is pleading, and he sees the beginnings of a frown.

‘Maybe if we put him somewhere nice.’ He takes her hand and rubs the back of it with his thumb. ‘Poor wee Amsel might just recover.’

Startled by a car horn he is hastily untied and dragged to his feet, his legs so numb that he is forced to lean on someone’s shoulder. Pushed along a narrow corridor, he stumbles over rubble and cans. He hears a cat cry out, then scamper away. When he reaches the outside, the fresh air seeps through the fabric of the hood. As a breeze rolls up to greet him he takes a deep breath.

Duggan cradles the bird in his hand, raises it up and blows on the downy breast feathers until they tremble and curl. ‘Would you like to pet him?’ he says.

Ida switches the ice-cream to her left hand and leans close to stroke the bird’s head.

Again Duggan feels a lump gather in his throat.

‘I wonder where we might put him,’ he says as his eyes start to brim. He feels ridiculous and turns away. He looks out over the garden and the hedgerows as they slope towards the shoreline. ‘Maybe somewhere sheltered,’ he says, ‘where he can hear all the other birds sing.’ He swallows hard. ‘What do you think, Ida?’

Ida turns. She takes a moment to scan the scene. ‘There.’ She points to an apple tree off to their left where plump chaffinches are hopping through the branches. They watch them tear at the blossoms, sending white and pink petals tumbling to the ground.

‘Perfect,’ Duggan says. He straightens, takes Ida’s hand and they walk out over the lawn.

The crunch of gravel underfoot sounds heightened as they frogmarch him back along the lane. He smells gorse flower, hears the drone of bees. When they steer him out across the grass, he descends a steep bank, feels the needle prick of reeds through his jeans. A sudden flare of light penetrates the hood as the sun climbs above the horizon. He can hear waves breaking over pebbles, a ribbon of birdsong ripple out over the dunes.

‘Blackbird,’ he says, his heart lifting. Then, at the rasp of spades in sand, he freezes.

Duggan is on his knees by the apple tree, his granddaughter standing beside him. He reaches down to place the bird on the circle of petals and soil when a sudden burst of movement startles him. He draws back and instinctively reaches for Ida.

To his relief the bird is standing steady on both legs. It twitches for a moment, then hops. They see the wing feathers ruffle, the eyes blink, the beak gape. Then the head eases back and the blackbird releases a low-pitched song, a sweet melodious warble that streams out all around them.

As the birdsong grows in volume Duggan is overwhelmed by grief. His sob sends the bird into flight.

But Duggan does not see the blackbird fly. He sees only a hooded kid fall into a sandy grave.

Seán Mackel grew up in Belfast. He has an MA in Creative Writing from Queens University. He is the author of The River & Other Stories (Guildhall Press) and Strangled Laughter (Lapwing), and was a finalist in the 2017 and 2013 Irish Writers Novel Fair. He was also previously shortlisted in this competition in 2016. His poetry has appeared in Cyphers, Poetry Ireland Review, Cuirt Journal, FourW (Australia) and more.

Everything Will Be Recorded will be read on air by Lalor Roddy. 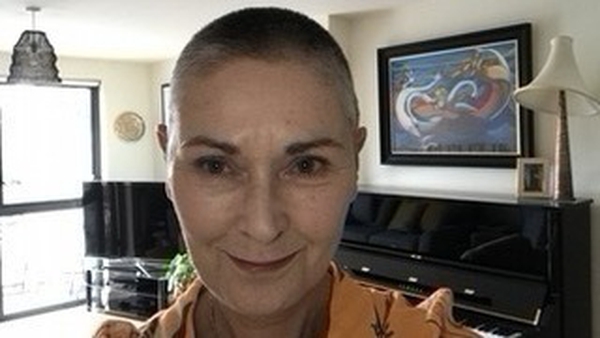 RTÉ Short Story Shortlist 2020: The Brow of the Hill