Dublin Fringe preview: Mad, Bad and Dangerous is a celebration of 'difficult' women, which will premiere online at 7 pm on Tuesday, September 15th - watch it here.

Below, creator and director Emma O'Grady writes about the inspiration behind the show...

Where are all the older women? During a global pandemic when the relationship that intersects age, gender, and public space has never been so fraught, the need to see, listen, and prioritise older people has been rendered explicitly visible; unfortunately, so has the reality that this is often not the case and we want to change this. These women trail-blazed for us since the 1950s. They were moving mountains long before hashtags.

Mad, Bad and Dangerous is a documentary series of interviews where well-known Irish women over 70 years of age interview each other. Each participant nominates a woman they want to interview, or be interviewed by, and in this way it is curated by the participants.

How Mad, Bad and Dangerous came to be...

2011 – Premiere of Bernadette: Notes on a Political Journey directed by Lelia Doolan at the Galway Film Fleadh. I was a young, broke artist (in fact: I still am) and I went along to see if I could somehow get into this film about my favourite socialist Bernadette Devlin. I arrived at the Town Hall and discovered that there were no tickets left. I loitered in the foyer as the place filled up with the film crowd (remember crowds?). What happened next taught me one of the lessons of my life in the arts: there are always more tickets (the other lesson is: there’s always more money). I stood in the now quiet foyer and was almost dejected when all of a sudden this tornado of a woman bursts out of the auditorium with a wedge of tickets in her hand, forces them into the hand of someone in a Fleadh t-shirt and in a voice that makes you jump instructed "Aoife! It’s starting, I have to go in, I have these left over - give them to whoever needs one". That was my first encounter with Lelia Doolan.

I didn’t know it then, but what she said to the volunteer taught me everything one needs to know: 1. She knows everyone’s name and treats everyone equally 2. She man-handles situations and does things herself. 3. She is kind. 4. She doesn’t appreciate waste or bulls**t. 5. She is always in a hurry to be somewhere. She spun around and barged back into the theatre, in my memory everyone’s hair was tussled from the backdraft. I caught some of that wave of energy and rushed up to the volunteer and stuck out my hand as if she as expecting me "Aoife?". Aoife didn’t hesitate, gave me a ticket and said "quick!". The film was astounding. It won Best Feature Documentary at the Galway Film Fleadh and later was the winner of the International Human Rights Documentary Film Festival in Glasgow.

2011-2019: Working in the arts in Galway, I began to see Lelia Doolan at everything. I noticed how she would speak up at events and call people out (especially politicians). She was funny and bold and seemed unafraid. I invited her along to a work-in-progress showing of my play What Good is Looking Well When You’re Rotten on the Inside? at Galway Theatre Festival. The show was based on cassette tapes recorded by my grandfather one month before he died. In the gentle, supportive atmosphere of the post-show discussion where I was getting delicate feedback from the audience on where they thought I should take the project.

Lelia Doolan on the arts, circa 1989, via RTÉ Archives

Lelia, in her practical wisdom, said "I hope you’re going to clean up those f**king tapes I couldn’t hear a word he was saying". I just found her gas. But then I started to learn about her achievements: she co-founded the Fleadh, the Cinemobile, she was chairperson of the Irish Film Board when it re-constituted in 1993, she was the first female director of the Abbey since Lady Gregory, she established the first Irish course in Media and Communications in Rathmines College (now DIT). Then I thought "My God, this one has been going for a long time" - she directed The Riordans for RTÉ, she founded a programme called 7 Days (a precursor to Prime Time). In the 1960s Archbishop of Dublin John Charles McQuaid allegedly said about Lelia "that woman is mad, bad and dangerous".

These women trail-blazed for us since the 1950s. They were moving mountains long before hashtags.

Dec 2019: I attended X-Pollinator, a conference/workshop for women working in film and theatre created by Lara Hickey and Katie Holly. Dee Roycroft made a speech and it ended "Where are all the older women artists? I hope that when I’m 80 I still have a voice, and I’m still in the room to use it". A week later I attended the launch of the Galway actress Siobhán McKenna’s archives at NUI Galway. Part of the day of events was a conversation between Lelia Doolan and Sr. Benvenuta (Margaret McCurtain). It was a lively, irreverent and insightful discussion between two women - aged 90 and 86 respectively – and it energised the audience. I started thinking about what The Lelia Doolan Show might look like and tweeted later about wishing there was a podcast of Lelia and Sr. Ben, to which Lian Bell replied "Why not a TV show? You could call it Mad, Bad and Dangerous". And so the idea was born. I met Lelia before Christmas to propose it: older Irish women interviewing each other. She was typically challenging and encouraging in equal measures. She ended the conversation with "With any luck, I’ll be dead before it happens, and I won’t have to do it".

2020: I have spent all of this year planning (and re-planning) and raising funds to make this project happen – working with Lara Hickey and Miriam Haughton. It’s a labour of love and will become what I believe is a really important social and historical public archive. 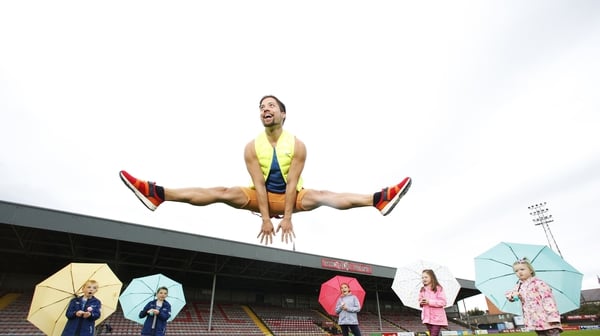