We're delighted to present an extract from The Boldness of Betty (O'Brien Press), the latest novel by Anna Carey, author of The Real Rebecca and The Making Of Mollie.

Set in Dublin in 1913, The Boldness of Betty is the story of 14-year-old Betty Rafferty, who has just unwillingly left school and started working in a cake shop. Betty joins the Irish Women Workers' Union, and soon she's out on strike - along with thousands of others, as industrial unrest grips the city. How far will she go for her beliefs?

I was still thinking about that bakery girl and how kind she was and how pleased the girls would be to see all those buns when I reached O'Connell Street. And then, just as I was about to cross the road, something extraordinary happened.

All the trams stopped.

They weren’t stopping at junctions, or to let another vehicle turn a corner. They just stopped dead in their tracks, wherever they happened to be on the road.The Number Sixteen stopped right in front of me, and the driver and conductor calmly got out of their tram. I looked up and down O’Connell Street and saw other tram drivers and conductors doing the same.There were at least a dozen trams stopped on the tracks to my right, going up to Rutland Square, and as many if not more to my left, down towards the bridge, going in both directions. All the traffic on the street had ground to a halt, because the stopped trams were blocking the roads. I’d never seen anything like this before.

For a moment I thought that there must be some problem with the electrical wires that power the trams, but then a man in an elegant fawn suit stuck his head out of the Number Sixteen.

The driver took something out of his pocket and attached it to the buttonhole of his jacket.

And with a rising feeling of excitement, I realised that what he had attached to his jacket was the red hand badge of the union. Next to him, the conductor was doing the same thing. I looked at the next tram down and saw its driver and conductor were pinning on their own badges. And so were the men from other trams. It was as if the street was suddenly illuminated by lots of tiny red lights.

‘But I have to get to Rathfarnham!’ the suited man cried.

‘This is outrageous!’ said the man.

Another man appeared next to him in the tram entrance, a tall man with a

‘That depends who’s driving it,’ said the conductor. ‘But if it’s my friend Puddiner’s day on that route, and I think it is, then no, it’s not.’

‘But why?’ demanded the moustachioed man.

‘Because Puddiner’s in the union too,’ said the conductor cheer- fully. He turned to the driver.‘Got your badge on, Davy?’

‘But this is outrageous!’ said the moustachioed man. ‘It’s Horse Show Week!’

‘I know,’ said the conductor regretfully.‘And there was I hoping for my usual place in the Royal Box. Still, no rest for the wicked.’ And he and his driver pal turned to go.Which is when he noticed me staring at them, my eyes wide and my red hand badge shining from my jacket lapel. He raised his hat.

‘It’s ...’ I couldn’t find the right words to describe what I thought of it. Everywhere I looked I could see drivers and con- ductors standing calmly beside their trams.The air was full of the sound of angry hooting – other vehicles were trying to make their way around the trams that had stopped at junctions, and passengers were yelling at the departing drivers. It was incredible. Us girls had caused a bit of annoyance to Miss Warby and some of the custom- ers. But these tram workers had brought the biggest street in the biggest city in Ireland to a halt! ‘I’m out on strike too’ was the only thing I could say. ‘Are you now?’The driver and conductor exchanged amused glances. But there was nothing sneering about it. It was a friendly sort of amusement.They reminded me of Da.

‘The bosses won’t forget this in a hurry, will they?’ said the driver.

‘I demand you take me to Rathfarnham!’ yelled the fawn- suited man, and he looked so angry I thought I should get back to Lawlor’s and tell the others what was going on before a fight broke out.

‘Good luck!’ I said to the striking tram men. The conductor gave me a cheery wink as the pair of them tipped their hats in farewell.

Pillar, and as I gazed all around me and took in the scene, a giddy feeling bubbled up inside of me at the sight of all those stopped trams and the crowds of passengers and curious onlookers that were gathering around them. Maybe we really could make a difference. Maybe our strike and the girls in the Savoy Café and the tram drivers all added up to something, something big and important that would change the whole world – or at least Dublin. 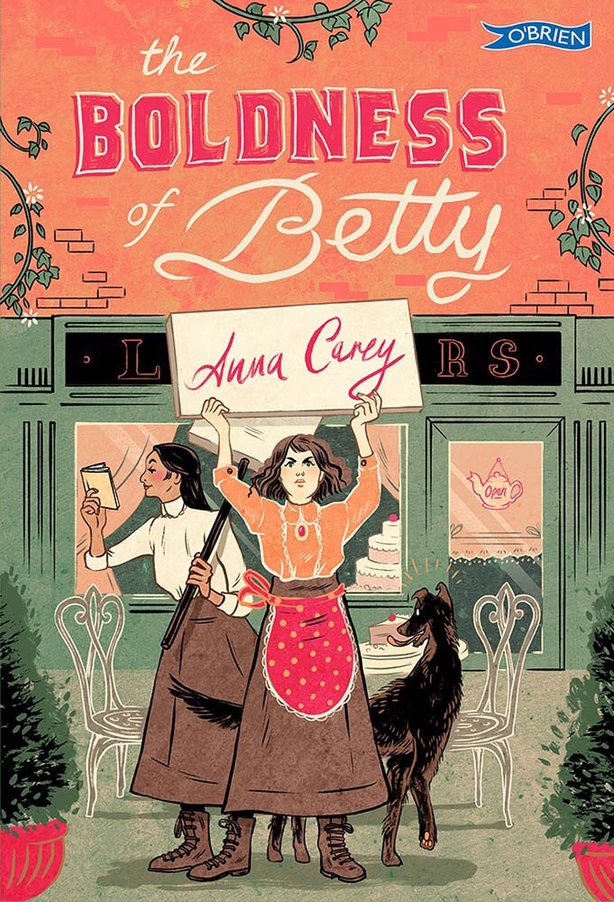 The Boldness of Betty by Anna Carey (published by O'Brien Press) is out now. 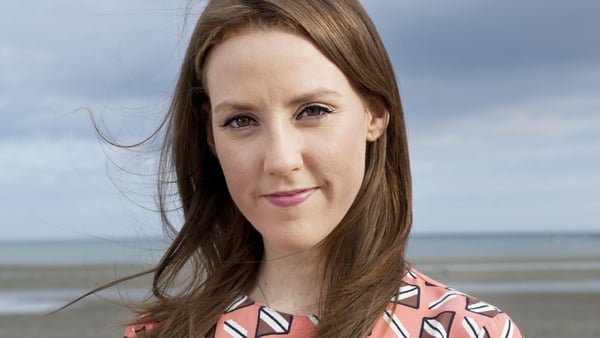 After The Silence by Louise O'Neill - read an exclusive extract