We're delighted to present an extract from A Ghost in the Throat (published by Tramp Press), the award-winning book from writer and poet Doireann Ní Ghríofa, now in paperback.

Embracing elements of autofiction, essay, scholarship, sleuthing, and literary translation, A Ghost in the Throat finds the 18th-century poet Eibhlín Dubh Ní Chonaill haunting the life of a contemporary young mother, prompting her to turn detective...

The gesture of pinching clothes to the line requires my arms to reach skywards, to where clouds gush by, a flood suspended in layers of silvers and greys. I could be underwater, now; I could be breathing liquid, looking up to a Beyond that exists on the other side of the swell that hovers overhead. Call it a cloud.

Deep in an old, old night, our city lies dark in the valley. Behind one draped window, a woman startles awake from a nightmare; even in sleep, Eibhlín Dubh's grief cannot still itself. In the dread half-light, she sees her home crumpled to ruin, the lands all shrivelled, the animals vanished, the air deathly silent, 'The Gearagh all withering, / without a growl left of your hounds / nor the sweet chirp of birds’. In her time, The Gearagh was an ancient alluvial forest punctuated with pastures and farms. The landscape itself was birthed long before, when an Ice Age glacier at Gougane Barra disintegrated, releasing a vast body of meltwater. In the gush and squash and crush of that flood, clusters of debris were shoved into hillocks. Grass grew. Weeds. Thorn bushes. Slow, those old centuries, as a forest was born of hawthorn, hazel, oak, and ash, where new birds sang new songs from each new branch. Soon, human voices lilted among those trees too, tending to the first generations of bovine jaws to gurn The Gearagh’s cud to milk.

Women worked by bucket-handles there, by brushes, pots and shovels, pinning clothes to lines, tossing grain to birds, feeding calves, hefting bucketfuls of well-water, peeling potatoes, holding children to their breasts, sighing and singing and stirring, and when everyone else slept, they bent in candlelight, darning fraying hems to suspend further unravelments. This was The Gearagh Eibhlín Dubh knew: hectic, boisterous, and invincible. Silence? Here? Impossible. For centuries this place defied her nightmare, in the laughter and song and turf smoke that continued to lilt on the breeze.

The first destruction of The Gearagh occurred in text. In the 1950s, planning documents detailed a hydro-electric scheme, the construction of dams, and a strategic flooding. Hands were raised, documents signed. A man lifted a map and circled an evacuation zone. Others nodded. The carts, the cows, the children, everything was led away, all the belongings and furnishings, the chairs and the tables, the baskets and pots and blankets, all carried to safety. Did the people lock their doors before they left? Did they leave keys in keyholes, or tie them on twine around their necks? In the distance, the river. Each ripple tense as a harp string. Plucked. Trembling.

The brutal heft of liquid comes rude and fast, flinging open doors without knocking, rushing through private rooms, finding any clothing left behind: the torn, the ill-fitting, and the useless. Water smiles, puppeting those limbs, jigging legs and arms until they turn to rags, and then to fragments of rags, dancing them and dancing again until every ragged dress’s warp is tugged from its weft. A grand and ordinary unravelment, this, how fast the fabric of a soundscape can be unpicked.

For six hours I think about that water as I rewrite these pages on a train, sharing a table with strangers who get drunk and drunker, laugh loud and louder, slamming the melamine table with football-chant fists until the keyboard shudders to my fingertips. No flinching. Each time I loop back to rewrite these paragraphs, I must watch The Gearagh flooding again. When I type the word ‘puppeting’, some invisible clock-hand ticks, some secret key twists, and without noticing, I bleed. Drop follows dark drop. Blot. Blot. Another daughter, dropped.

The empty rooms of The Gearagh sing only of liquid.

In my pocket is a tissue imprinted with dabbed lipstick, a sequence of wordless mouths come unstuck, each one red as blood.

When I visit, the waters are low, allowing ancient stumps to splinter the surface, their bleak limbs pointing, but towards what, I can’t tell. I’ve heard that the old rooftops can sometimes be seen through the water, so I lean my body over those deep gardens, all trembling with waterweed, where fish fly like crows. I am peering down from far above now, and although I

don’t see them, I do feel them below, the hidden rooms where women fed milk to infants and lambs, where candles were quenched by their weary breaths, where they called their lovers’ names in rage, in desire, or in fear, where they roared as new life thundered from them, Oh god, Oh god, Oh god, all those hidden rooms in which they smiled and died – they exist still, somewhere beyond the surface, even if no one sees them.

Back at my own clothesline, I think of those women. I arrange my body as they did: I look up. The clouds seem a flood, suspended far overhead. Our pasts are deep underwater. Our pasts are submerged in elsewheres. 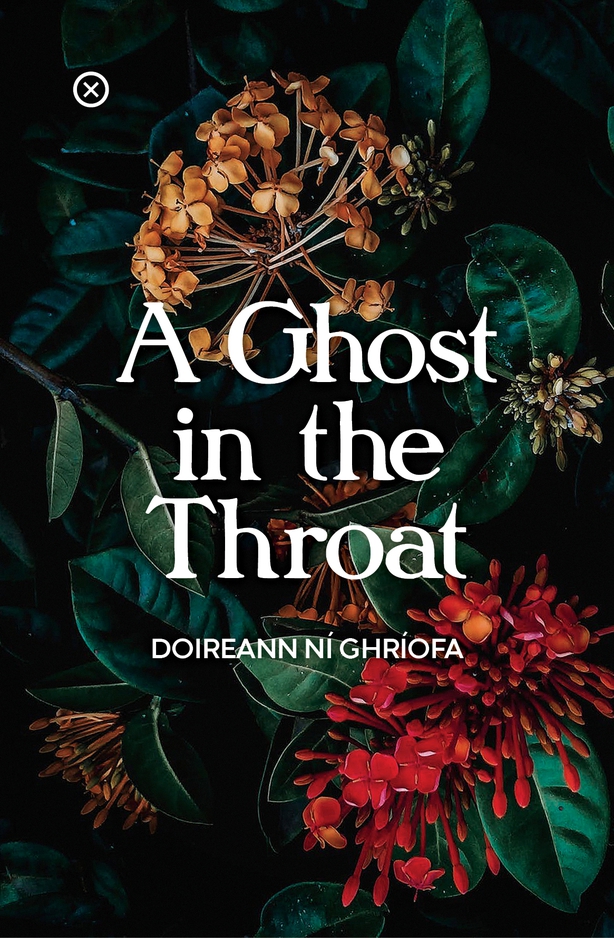 A Ghost in the Throat (Tramp Press) is out now. Photo: Bríd O'Donovan 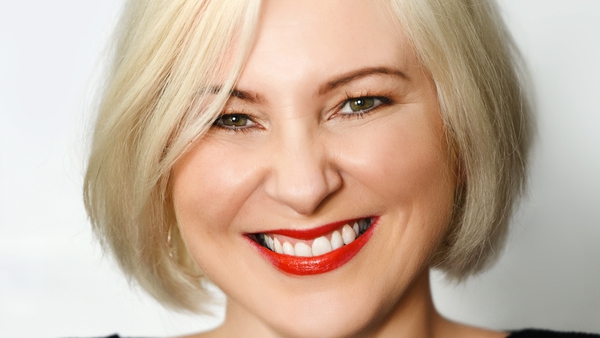 Below a Big Blue Sky - read an exclusive extract