With many major events across the country cancelled this year due to Covid-19, Irish people everywhere have been collaborating to create virtual and online experiences that have captured the imaginations of young and old alike. 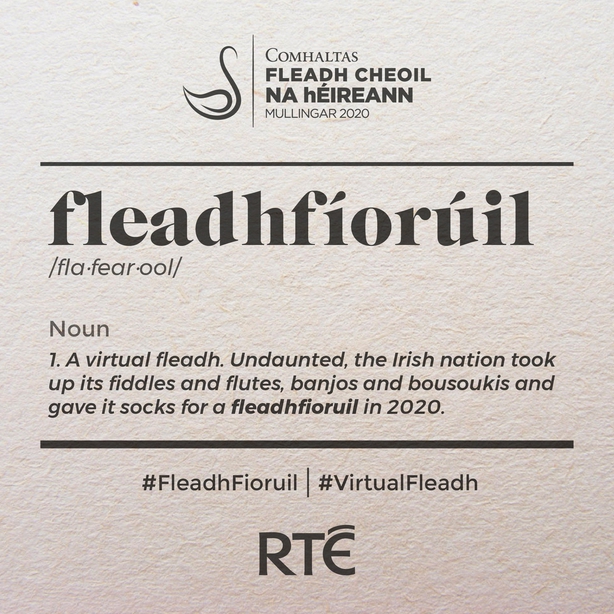 From the #RTEVirtualParade, which was a significant viral social phenomenon last St Patrick's Day, to the celebrated #BloomWithRTE initiative and, more recently, the RTÉ-supported #VirtualPrideParde, there has been no shortage of ingenuity, energy and can-do spirit from the public in recreating a whole range of beloved events.

And now RTÉ is partnering with the Comhaltas Fleadh Cheoil na Éireann, the world’s biggest gathering of traditional musicians, and among Ireland’s largest annual gatherings, to being you the RTÉ Virtual Fleadh.

The event was due to take place in Mullingar from August 2 to 9, and while we may not be able to Fleadh like it's 1999, RTÉ and Comhaltas will channel the epic energy of Irish traditional music at its finest, from the people that play it. 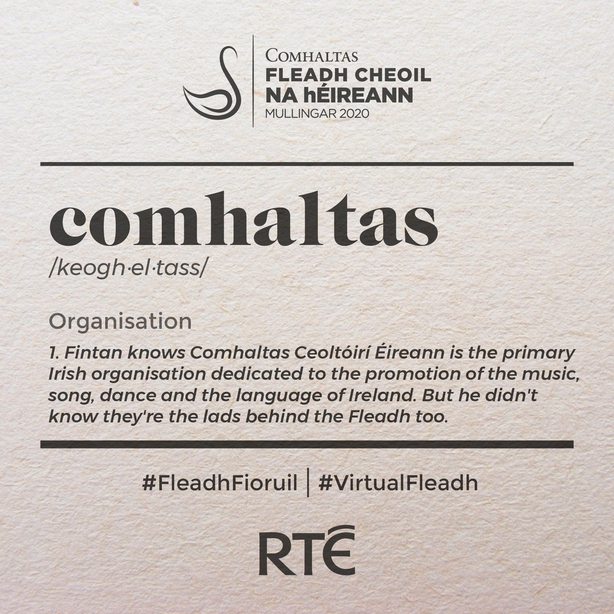 At home, on stage, on your favourite landmark (careful now), we’re asking musicians young and old to share their flair using #RTÉFleadhFíorúil or #RTÉVirtualFleadh, and we'll do the rest. And of course, RTÉ and Comhaltas are asking everyone to maintain social distance and to be mindful of all the Covid-19 advisories.

Kieran Hanrahan, presenter of RTÉ’s Ceilí House, which airs on RTÉ Radio 1 on Saturday nights at 9.02pm, says: "We might not be going to the Fleadh this year, so let Comhaltas and RTÉ bring the Fleadh to you. Starting today, we’re calling out to you ... musicians, music lovers and Fleadh devotees everywhere - in Ireland and abroad - to show us what you’ve got. 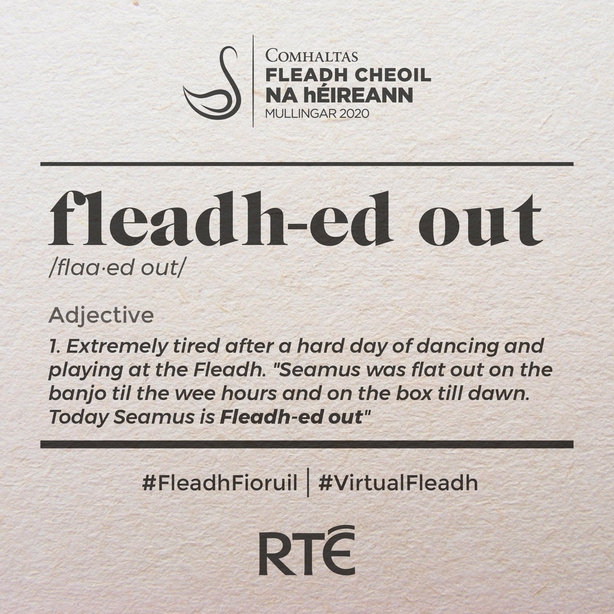 "We will aim to capture the spirit of the Fleadh as seen on street corners, in bars, on stages - the music of the people, played by the people. Even though we won’t all be gathering in Mullingar, we will gather virtually, and RTÉ will curate and showcase the best of what we get."