We're delighted to present an extract from The Restaurant, the latest novel from bestselling author Roisin Meaney, published by Hachette Ireland.

When chef Emily is left at the altar in front of her family and friends, she swears off love and instead throws herself into her new business: a restaurant with a difference. There's only one communal table, designed with the single diner in mind. Now it’s two years later, and with her business thriving with regular customers, romance is still the last thing on Emily’s mind – until she receives a letter from her ex who is returning home from Canada with a burning question for her…

He chooses minestrone, because last Thursday he picked cream of tomato, and variety is the spice of life. He wonders if he'll meet any of the other regulars today. Sometimes their paths intersect, sometimes he’s surrounded by strangers. He doesn’t mind either way: people come here to chat, to mix, so conversations strike up easily. Today he’s the first to arrive.

After taking his order, Emily lingers. 'Bill, I know you always tell me you don’t mind when I ask you to do something, but if you ever feel like I’m becoming a pest—’

‘One of the kitchen taps is dripping. There’s no rush, it’s not major.’

‘I’ll come Saturday afternoon, if that suits.’ He’d go to the moon on a bicycle if she asked.

‘Would you? Thanks a million, you’re a star.’

When she’s gone he selects a slice of olive bread from the basket she set before him, and spreads it with too much butter. A minute on the lips, an inch on the hips, Rosie Doyle would say if she saw it, arthritic finger prodding at the softness around his middle – but he’s fairly sure an extra inch or two on him would go largely unobserved. Long time since anyone looked at him with enough interest to notice stuff like that. He’s no George Clooney, with his tangle of hair and pointy nose, and mouth too big for its surroundings. Still got all his own teeth though, and the hair is as plentiful as it was in his twenties. Small mercies: he’s thankful.

The bread still holds the last of its warmth. He chews slowly, relishing the generous chunks of olive he encounters. He was twenty-two before he tasted an olive; he remembers biting into its crinkled black flesh, not knowing what to expect. The surprise of his teeth hitting the stone: he’d been thinking little pips, like a grape.

Greece they’d gone to, he and Betty, less than a year into their marriage, and just a few months after her mother died. A little holiday, he’d said, trying to pull his wife’s mind away from her grief, trying to distract her

with sunshine and bougainvillea and chunks of tender lamb on wooden sticks, and houses so dazzlingly white he’d had to squint at them.

Fragments of crust scatter with each bite onto the tablecloth. He swipes them into his hand and drops them back on his side plate. He reaches for the little glass jar closest to him and dips his head to sniff the primroses. He runs a finger lightly along a petal to marvel at its softness. He was never one to coax flowers from the earth – Betty was the gardener, and Christine had an interest too – but the sight of them never fails to gladden him.

The door opens to admit two women. He guesses mother and daughter. Right ages, same chins. Mother shorter, daughter thinner. They nod at him and take seats at the far end of the table. Came for the food maybe, happy keeping to themselves. He doesn’t remember seeing them here before, but this can’t be their first visit. New people always do a double-take when they walk in.

Emily reappears with his soup. She presses his shoulder briefly as she leans in to deposit the bowl before him. ‘Bon appétit,’ she says, like she always does. She turns her attention to the other two, leaving him with the echo of her touch, the soft, powdery trail of her perfume. He likes her in pink; she suits pale colours. Then again, he can’t remember seeing her in a colour that didn’t flatter her.

He tells himself to cop on, and lifts his spoon.

Over the following few minutes the table fills rapidly, as it generally does. People enter in ones and twos, seats are chosen, names exchanged with neighbours, handshakes across the table, conversations ensuing. Bill soon finds himself chatting with a holidaying Norwegian, who tells him that a barman recommended the restaurant to him the night before. ‘It is different here,’ he says.

‘You travelled to Ireland on your own?’ Bill enquires.

‘Yes. I like it, more interesting’ – but Bill can’t imagine heading off anywhere without a companion. Not for him, never for him. Took him long enough to work up the nerve to walk into this place by himself. For weeks he’d dithered, getting as far as the door and then walking on by, cursing his cowardice.

It’s your first time, Emily said, when he finally made it across the threshold. The question unnecessary, with him hovering on the sidelines like a red-faced fool, having missed, in his botheration, the sign that told him he could sit wherever he chose. I’m Emily, she went on, putting out her hand to clasp his. You’re very welcome. He told her he was Bill, and she seated him next to a tiny old woman with a head of sparse snow-white hair, whom she introduced as Astrid. One of my regulars, she told him, doing her best to put him at ease.

Over the course of the forty minutes or so that he spent in her company, he learnt that Astrid had been born in Austria, but had lived in Ireland for most of her life.

We got out just as the war was starting, she said, her accent barely discernible, the rs softened, the ts sharp. We were lucky: my father had contacts in high places. We came to Ireland because it was neutral, and he thought we would be safe here, and so we were. I married an Irish man but I’m a widow now, and we were not blessed with children.

Bill told her he’d been widowed too. He mentioned a daughter but didn’t dwell on her. She has her own life now, he said, and left it at that, and thankfully Astrid didn’t probe. He has since come to recognise and appreciate the sensitivity that allows her to understand what isn’t always articulated.

As he gets up to leave, Bill spots the two women he noticed earlier in conversation with a pale, freckly man whose wire-rimmed spectacles perch on the bald dome of his head. As he talks, the man tears a slice of bread into pieces and floats them in his soup. He glances in Bill’s direction and catches his eye briefly before Bill lets his gaze slide away, afraid that a smile might come across as mocking the bread islands.

‘Always good to see you, Bill,’ Emily says, taking his money, and his name on her tongue sends warmth through him.

‘I’ll be back on Saturday,’ he replies, but if it wasn’t Saturday it would be Sunday, or soon anyway. He can’t stay away, is the truth of it. He feels compelled to return, like Astrid. This place is like home for me, she told him that first day. I come here two, sometimes three days a week – and now it feels like home for him too, and he’s become one of the regulars that Emily entrusts with the shy newcomers. He drops in nearly every other day for lunch, and on Sundays he sometimes treats himself to evening dinner here.

But it’s not just the food that pulls him back, or the company of his fellow diners. The pathetic, laughable truth is that his foolish smitten heart insists on his returning, again and again. Another encounter, it commands. Another chance to look at her, to listen to her. Another chance to do your level best to make her laugh. 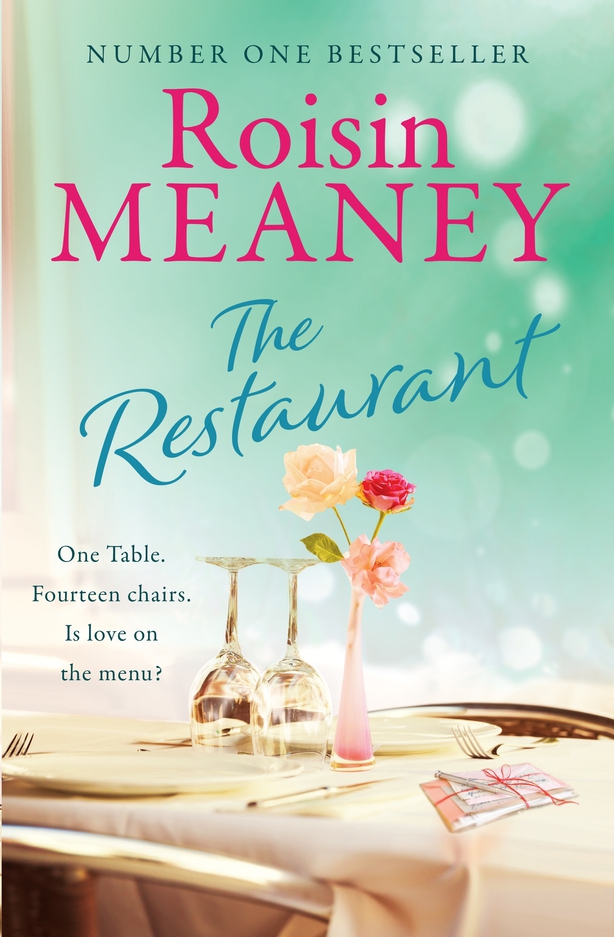 The Restaurant by Roisin Meaney (Hachette Ireland) is out now - find out more here. 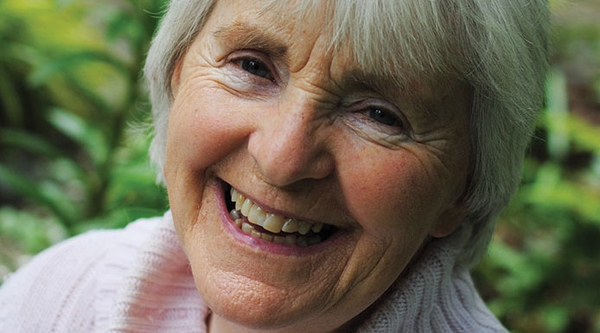