Cassandra Voices is a Dublin-based magazine with a global perspective - in recent weeks, they have been hosting a series of compelling diaries anonymously written by different doctors confronting aspects of the Covid-19 Pandemic.

Read a sample below...

It's Saturday morning and I stand exhausted in line for my weekly shop, having left home without breakfast to get ahead of the despondency that might otherwise keep me indoors all day, despite the incongruent sunshine. I know at heart I am mostly there in hopes of some semblance of normal human contact. The phone rings as I wait. I answer to the now familiar voice of the coroner detailing the latest coronavirus-related death at the nursing home where I work as a doctor. My mind races through the expanding catalogue of names residing in the hastily fashioned 'COVID wing’ and fixes upon her sunken face and heaving chest.

Last I saw her, rendered unrecognisable behind sheets of dehumanising plastic, she clutched at my hand with her failing limbs and begged me not to leave. But in every room, each now unadorned with the usual ersatz trappings of home and identity one finds in nursing homes – photographs, homespun blankets, love letters from grandchildren – fellow residents lie awaiting their rushed assessments. Oxygen saturations, pulse and respiratory rate, a survey of existing co-morbidities, and finally resuscitation and transfer status to be revisited and revised: who might possibly be saved by hospital transfer, and whose last comfort would be the inevitable cocktail of morphine and midazolam, slipped quietly under the skin at intervals until death arrives.

I cease to sleep. I withdraw from friends and family, unable to explain how this has all come to affect me.

I have some forty patients to see before resuming my main function back at the practice in the afternoon. There I will take calls from many of those caring for the residents and triage their symptoms, almost inevitably caused by the virus that has taken hold in this seemingly forgotten corner of society.

Across the hall, the atmosphere is suddenly lifted by the wit and humour of a ninety-odd year-old who has somehow escaped the dementia and delirium that pervades here. Unlike his fellow residents, this is a man who never wears his breakfast and is more recognisable to me in crisp shirt and tie, top button fastened. When we first met some months ago I doubted his cognition on hearing him shouting instructions to 'Alexa' across the room, but it turns out that I was the one that was out of touch. I look at his records – not for resuscitation, not for transfer. Despite his joviality, the oxygen levels already look poor. Given that it is still early on in the course of his infection, it is only a matter of time before he will crash and be gone.

I break the rules and cross the city from odd to even postcode to visit my widowed mother at a remove.

As the nation scrambled to prepare itself for the deluge of demand on ventilators, this was the kind of man who was never to have been deemed eligible. Yet in spite of the full newspaper spread photos of busy intensive care units, I know there is room for him, and that he has the will to live. Despite his age, were he to defy the admittedly poor odds, he has a quality of life to return to. We embark on the conversation that echoes a distant role-play from medical training which treads gently but directly on taboo. How is it you wish to die, and what interventions might be acceptable or worthwhile to try to prevent that?

I tell him I feel he should at least consider a hospital assessment, and he accuses me of looking for the remaining half of the president’s cheque that he had promised to his doctor following his last successful visit to hospital some months previously. The next time I am at the home he is no longer there and I hope to God I have made the right decision in encouraging him to leave.

Week after week we are alone. Where is the calvary? Where are the boots on the ground? Who is going to help?

On and on it goes, as the moisture accumulates under my mask and the goggles steam over. The delicate exercise of balance between connection and scientific detachment as I pass from room to room. Gaping mouths and vacant faces paint a poor prognosis, but even the most frail have surprised us to somehow come out the other side of this infection. To what quality of life, one may well ask. Does dementia provide some sweet oblivion to the horror of all of this? It is an ugly and brutalising process, despite best efforts from nurses and carers.

Almost entirely recruited en masse from India, these are the compassionate and cheerful bearers of what society now refuses, at poor return to themselves. Let’s not forget that it is a business after all. Living on site in groups of eight or ten, they are simultaneously the protectors of residents and also the vectors by which many will now die. Left to their own devices by a distracted state and a self-preserving management structure (inevitably homegrown), they continued over recent months to meet their duties without full awareness or being properly equipped, and so the virus spread its wings to envelope the entire campus.

Care facilities always tell a story with their decor. I remember a private hospital from training where a self-playing grand piano sat in the lobby. It was possibly the last place in the country I would recommend anyone actually falling ill. This centre is steeped in a dubious faux-heritage atmosphere of fake mahogany and red carpets. At one point there was even a Leeson Street nightclub type velvet cordon rope placed outside the entrance. Perhaps more than anything else these finishes are there to assuage the guilt families inevitably feel as they break a certain human code by consigning a loved one to an institution. Such is the society we have organised for ourselves. But in this situation the contrast between decor and reality is one of the utmost dissonance; all is well, while everything is falling apart.

Gaping mouths and vacant faces paint a poor prognosis, but even the most frail have surprised us to somehow come out the other side of this infection.

The airwaves and print media are bursting with opinion, analysis and occasional outrage as the crisis unfolds and consumes the institutionalised elderly. The great and the good understand and discuss, sounding wise and all-knowing. But week after week we are alone. Where is the calvary? Where are the boots on the ground? Who is going to help?

I cease to sleep. I withdraw from friends and family, unable to explain how this has all come to affect me. On the telephone, I struggle to contain the emotion of the distressed families who have been kept away from their loved ones for months at this stage. Meanwhile, the underclass of cleaners, carers, assistants and nurses struggle on, now considered heroes without capes, but shorter staffed and more at risk than ever. Simultaneously caring for and infecting those they seek to serve.

I break the rules and cross the city from odd to even postcode to visit my widowed mother at a remove. The atmosphere is a languid scene of early summer as dogs are walked and the dividends of lockdown are embraced. Garden parties are heard over walls and milestones of self-development and Zoom yoga classes are considered. It’s a different world. But perhaps it always was. On leaving I check my phone and see another two missed calls from the coroner. 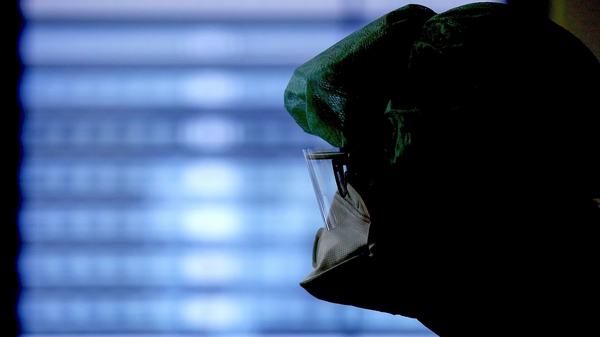 Listen: What literature can teach us about pandemics