This Wednesday, Bruce Springsteen will perform at the Jersey 4 Jersey concert where artists help raise money for the New Jersey Pandemic Relief Fund to help the state's response to Covid-19, writes Rory Houston.

Jersey 4 Jersey will be broadcast from 11:59 pm Irish time on Wednesday on Apple Music and Apple TV apps worldwide.

It will also be broadcast live and rebroadcast on E Street Radio on Sirius XM.

Here we look at 10 classic performances by The Boss that come to mind when it comes to dealing with the crisis and maybe to lift your mood. Don't be surprised if one or two are performed on Wednesday night....

A song of wilful defiance in the face of adversity and being ready to take on the world.

Released in 1978 as part of Darkness on the Edge of Town, it remains a staple of a live setlist, both solo and with the E Street Band, offering hope and building anticipation with each passing verse and chorus.

This version live in Tempe in Arizona 40 years ago is among the best.  If one song was to capture a live Springsteen performance, this would be up there.

Part of the Sessions tour which began in 2005 and resulted in the Live in Dublin release, The Boss covered the legendary protest anthem made famous by Pete Seeger, building a two-year project covering folk music around it.

He describes it as the song that got him started on the idea. It has been used in countless movements, including in Ireland, and today seem more apt than ever.

Here, sung acoustically as part of The Ties That Bind documentary, which is the story of the making of The River album, this song hints that it might seem like life was planned to be a solo journey, something many are feeling at the moment. The conclusion disagrees!

4) If I Should Fall Behind

A love song released as part of Lucky Town in the 1990s, it was revisited for the Reunion tour at the end of that decade and performed with members of the E Street Band on vocals, each taking turns in verses and chorses to recognise the feelings behind their second coming.

It tells of difficult times that life can bring and when someone steps out of sight, to wait for their return.

I'll wait for you.

A song 160 years old, written by Stephen Foster, many artists have covered it through exactly what it describes.

For this performance from Hyde Park in 2009, part of the Working On a Dream tour, and released on DVD, Springsteen performed it in light of the global recession.

There is no doubt it will be taken on by other performers again soon...

One of the great modern Springsteen songs, written for 2007 album Magic. It describes the economic and ideological struggles of a place that appears to be faltering, yet it still retains the qualities that made it great. Or at least legend says.

The message is how it will take time to get back to what was a home, and if it will ever come.

During the last E Street tour, it appeared on some setlists with a nod to the Trump presidency in the US.

Springsteen offered some insight into his struggles mentally in his acclaimed memoir Born to Run.

In his most recent musical release, Western Stars, which was accompanied by the cinema release of a live album performance, Hello Sunshine portrays a figure that once wanted to be isolated but comes to the realisation that it is not something to find solace in.

It is simply put:

You know I always liked that empty road

No place to be and miles to go

But miles to go is miles away

One of the singles released from his album The Rising, Springsteen's artistic response to 9/11, a song of determination that you can get through the hard moments to come out the other side.

First performed now close to 20 years ago, it is one for the crowd to get involved with and maybe from your home if Bruce picks it on Wednesday.

Okay, there should be a Thunder Road or Backstreets, and it's quite likely that they could get an airing this week. But that would be too easy for a list.

This was a b-side to I'm Goin' Down as part of the Born In The USA album and occasionally gets an airing out on tours with the E Street Band.

A warm pop song, the title is self-explanatory with the final verse detailing that until everything is taken anyway, there is still room for hope.

If you're sitting around waiting for your life to begin again, and you want to dream of a time when it will, this is the song for you.

Wallowing in self-pity and thinking of the hard moments to come will not achieve too much is the message. It's unlikely we'll here this on Jersey 4 Jersey but a mood-lifter could be in the offing.

Heaven knows - and Bruce knows - we all need one. 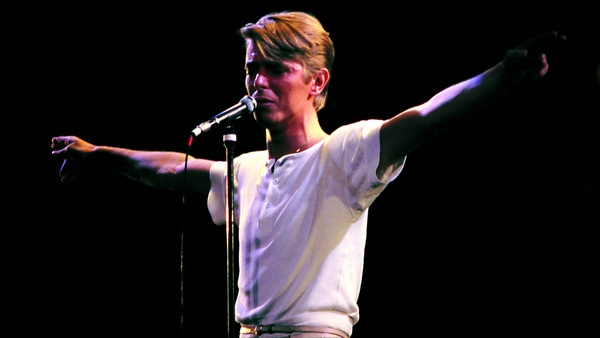