It was taken from the balcony, or somewhere in the gods

As if light took its time leaving them, their leggy constellation

Speed: you can tell her fourth in from the photo’s right, stage -

Grinning with the rest, a tsunami of wartime rolls washing

Over the painted backdrop of a fat-winged comic airplane

The stage of The Empire Theatre full of ambush and shadows.

He played the Stage Door Johnny, so much he admitted

Together in coats blooming like parachutes in the oily wind

They’d link arms out of the Stage Entrance alley, take their

Time to a scarce taxi, canoodle in the back seat, her make-up

Powdering his double lapels, the streets under black-out rules

The scent of Mandalay opened his lungs like oxygen, he was

Light-headed, unsure; and if not tonight, then tomorrow

She’d be lined out in chorus high-step when the bombs fell.

About the Poet: Fred Johnston was born in Belfast in 1951. In 1972, he received a Hennessy Award for prose. He founded Galway’s Cuirt festival in 1986 as a poetry event. A poet, novelist and short story writer, his most recent collection of poems is Rogue States (Salmon.). He also reviews new poetry. He lives in Galway. 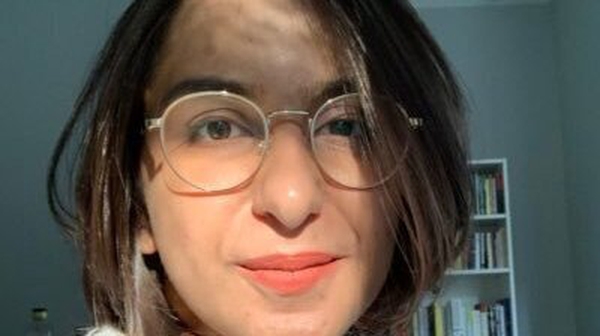 Poem Of The Day: The women who dine alone, dine alone by Supriya Kaur Dhaliwal