Later this month, the RTÉ Concert Orchestra feature in a pair of major music TV specials on RTÉ One showcasing their formidable talents.

Now viewers at home and online can experience A Woman's Heart with the RTÉ Concert Orchestra, featuring highlights of the concert from the National Opera House in Wexford, on RTÉ One on 18 April at 10.35 pm.

In 1992 the album A Woman's Heart, performed by six leading female Irish artists, took the country by storm. It sold over three-quarters of a million in Ireland alone - making it one of the most successful Irish albums of all time - and a million records worldwide.

Later in April, viewers can catch the RTÉ CO in action again, this time performing The Songs of Leonard Cohen with the RTÉ Concert Orchestra, screening on April 25th on RTÉ One at 10.30 pm.

Earlier this year, Phelim Drew, Lisa Hannigan, Mick Flannery, Moncrieff, Suzanne Savage and other guests joined the RTÉ CO at Dublin's Bord Gáis Energy Theatre to perform the immortal songs and words of Leonard Cohen to sold-out audiences. This stunning performance captures the highlights from one of those concerts.

There will also be a special bank holiday programme on RTE Radio 1, The RTE Concert Orchestra Performs Leonard Cohen at 3 pm on Monday 13 April. 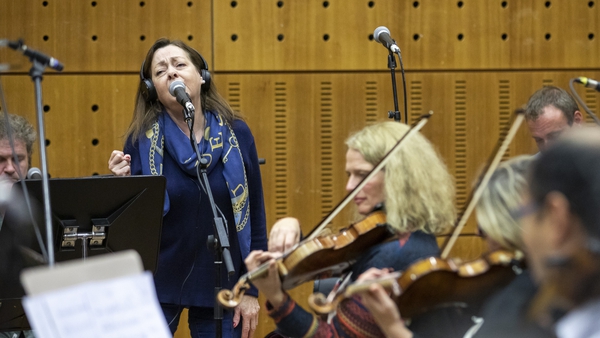 The RTÉ Concert Orchestra - 5 things you should know