Today's poem is Ghost, by Seán Hewitt - read it below.

Waking, close to morning but still

a shuttered, metal dark in the room:

a sound inside my dream, only a whimper

at first, then becoming human, a howl

raised in the street outside, left unanswered

then raised again. In my boxers, shivering

by the single-paned window, but seeing no-one

among the black shapes of the parked cars

or hedges, I went out half-dressed: shaking hand,

and by the column of the porch, under a cone

was unfurling outwards into sound.

And now, I am reminded of one afternoon,

home from school, my father digging out

the root of a conifer in the garden – I saw him

look up, suddenly alert, leave by the back gate

into the alley behind the terraces, and return

panicked with a boy in his arms. I recognised him,

about my age, from school, by his dreadlocks,

his turquoise streak of hair; but now lolling

under his own weight, his wrists draining

over my father's mudded jeans and the patio tiles.

I knew, even then, the rumours about him;

thought as we wrapped and pinned torn sheets

once the truth was out, a bond, an elective blood.

Nights later, I only half-slept, expecting

at any moment to hear someone again outside,

as though time might be caught in a loop,

along the dark streets at the same hour

to my door. Again, I unshuttered the window,

down the path. Each night, no sign, until I thought,

perhaps, it was only me, or a dream of myself,

asking nightly to be greeted at the threshold,

allowed back into the cold room of my life.

But then, in each of us, a wound must be made

or given – there is always the soul waiting

at the door of the body, asking to be let out.

About The Poet: Seán Hewitt was born in 1990. He took his English degree at Cambridge, and went on to finish his Ph.D. at the Institute of Irish Studies, University of Liverpool. He was chosen as one of the Poetry Trust's Aldeburgh Eight in 2015, a selective process that highlights emerging poets. He received the Resurgence Prize in 2017, an eco-poetry award given for his single poem, Ilex. He reviews for The Irish Times. And his debut pamphlet, called Lantern, is published by Offord Road Books. 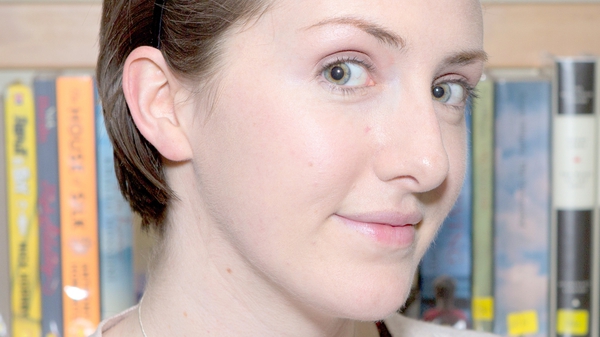 Poem Of The Day: Month's Mind by Aoife Lyall