We're delighted to present an extract from A Talented Man, the new novel by Henrietta McKervey, published by Hachette Ireland and now available in paperback.

Ellis Spender, only son of a once-esteemed society family, believes money, success and the high life are his birthright - only prevented by a cruel trick of fate. Struggling to stay ahead of his creditors, the dejected writer decides to forge a sequel to one of the most famous novels of all time, Bram Stoker's Dracula. Its remarkable 'discovery’ will create the lifestyle he believes is his due. But as his scheme begins to bear fruit, others who stand to gain become obstacles. And Ellis will stop at nothing to achieve his desires…

Read the extract below...

The once-wealthy Spender family are reduced to taking in two paying guests to make ends meet. Ellis Spender has taken to secretly slipping into the bedroom of one...

Within days of her arrival, Ellis had begun to slip into Janey's bedroom while she was at work. He always left the door ajar so he could hear footsteps approaching on the stairs. The squeaky hinge would be his excuse for being there, not that he had ever needed it: Virginia never went into either Janey or Patrick’s room, and she kept the girl so busy downstairs that once she’d dusted and done the beds, she wouldn’t have time to wander up here either.

Ellis and Virginia slept on the first floor, she in a baywindowed room facing towards Hampstead Lane, he at the back of the house. It was large and square and lined in mahogany panelling, with a view across the garden and over the Heath towards North Wood. Janey and Patrick were housed on the top floor, where the bedrooms were smaller. Janey’s room was directly above Ellis’s, a shrunken, meaner version of his, as if the air had been sucked out of it, the very walls closer, tightening around her, holding her safe and alone. It had been his room when he was a child, though the nursery furniture and toys were long gone, replaced with heavier, plain stuff, and he had few memories of the years he had inhabited the room. The lavatory was between his bedroom and Virginia’s, so he could contrive no circumstances that might take him regularly to the top floor while Janey was at home.

At night, lying in bed and listening to the foxes on the Heath howling like babies, Ellis would wonder what she was doing, a dozen or so feet in the air above him. Who was she, when she was alone? She was always dressed and ready for the outside world at breakfast, shining and polished, her permanent wave set and unmoving, black handbag swinging on her arm, as though the house was merely a series of functional boxes to move through on her way to her real existence. The idea of her undone, or in transition from one state to another, was impossible to imagine, yet equally impossible to stop thinking about.

Janey had arrived with a single suitcase, and what had seemed insubstantial then had become thinner still when its contents were dispersed, and the empty case relegated to the top of the wardrobe. On the dressing-table she kept a bottle of scent, a brush and comb, and a couple of jars containing creams and cosmetics. No books, no photographs. He ran his hands through the clothes in the wardrobe, his fingers hovering over two new beaded and trimmed evening gowns: one blood red with vast chiffon sleeves, the second a Vionnetstyle blue-grey with a beaded cape. He frowned. Why did she need two new evening gowns? Was she husband-hunting? He sniffed each in turn, taking handfuls of the fabric to his mouth and nose, inhaling stale sweat and perfume. Her cheap nightdress, which he often found slung on a chair, was puddled on the carpet, as if abandoned in a hurry.

He opened every jar. Touched her papier poudré, sniffed her cleansing cream and rouge. At what point, he wondered, did Janey become Janey? A private Janey existed – the proof of it was here, in her room – but, to his invariable frustration, he had no access to her. Whatever space she took up in the world had nothing to do with where she slept and dressed. The Janey he met at the breakfast table was not an amalgam of her possessions.

Virginia, whom Ellis considered too old-fashioned about such matters, believed make-up fast, and frowned her disapproval at Janey’s carmine lips and painted nails, at her arched, thinly plucked eyebrows ('One can’t help but think of a chicken’), and lashes slicked up with brilliantine. Yet Virginia was unable to see any connection, or even consider there might be a parallel, between her own annual slimming and skin rejuvenation cure at Carlsbad – which she had yet to give up, despite the cost – and Janey’s painted face and trim figure.

The empty chocolate box was in its usual place on the dressing-table, satin ribbon perfectly retied and corner tassels neatly straightened. It still gave off a lingering minty sweetness. What was Patrick playing at, throwing expensive gifts at her? An assortment that size must have set him back at least thirty shillings. He opened the drawer and withdrew the Engagements Diary 1938 that had been his own Christmas present to her. She had professed herself thrilled with its mother-of-pearl surround and tiny brass lock and key. Ellis, too, had been delighted with his choice of gift, imagining her confessing every detail of her secret life onto its pages. His hope was that the diary would give him divine powers, transforming him into an all-seeing being, a deity able to explore her soul, to peel back the skin of her sins and prayers alike. He imagined conversations in which he’d already know the punchline of every anecdote, have already explored the very hinterland of her emotions and responses. What a joyously God-like exercise in restraint that would be! He would have to police his reactions, deny himself the urge to respond! That the diary had a lock was irrelevant because he had retained the second of the tiny brass keys that came with it. As always, it was infuriatingly blank. She hadn’t even written her name on the title page!

He walked to the window and, his back turned against the garden, faced into the room, aware only of the complete absence of her, of the space she wasn’t taking up. Ellis’s happiness was not compounded by her presence: there was nothing about the way he felt for her that he would identify as love, and his potential for happiness – such as it was – wasn’t tied to her presence. What he desired was her approval, her attention. He wanted her to be fascinated by him, to be as obsessed by his existence as he was by hers.

He turned around. The view from her room was the same as his own, but entirely unalike too: not because it was a floor higher, but because it was hers. The slate-grey roofs that glistened with rain on the houses at either side, visible because of the curve in the terrace, were hers alone. The tall trees on the Heath, their branches crawling through the grey sleet of sky, were something only she saw. Was it possible, he wondered, that what he really enjoyed was nothing more than the constant throb of her disinterest?

Outside, clouds flittered and trembled. Stray seagulls swooped over the ponds on the Heath. Their cries called to him, telling tales of faraway horizons and distant blue water. 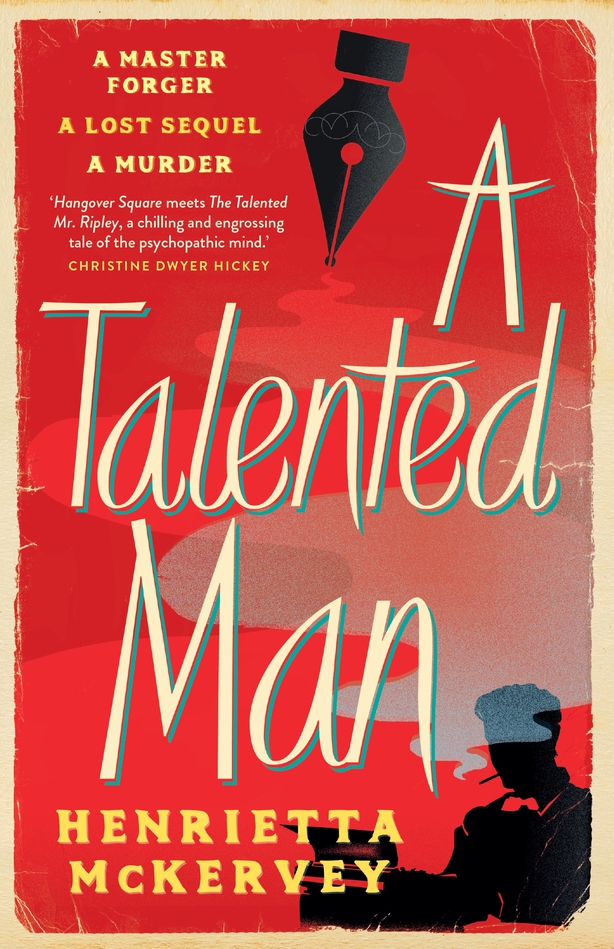 A Talented Man by Henrietta McKervey (published by Hachette Ireland) is out now. 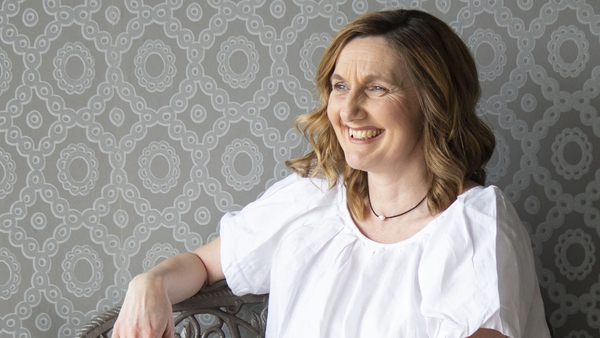