We're delighted to present our Poem For The Day, presented in association with Poetry Ireland.

Today's poem is In America by Roisin Kelly - read it below.

I spend my first night driving through upstate New York.

Shadows flit by the highway, as if I'm pursued by the creatures

from that strange dream I had on the plane.

Orion stalks the black tops of pines with his starry bow

but I’m so far from the land where I left you. Last night,

as we smoked a final joint by the lake, Orion, the Plough,

Gemini, seemed to shed themselves star by star into the water

& in gathering their points of light you became the hunter

who held an entire universe at bay. I persuaded you

to lie down & put aside your bow, slipping each

of your belt’s three diamonds into the dark lake of my mouth.

This morning, waking on wet grass,

we found the tracks of new constellations around our bodies

where deer had passed in the night, unnoticed.

About The Poet: Roisin Kelly was born in Belfast, brought up in Leitrim, and now lives in Cork. Southword Editions published her first volume, the chapbook Rapture, in 2016. In the same year her work was shortlisted for the Hennessy New Irish Writing Award, and she was featured poet in The Stinging Fly. In 2017 she was awarded the Fish Poetry Prize, and was a runner-up for the Patrick Kavanagh Award. 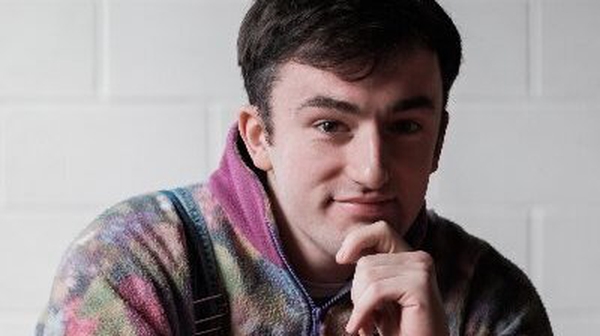 Poem Of The Day: Hook-Up Rural Donegal by Mícheál McCann