It goes without saying that these are trying times for all of us - particularly those of us in the creative industries, who have lost their jobs or are in danger of doing so because of the coronavirus pandemic.

Musicians and those working in the arts are particularly vulnerable as they find themselves scrambling to find a way to generate income and stay afloat after the rug has been pulled from under them.

With that in mind, we've put together some suggestions for you to lend a hand to the bands and artists who need it right now...

1. DOWNLOAD/BUY ALBUMS INSTEAD OF STREAMING THEM

Everyone knows that unless their stream count is in the millions, artists get a miniscule piece of the pie from the likes of Spotify and Apple Music. We get it: streaming is both accessible and convenient. But just this time, how about buying that album you listen to a lot, or that new song by that artist you really like? Even better, buy from a site like Bandcamp, who are waiving their fees for a whole day on Friday, March 20th. Considering they usually take a 10-15% cut of digital revenue from music and merch sales, this is a very sound gesture.

Those legends @Bandcamp have waived their fees today so that us artists benefit from the full whack of payment for music bought. So.. if you were considering purchasing one or both of my Albums, today would be a very fine today to do so. Link in Bio. Pls spread the word.. x pic.twitter.com/vQHlUHsloy

It's an obvious one, but one that will really make a difference – especially for independent artists who may rely on merch sales online and at gigs. At the time of writing, the postal service is still fully functional – so now's the time to treat yourself to that t-shirt or vinyl that you've had your eye on.

This will help us greatly in weathering the coming shitstorm.

All our love,
xx pic.twitter.com/89eQFbsVUA

3. DON'T ASK FOR A REFUND FOR THAT GIG IMMEDIATELY

The ban on large gatherings means that lots of gigs and events have been cancelled – both in the coming weeks and beyond. If you have a ticket for something you were really looking forward to, it's understandably disappointing. But - if you can afford to, of course - don't ask for a refund straight away; for some bands/independent promoters/venues, those losses might mean the difference between survival and folding. Consider it as banking good gig karma for the future.

Over the past week, numerous bands and artists have been playing 'virtual gigs' from their comfort of their living room, with everyone from Colm Mac Con Iomaire to Chris Martin refusing to let a little thing like a pandemic get in the way of entertaining fans. So far, they've been more of an effort to keep spirits up – but in the coming weeks and months, when large congregations may still be unsafe, these set-ups may become more monetised. Expect to see more acts playing paid-for gigs as seen on the likes of the StageIt app, which operates on a Pay-What-You-Can basis and even allows fans to 'tip' mid-gig,

5. CANCEL YOUR BIG SUBSCRIPTIONS AND DIVERT THE FUNDS TO ARTISTS' PATREONS

Many artists who are struggling with tour cancellations and the postponement of album releases have turned to Patreon to ask directly for help. As its name suggests, the site allows fans to essentially sponsor the band and give them a financial leg-up to get through this difficult period. You don't have to donate big bucks, either; think of all the money you're saving on coffee, lunches or bus fares by not being out and about. Another idea might be to cancel your Apple Music or Spotify subscriptions – even temporarily – and divert those funds directly to your favourite independent artist. You can still use the free version of Spotify, for example; you'll just have to sit through the ads. Not a huge deal in the grand scheme of things, right?

A massive massive MEGA thank you to the people who have backed our brand new Patreon today. It allows us to continue on as musicians. https://t.co/5hhderTi5F

Along those same lines, many acts and institutions have launched crowdfunding campaigns to ask for help. Dublin's Civic Theatre recently launched an Artist Emergency Relief Fund in order to help artists who are struggling financially by offering grants of €500 - pointing out that many artists supplement their income with jobs in the service industry, which has also been decimated. In just 5 days, they're more than halfway to their €50,000 target. FundIt.ie is also accepting Covid-19-related fundraising campaigns for those within the creative community and have reduced their commission on these campaigns.

It's worth remembering that bands and artists aren't the only ones impacted by this crisis – the music retailers that sell their wares are also in trouble, having been forced to close and in some cases, lay off staff. If you value the joy that comes in perusing the racks of Tower Records, Spindizzy, Freebird et al, now's the time to go online and pick up a few things to ensure that they're still there when this madness eventually concludes.

SALE ALERT! If you're in need of some classic albums to spin at home during these strange times we’ve got loads for sale at bargain prices including one of the best rock albums ever – the feral, demented 'Fun House’ by The Stooges. See all sale items here: https://t.co/gdeOuDGfXY pic.twitter.com/xXzilTPMqm

8. BUY A SKYPE LESSON OR A SAMPLE PACK FROM A MUSICIAN

Many musicians have been forced to get creative in the literal sense. Having had several commitments cancelled over the coming months, lauded Irish musician and guitar virtuoso Cian Nugent is one of many offering lessons via Skype, as well as former Ash guitarist Charlotte Hatherley. Other electronic musicians and DJs have made sample packs (the building blocks of electronic songs) available to buy; you may as well spend your time at home wisely. 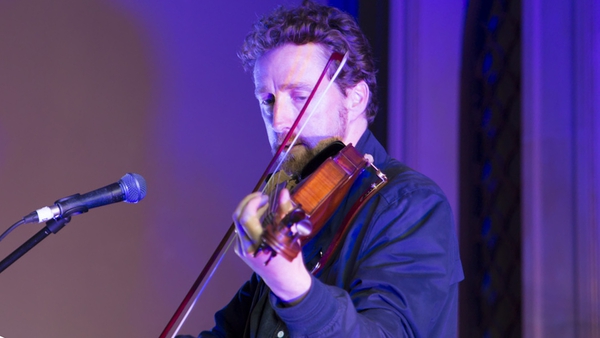