Episode four of RTÉ's essential new True Crime podcast has just gone live, and here is what Anna Joyce learned. Please prepare yourself for spoilers - listen to it here and here.

Dear reader, the moment has finally come - yes, this is the week you will hear the full confession tape of Irish serial killer Kieren Patrick Kelly. The questions you've lost sleep, hair and likely sanity over the last few weeks will finally be answered, right?

Is it not strange that we treat the words of a criminal, someone who society labels as inherently untrustworthy as gospel the moment they confess? Can we really believe the words of Kieran Patrick Kelly?

As you ponder the above question, peruse this week's breakdown of episode 4 of The Nobody Zone...

1 - Mickey Dunn - Kelly brewed a batch of lethal orange juice for Dunn "using a mix of surgical spirits, Dexedrine pills, that's a kind of amphetamine, and some pills he stole from the chemist at Tooting." Kelly killed Dunn slowly. He died in hospital on August 28th 1982. He was a homeless alcoholic.

2 - Edward Toal - When Kelly spotted Toal sleeping on his prefered tombstone, he took the rope holding up his trousers and began to strangle him. "As he walked away, another tramp said to him, oh you might have killed him Kelly, and he went back, put it round again and pulled it again, and said I have now". Although two witnesses verified the crime they were "still tramps; still, alcoholics, still on meth" and so deemed uncredible.

3 - Hector Fisher - Kelly alleges on the tape that he "gave him a wallop. And I cut him. I don't think there were stabs. I'm not sure. But I cut his bollix, right?" Although Fisher was not a "dosser like Kelly" he was an alcoholic. Unlike the other victims, Kelly would eventually be convicted for Fisher's murder, but it would take eight years.

It is clear that Kelly's crimes were senseless, avoidable and fueled by a cocktail rage and alcohol. However, why these men?

Dunn - Kelly was found not guilty for the murder of Toal due to unreliable witnesses. However, a few years later he is reunited with one such witness – Mickey Dunn.

Toal - The murder of Toal was a land dispute to rival John. B Keane - he slept on Kelly's tombstone, and so lost his life.

Fisher - Fisher likely enraged Kelly and therefore met his demise. On the tape Kelly alleges Fisher "wanted his arse", but he also says it was a robbery - so the details are foggy. Fisher was also known to wear women's clothing on occasion, which may have provoked Kelly - who described Fisher as "' a poof' and 'a dirty bastard'".

Serial killers often form patterns - some have a victim "type", many take souvenirs from victims, and occasionally they revisit crime scenes. Episode 4 offers insight into Kelly's pre and post-murder rituals.

His victims tended to be "nobodies" like himself. He chose addicts on the periphery of society, those who would not be missed.

He rarely stayed with his victims "the most typical thing for Kelly here is that he leaves the scene, before knowing if his victim is actually dead".

"Another typical Kelly trait is that he was found hanging around nearby after the crime". After the murder of Fisher Kelly was "stopped two times by uniformed police right next to the murder scene, the day after". He was still wearing his blood-stained jumper.

Finally, his crimes were always vicious, alcohol-fueled, and often vengeful. He was mostly remorseless.

On the tape, DI Brown asks Kelly about a murder, however, while Kelly can remember in graphic detail how he killed the man "he made him choke to death by holding his head and pouring whiskey down his throat". He struggles to recognise a photo of the victim, which he positively identified the previous day. The victim in question was Patsy Walters. When Kelly finally recognises him the police point out a small problem…he was in prison when Walters was killed. Kelly then starts to laugh. Unfortunately, the episode unveils a series of shocking mistruths to Kelly's story - you'll have to listen to find out.

"If you cast your mind back to the very start, the day Kelly got arrested, you might remember he wasn't arrested for murdering anyone. He was arrested on Clapham Common for stealing a man's watch and his wedding ring". As his interrogation draws to a close Kelly demands the police return his (stolen) ring, when they refuse he retracts. He unearths one of the largest multiple murder cases ever to be recorded and then retracts - everything.

"But there was one murder that Kelly was never tried for that really sticks out from all the others because it did have a name, a date, and a place attached to it. One that Kelly was sure about. This was the murder Kelly confessed to in great detail several times, the one he kept coming back to. His very first murder" - the murder of Christy Smith. This crime should have been easy to piece together, but law enforcement were stumped. They rummaged through hospital records, and coroners reports, but nothing. Did he even exist?

Find out next time on The Nobody Zone... 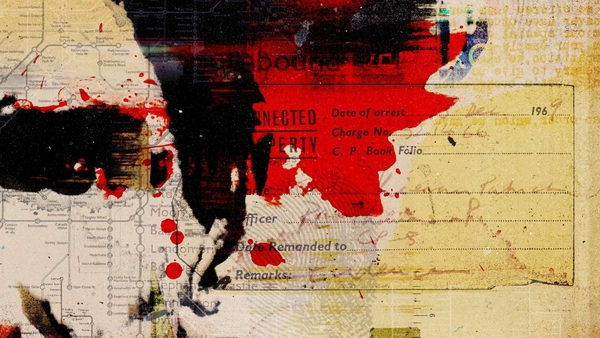 The Nobody Zone - everything we learned from Episode 3