For his forthcoming show at the Where We Live festival, theatre-maker TKB (Thommas Kane Byrne) invites you to come play bingo, delight in the music of Shirley Bassey and learn about the ever-disappearing Dublin of past, asking: who is the incredible Mrs Macushla?

The Macushla Ballroom was situated like the stem of a shamrock between Foley St, Amien St and Buckingham St in the bruised but not broken heart of Dublin's North Inner City. Once a dance hall haunt in a Dublin long gone, it went on to become a Bingo Hall that was almost as cherished by locals as did the late, great inner city hero Stephen Gately, until it’s closure in the mid 90’s.

So let us take you under the arm with the grip of a Roche’s Stores security guard and escort you hurriedly down Foley St, turning left at Dublin in 1994 and in through the doors of The Macushla Bingo Hall...

Our story’s heroine (we’ll use that term loosely) is Gertrude Kelly (aka Kelly’s Eye). Gert was given one true purpose in life, to be the bingo caller at the Macushla. Aside from the love of Fr. Joe Kelly and her obsession with Shirley Bassey, It’s all she has. Y’see, Gert Kelly had it hard from the get-go. First of all, she was conceived via an affair in 1950’s Catholic Ireland and single-handedly raised by her deserted and scorned mother, then said deserted and scorned mother was struck down with Post Polio Syndrome when Gert was a young teenager, making Gert her sole carer and to top it off, she was born with a very noticeable turn in her eye, which prompted locals to refer to her as 'Kelly’s Eye' when she first began calling the game of bingo at the Macushla.

The action of the play takes place on the very last night of the Macushla bingo hall, a place packed to the rafters with rich and eccentric characters,

Gert’s mother and her mother’s best friend, Sylvia 'The Widow' Black, were always unkind to Gert as a sport, this prompted her to seek escape and refuge which Gert found both of these comforts in Dame Shirley Bassey. She saw so many parallels between herself and Shirley. Their pain, their colourful and heartbreaking stories and... their effortless charisma and charm.

Did I mention that THE AUDIENCE WILL PLAY AN ACTUAL GAME OF BINGO? Gert will call that game of bingo. The play also features the music of Shirley Bassey, performed live. Gert is devastated at the thought of the Macushla closing but she is armed with her bottle of Pernod and her ensemble of three Shirley Bassey’s and is determined to put on a good night for everyone, so that you love her, so that you finally respect her and so that you never forget her.

I wanted to write about the Dublin that has been slowly disappearing before our very eyes for years and I thought about the Macushla immediately...

The action of the play takes place on the very last night of the Macushla bingo hall, a place packed to the rafters with rich and eccentric characters, characters who bring in bags of cans and snack boxes, characters who live for their game of Bingo, characters like Asho The Rat, who can be found selling anything from Denny's Rashers to Oasis’ finest denim pieces to bottle of gas, characters like Sylvia Black who buried two husbands, has one in the Mater and needs two chairs in the Macushla, one for her and one for her miniature Jack Russell, Pascal, who perches beside her drinking Guinness from a saucer, as Sylvia eats the back of every Tom, Dick and Valerie, characters like Texas Tim, who speaks in a half Texan half Sherriff St accent after watching too many cowboy films.

When Philly and Jenny of THISISPOPBABABY said that they would like to commission me to write a piece for the Where We Live festival, my immediate thought was to write about where we lived. I wanted to write about the Dublin that has been slowly disappearing before our very eyes for years and I thought about the Macushla immediately, having been born during its closure, I was never in the building but I heard so many amazing stories about it both when I was growing up and when I was researching it. So many amazing people told me so many amazing stories about the sense of community it brought. It was the place that everyone came together in, even the people who had left the inner city and moved to "the schemes’ (as they were called). The Macushla was everyone’s little piece of home and of comfort. But of course, when you have any major socio-economic upheaval and the "rough" areas start being gentrified, places like the Macushla are seen as prime real estate to the men in the suits. It’s now the Ervia Employees Credit Union Ltd.

Mrs Macushla is dedicated to my grandmothers. Jenny Kane, Spider Byrne and Mary Dunne. Three incredible Dublin women who inspire me every day, and who encompass everything that made Dublin what it was.

Mrs Macushla by TKB and starring Hilda Fay premieres at the Where We Live festival 2020 (as part of St Patrick’s Festival), running at Project Arts Centre on Fri 20 & Sat 21 Mar - find out more here. 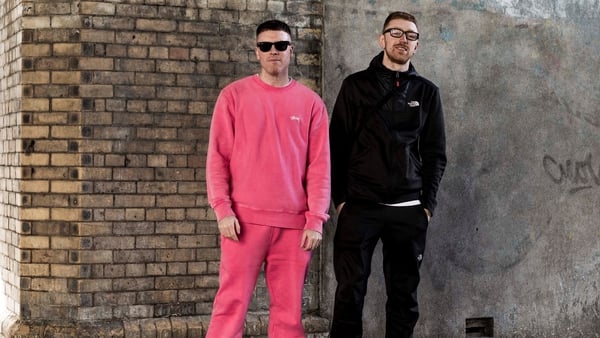