True crime is less a genre, and more a life choice. When it is well-executed, this popular media genre can be an educational tool used to help spot a murderous cat among the pigeons.

Those well versed in the realm of True Crime usually have an arsenal of does and don'ts to avoid a grisly demise - Always lock your windows at night, never get in a strangers van (or Tan Volkswagen Beetle, thanks Ted Bundy), and stand well back while on a tube platform.....

If the reference to tube platforms have you drawing a blank, as you furiously flick through your (near) encyclopedic knowledge of True Crime, then you've yet to be acquainted with the tale of Kieran Patrick Kelly. A murderer so savage he might be Ireland, and perhaps, Britain's most prolific serial killer.

RTÉ's Documentary On One, in association with Third Ear Productions in Denmark, has delved into a True Crime story, so outlandish, and unthinkable it has taken nearly five years to construct. The result, The Nobody Zone, is a six-part podcast series, which tracks Kelly's alleged 30-year killing spree.

Episode one has just gone live; here is what we learned. Please prepare yourself for spoilers - listen to it here and here.

Past and present collide

The podcast is a true-crime hybrid - part historical retelling, part active investigation. Although Kelly's last crime was committed in 1983, the London Metropolitan Police reopened the case file in 2015. The podcast promises to untangle fact from fiction and offer listeners new information never before released to the public.

Kelly's penchant for murder began in Baker street underground station in 1953. He alleges to have pushed friend, Christie Smith in front of an oncoming train. The duo had travelled to London for the coronation of Queen Elizabeth II. Kelly confesses to the murder multiple times in the episode, yet he is never charged..... 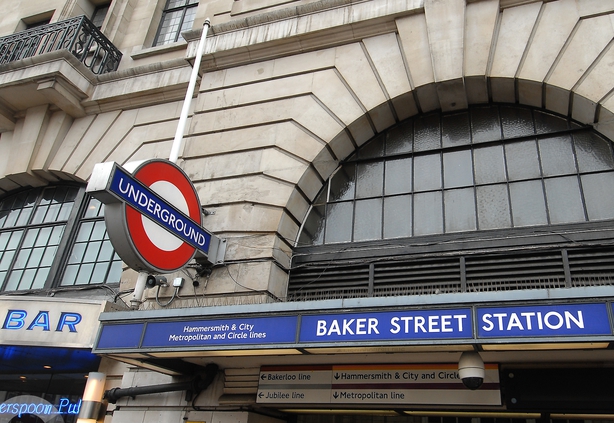 Socks can be a deadly weapon...

In the episode, retired Detective Superintendent Ian Brown recounts his first meeting with Kelly in Clapham police station. Kelly had been arrested for theft and put in a cell with a transient man named Boyd. "I went down the cells, and I found Boyd lying on his back being given the kiss of life by the station Sergeant, around his neck was a pair of socks, they'd been tied together, and he’d been strangled, garotted. Sitting in the corner, cross-legged with no socks on was Kelly".

It includes the first confession tape of an Irish serial killer

The episode plays snippets from the only surviving police interview tape with Kieran Patrick Kelly – conducted by D.I Brown in Clapham Police Station in 1983. It took the creators three years to find the tape, and garner permission to use it. "You'll find out how and why they finally gave us permission later in the series" the narrator teases. (Tim Hinman from Third Ear is the narrator). Find out more here.

You could easily pick him out of a line-up

Like many prolific killers, Kelly was not a prepossessing sight, so much, so the narrator reveals his nickname was "nosey Kelly" (see image). According to Brown "He was small, skinny, a bag of bones but a live wire".

What's in a name?

The episode stresses Kelly’s lack of social position - as a homeless, alcoholic he is considered a "Nobody" - an invisible man who slaughters other invisible bodies. This observation provides an interesting commentary on how society treats the downtrodden as abject others, which are "high risk" victims, and therefore irrelevant. Episode one of the podcast deserves commendation for highlighting the mistreatment of the homeless, a topic which is incredibly relevant in 2020.

A killer more deadly than Jack the Ripper

Episode one details how Kelly could be the most prolific murderer of his time. When you calculate victim numbers, his contemporaries pale in comparison - Jack the Ripper had five or six victims, Denise Nielson 12 - 15, the Moors Murderers five, and the Yorkshire Ripper perhaps 13. However, Kelly claims to have slain 15 people, but why is he on nobody’s list?

There is no rhyme or reason for his crimes.

Kelly, the podcast reveals strangled his last victim Boyd "a man he didn't even know just because he was snoring too much". The episode paints as being equal parts gruesome, and senseless.

1. Ed Toal - Kelly allegedly strangled him to death with his belt.

2. Hector Fisher -"Kelly said he was drunk and gave Fisher a good wallop. He hit him over the head with a bottle, and cut him in the bollocks".

3. Scotch Jack - "Kelly said he'd beaten him to death, surprising him from behind and hitting him over the head with an iron bar, leaving him to die in a basement stairwell".

4. Mickey Dunn - "He was poisoned to death with a cocktail of surgical spirits and several packets of headache pills stolen from the chemist, mixed up with orange squash and wine".

5. An unnamed homeless man - "He poured a bottle of white spirits down him".

6. Soapy Joe - He allegedly burned him to death.

7. An Unnamed man - He allegedly pushed in front of a tube station at Kennington underground.

He wanted to kill his victims

While most serial killers have a set pattern to their crimes - Kelly was not as picky…..

"Kelly said he murdered his victims in various ways - beating, stabbing, strangling, poisoning, always savage, brutal and violent, often but not always when he was drunk; but always on purpose, and never by accident. He really wanted to kill these people".

The narrator dangles the prospect of future confession tape extracts, a mysterious dig in a "man's driveway somewhere in the midlands of Ireland", and interviews with law enforcement to entice listeners to return to The Nobody Zone. 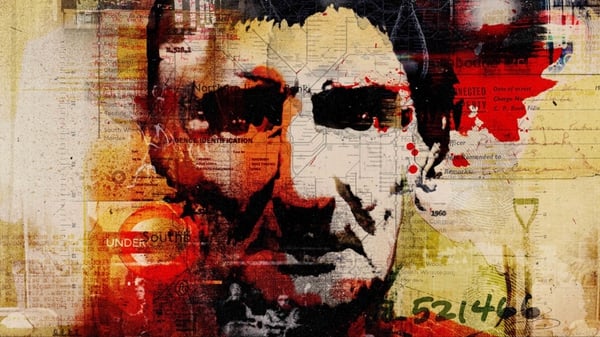 The Nobody Zone - listen to RTÉ's true crime podcast