Fans got their first glimpse of Robert Pattinson as Gotham's dark knight when director Matt Reeves released a teaser video showcasing Pattinson in costume from next year's superhero reboot The Batman - watch below.

The brief video, described as a camera test, is scored to music by Oscar-winning composer Michael Giacchino, who will provide the music for The Batman, due in cinemas in 2021.

The same approach was utilized by director Todd Phillips when giving audiences their first look at Joaquin Phoenix in Joker - the resulting film won Phoenix a Best Actor Oscar, and earned more than a billion dollars at the worldwide box-office.

Following the Batman reveal, rabid fans rigorously dissected the 56-second clip of the actor in costume, searching for details of the yet-to-be-disclosed plot of The Batman.

A first look at Robert Pattinson's THE BATMAN suit has been revealed!

The bat symbol in his chest looks to be made of metal, people believe it could be pieces of the gun that killed his parents. 👀🦇 #TheBatman pic.twitter.com/dZl45FyHD8

Following a string of roles in acclaimed independent films, The Batman marks Pattinson's return to blockbuster filmmaking after his star-making roles in the Twilight and Harry Potter franchises. He'll be seen this summer in Tenet, the top secret new film from Inception director Christopher Nolan.

The Batman promises a gritty take on Batman's earlier years, with Pattinson donning the cowl after a mixed response to Ben Affleck's stint in the role. Directed by Reeves (Cloverfield, Dawn Of The Planet Of The Apes from a script he co-wrote with Mattson Tomlin, The Batman also stars Zoe Kravitz as Catwoman, Paul Dano as the Riddler, Jeffrey Wright as Commissioner James Gordon, John Turturro as crime boss Carmine Falcone, Andy Serkis as Alfred Pennyworth and Colin Farrell as the Penguin. 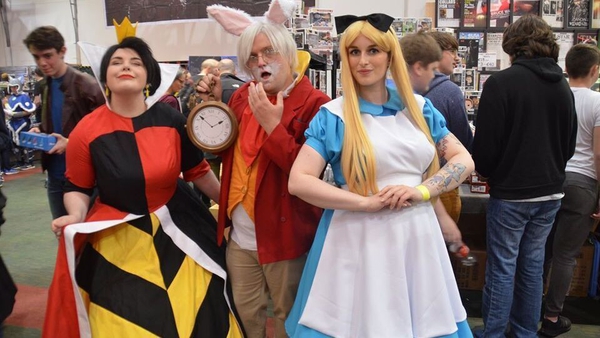 Geeks Rule - the rise (and rise) Of Dublin Comic Con