Ireland 1845, As famine tightens it's grip, a fisherman is hunted for crimes he did not commit. Unable to protect his family from death he is subsumed by darkness until a helpless little girl saves him from despair...

Watch the trailer for Arracht

That's the story of my first feature film. But how did it all come about?

I grew up in Tallaght, a working-class part of Dublin. When I was a boy in the eighties, there was an Irish language school established near us by two young teachers from the West of Ireland. They used to take us urchins on trips down to Connemara. This was the beginning of a life-long affinity for me with the west coast and our language. It is a place that has always mystified me; the people, how they sound and how the hard landscape shapes them.

The challenge for me as a filmmaker is to make art that elicits a conversation through emotional empathy, engaging a viewer on a personal level.

As the idea for the film was forming, I was fascinated with the idea of being isolated in this place out at sea both physically and mentally - that came first.

The era of the Great Hunger in Ireland in the mid-eighteen hundreds was a deeply formative time for our national psyche. There is a sense of unfinished business about what happened to us back then. The west is a place where it’s mark is still visible on the land. It’s a powerful metaphor for human trauma and how, when not exorcised, it can corrupt the soul.

Arracht is a story about human beings and our interaction with the environment, and how that relationship constantly shifts testing us sometimes to the limits of our survival. It’s about the unearthing of trauma, and how the awareness of it can ultimately free you from sadness.

I feel the story is important now. The Irish people are only beginning to come to terms with what happened to us as a nation. The famine provides a stark backdrop to the story, and also externalises the nation's trauma. The land suffers like we do.

Arracht is a departure from my previous work in that it’s set in the nineteenth century, but it’s essentially a human story, a character study. All my films are like that.

The famine provides a stark backdrop to the story, and also externalises the nation's trauma. The land suffers like we do.

I was lucky during the writing process, as there seems to have been an awakening in Ireland with regards to the famine. People seem to be engaging with it more and there was a lot of source material available to me. There are no photographs of Ireland in 1845, but there are numerous art works, paintings, sketches and sculptures both contemporary and from the time that were helpful.

The authenticity that exists across the film is something I am very proud of. The characters, how they sound, look and behave as well as the design and look of the film is testament to the hard work and dedication of all the cast, crew and production team. I will be forever grateful to them.

Ultimately the challenge for me as a filmmaker is to make art that elicits a conversation through emotional empathy, engaging a viewer on a personal level. I hope Arracht does this. 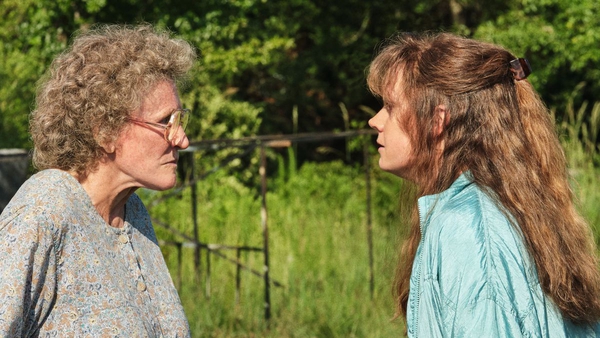