Acclaimed poet Gerald Dawe introduces his new publication, The Sound of the Shuttle: Essays on Cultural Belonging and Protestantism in Northern Ireland, published by Irish Academic Press and in bookshops now.

A very different set of essays would be included in The Sound of the Shuttle if the writer was starting off today rather than as the thirty-one-year-old of 1983, when the first of these essays was written. Ireland, north and south, has in so many ways changed greatly for the better and in the process issues other than the focal points covered here would be front and centre in this book. Yet there remain fault lines under the surface and a default position, deeply set within the social mindset of both parts of the island, that there is always someone else to blame for our problems. The sense I have of life in Northern Ireland is of a split society, of ordinary people getting on with their lives as best they can, distanced from any faith in their political leaders. While the institutionalised divisions sketched here have been ameliorated somewhat in the time covered by these essays (1983–2019), there really is no sign of a substantial and lasting change of heart as regards, for instance, integrated education or the balanced outreach workings of what was once known as 'parity of esteem'. The jagged edges of the violent past are still locked within ideological vices.

So, selecting this work from four decades, I wanted to bring together various thoughts and responses to some of these ‘issues’ but in the specific context of Northern Protestantism and the varied and (at times) misunderstood sense of their cultural belonging. This focus can itself be viewed from different perspectives, such as the very title itself, taken from a letter of John Keats during his brief journey through the North in 1818: ‘We heard on passing into Belfast through a most wretched suburb that most disgusting of all noises – I mean the sound of the shuttle. What a tremendous difficulty is the improvement of the condition of such people.’

Think of the sound of the linen mills he heard being the sound of your every day, which would have been the case for many thousands of women and men working in that dominant industry, alongside the many other industries throughout the eastern counties, including the tobacco factories and shipyards of Belfast.

The sense I have of life in Northern Ireland is of a split society, of ordinary people getting on with their lives as best they can, distanced from any faith in their political leaders.

The life of all those workers seems to have been erased from the history books, political discourse and cultural knowledge. But The Sound of the Shuttle is not a history book. The bulk of these essays sought to think aloud about a dark time and the way in which significant moral, artistic and cultural matters were being handled in the media, in various publications and in everyday conversations, as well as bearing witness to what was actually happening on the streets of my native city.

The concluding three essays, written in the twenty-first century, take a snapshot of what has happened since the Good Friday Agreement was endorsed by a substantial majority in Ireland in 1998. From the rise and fall of the Celtic Tiger, the peace ‘dividend’ and the chaos of Brexit – each continues to have a material impact upon the shifting and conflicting sense of cultural identity in present-day Ireland.

In recent years one striking feature of Northern Irish society has been the prominence and growing recognition of women writers from various parts of the province, such as Marie Jones, Wendy Erskine, Rosemary Jenkinson, Lucy Caldwell, Jan Carson, Anna Burns and Stacey Gregg, among many others, as well as cultural commentators and analysts. Unquestionably the thirty-one-year-old writer today would be responding to a whole range of other concerns such as the role of marginalised or migrant communities, which are merely shaded in here as a kind of analogue from an earlier time that might prove instructive (or indeed may not). The essays do not cover this opening ground; nor do they pretend to hold any answers or put forward any simple solutions to the questions they raise about cultural belonging, while illustrating what it means, or has been made to mean, in the closing decades of the twentieth and the first decades of the twenty-first centuries. The intention behind The Sound of the Shuttle is to bring into critical focus the experiences, beliefs and achievements of an (at times) much maligned and often misread community generally referred to as Northern protestants but whose inner world is characterised by much difference, dispute and a healthy sense of independence; values of a stoical temperament from which we all might learn a thing or two. 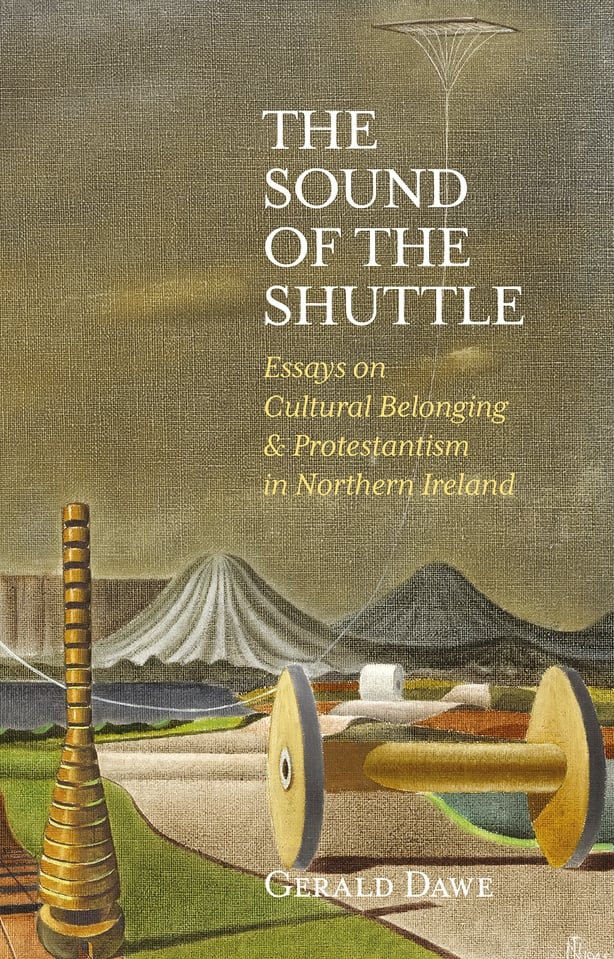 The Sound of the Shuttle: Essays on Cultural Belonging and Protestantism in Northern Ireland by Gerald Dawe is published by Irish Academic Press and is available now in all good bookshops. 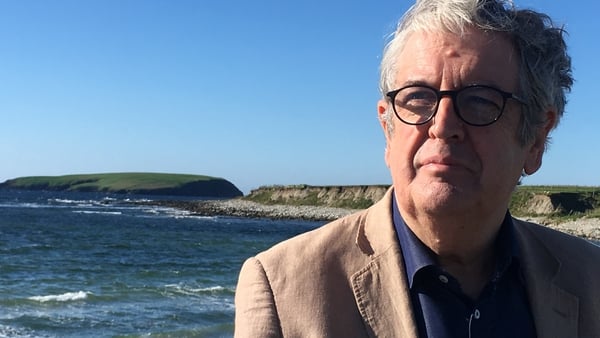 Gerald Dawe makes a poetic journey through the west of Ireland