In a new series for The Lyric Feature on RTÉ lyric fm, art critic Cristín Leach explores how ideas of Ireland and Irish identity have been visually represented over three hundred years - listen to the first episode above.

From foreign rule to famine, independence to the Troubles, how visual art has told a story. And how as ever, our story depends on who's doing the telling. Ireland Portrayed brings us through a story of conquest, propaganda and inspiration to uncover some answers and to excavate identity in just some of our iconic political and historical artworks.

On urban streets, in rural heartlands and galleries and joined by Ireland's leading art historians, curators and artists, Cristín explores a story art can tell us about who we are, how others would like to see us and how we see ourselves.

The series begins in the Irish landscape of the 18th century, as Cristín explores how and why Ireland was portrayed as a world of improvement and control in the art of a ruling elite. How art intentionally composed a way of seeing the Irish landscape for early tourists to Ireland - and why these landscapes ignored or obscured the poverty of the vast majority of people who lived in them.

The literary critic Edward Said once wrote that none of us is completely free from the struggle over geography and that the struggle is complex and interesting because it is not only about soldiers and canons but also 'about ideas ... about images and imaginings'. Before mass media, art created those images.

In the form of paintings and drawings, art captured what Irish life was, how its people lived, and over time images came to be associated with Ireland’s landscape and the Irish people, helping to define a national identity. Ireland’s history - our struggle over geography - makes our identity complex and fascinating because it is never one story, it is dualities and multiples. So what Ireland was represented in art? By whom? And why? 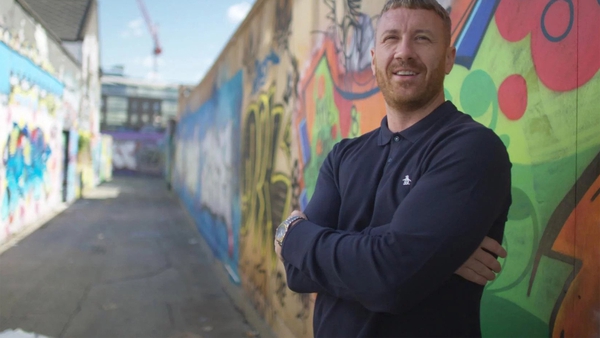