This week's Poem Of The Week, presented in association with Poetry Ireland, is Googling My Parents by Brian Kirk, taken from the latest issue of the Poetry Ireland Review.

When I Googled my parents there were no matching results, only traces of others who bore the same names, living counterfeit lives

that failed to reflect the authenticity of monochrome days I recall in that house by the railway line, where the sun shone all summer,

where huge ash trees waved their hysterical arms in March winds, and a thin frost painted a dull world silver on the shortest days.

My parents don't exist in the world, real or virtual, but are trapped in stacks of wrinkled snaps; they look out at me with unseeing eyes,

perplexed, uncertain, frozen in a moment snatched from time. I know there’s no option to reboot, no going back except through memory’s

patched-up matinee. From time to time, to kick-start reminiscence, I read their names in stone among a host of other names on stones

ranged on a blanket of land that rolls down to the sea near home. Perhaps the mind is a hard drive scanning the residue of lives

no longer with us, its circuits switching on and off, firing in dreams where the dead arise, their voices talking out of the bright cloud.

About The Poet: Brian Kirk is an award-winning poet and short story writer from Clondalkin in Dublin. He was selected for the Poetry Ireland Introductions Series in 2013 and was shortlisted for the Patrick Kavanagh Award in 2014 and 2015. He won the Jonathan Swift Creative Writing Award for Poetry in 2014, the Bailieborough Poetry Prize in 2015 and the Galway RCC Poetry Award in 2016. His poetry has been widely published and has been nominated for the Forward Prize and Pushcart Prize. His poem Birthday was named Irish Poem of the Year at the 2018 An Post Irish Book Awards.

The new issue of Poetry Ireland Review is out now - find out more here. 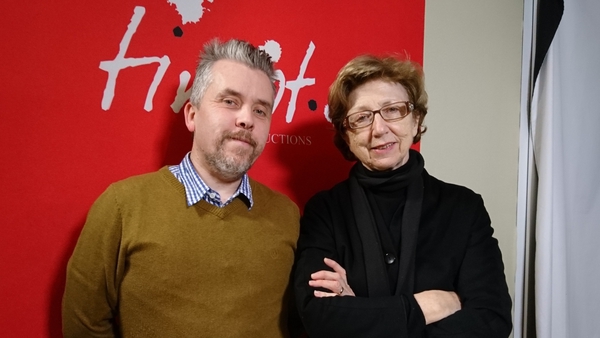