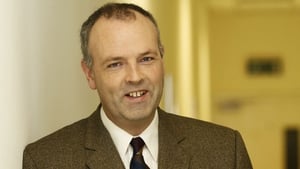 As part of his documentary 'Will Ireland Survive 2050?', former weather presenter and head of forecasting at Met Éireann, Gerald Fleming, assessed the potential ramifications of climate change and warns the devil is in the detail.

Come 2050 I will be in my 93rd year, if I am spared to reach that age. My children will be looking forward to retirement, and my grandchildren possibly embarking on raising their own families.

So, what will Ireland's weather look like then, and how will our society cope with the upheaval from the more extreme weather we are expected to have across Europe?

Ireland has been almost uniquely privileged to enjoy a very temperate climate; no great extremes of heat or cold and rainfall that is rarely intense and is evenly distributed throughout the year.

While our climate is characteristically windy and damp, damaging winds do not visit us very often, but change is on the way and to what extent is it already happening?

As an island, we are exposed to the moods of the sea, and much of our coastline is low-lying, sandy and soft. As someone who walks the wonderful beaches of south Wexford throughout the year, I have seen first-hand the immense changes that can happen from season to season, often wrought by winter storms that have the power to shift many megatonnes of sand and soil.

Climate predictions suggest that by 2050, our weather conditions will be warmer overall, especially through the winter months when there will be a noticeable decrease in frost at night. Our winters will also be wetter, our summers drier and we will have fewer winter storms.

As ever, the devil is in the detail: drill down a bit further and the picture is not so rosy. Those storms might be fewer in number but they could be a lot stronger.

2017 brought Ophelia, the first time a Category 3 hurricane had been recorded so far east in the Atlantic. And this year we saw Lorenzo: again, far further east than normal, and reaching Category 5 on the hurricane scale. Both storms moved north into our waters and we felt their fury.

Rainfall may also become far more intense. Even in the drier summer months, the rain that does fall is likely to be delivered in shorter, more vigorous bursts. The converse of this would be longer dry periods or summer droughts, with growth in our fields and gardens stunted.

Warmer summers would also bring an increased risk of heatwaves, something we are not much accustomed to. Of course, when we think of heatwaves, we think of barbecues and sunny beaches but heatwaves bring a significant mortality threat to the elderly and to many others already suffering from poor health, especially those with respiratory diseases.

But it is water that could pose the biggest threat to this country as our climate changes. Sea levels rise for a number of reasons. When water warms, it expands. The meltwater from ice and snow that has accumulated on landmasses – such as over Greenland, Antarctica and the mountain glaciers of the Alps and Himalayas – adds further volume.

We need your consent to load this rte-player contentWe use rte-player to manage extra content that can set cookies on your device and collect data about your activity. Please review their details and accept them to load the content.Manage Preferences
From RTÉ Radio 1: Environment Correspondent George Lee on the first quarterly progress report on the all-of-government climate action plan.

Sea levels around the globe are rising at an estimated 3mm per year. This might not sound like a lot but, over the past century or so, we have already seen a rise of almost 250mm – that is 25cm or 10in. Add another 100mm by mid-century and we are up to 35cm, or 14in total. Ireland will probably see the greatest rise on its southern coasts.

Our coastlines are well accustomed to vigorous storms, but rising sea levels raise the height of the 'platform' on top of which storm surges and high waves can pound our shoreline.

Many of our most vulnerable locations are where our cities and towns have grown including Dublin, Cork and Limerick. In building and developing our urban spaces we have reclaimed land from the sea, but will the sea now come to claim that back?

Add in heavier winter rain and swollen rivers, and the increased risks from winter flooding are probably the greatest threat that extreme weather poses to this country.

From RTÉ Radio 1: Professor of Climate Science at Maynooth University, Peter Thorne, discusses the findings of a new study on coastal flooding and what it could mean for Ireland.

The increased seasonality of rainfall – wetter winters and drier summers – will do our farmers no favours either. Our agricultural practices are built around regular injections of moderate rainfall. Too much rain in winter brings flooded fields and misery to livestock. Too little rain in summer reduces the growth of grass and tillage crops alike.

Ireland may be an island in the geographical sense, but socially and politically we are tied into larger communities, most especially the European Union. The changes we are likely to see in our weather patterns will be far less than those anticipated across southern Europe, where intense heat and prolonged drought may make some regions almost uninhabitable.

Europeans will look northwards, to more temperate climates such as our own, as they seek lives that are more viable. How will we cope with this influx, and indeed those coming here from further afield? Will our national and international alliances and friendships survive the resulting strain?

The issues around our changing climate are many and diverse. I have been speaking with experts in many disciplines to try to disentangle the various threads, to get a sense of what life in Ireland will be like when we reach mid-century.

What should we be doing? And should we be alarmed? Because my own fear is that our grandchildren may not experience the same quality of life that we have enjoyed.