Booker Prize judges have rebelled against the rules and split the prestigious literary award between Margaret Atwood and Bernardine Evaristo.

Ms Atwood has become the oldest Booker winner, at 79, and claimed her second win with The Testaments.

Ms Evaristo has jointly triumphed following a shock decision to divide the £50,000 prize, despite rules forbidding this.

Final deliberations took five hours, with judges repeatedly told they were not allowed to split the prize, until they decided to make a "revolutionary gesture".

Those tasked with naming the winner "staged a sit-in", according to organisers, until their decision was accepted.

The two winners were announced at the Guildhall in London, where chairman of the jury and Hay Festival founder Peter Florence described the logic behind the literary revolt.

Read more: The Booker Prize 2019 - Sinead Crowley on the shortlist

He said: "The more we talked about them, the more we treasured them and wanted them both as winners.

"Laws are invaluable. Rules are adapted to the circumstance.

"The only result that we were happy with was to award the prize this year to both.

"There are things they shared. They are both fully engaged novels. They address the world today."

Mr Florence said the jury was unanimous in its decision to rebel, a decision Booker literary director Gaby Wood said she respected, despite an order from foundation chairwoman Helena Kennedy that the rules must be honoured.

She said: "It is always the jury's decision. I support the means by which the judges arrived at their decision.

"It wasn't a fighting gesture. It was a generous one.

"If someone makes a revolutionary gesture, you have to accept it. You don't have to say, 'I agree with it'." 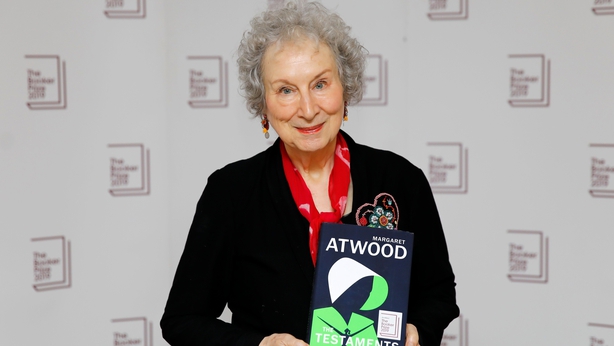 Reviewed: The Testaments by Margaret Atwood

Ms Atwood, a prolific Canadian author, previously took home the prize in 2000 for her novel The Blind Assassin.

She has become the fourth person and the second woman to win the Booker twice, following Hilary Mantel, JM Coetzee and Peter Cary.

Mr Florence said of her work, which has been referenced by protest groups and follows on from The Handmaid's Tale, picking up the action 15 years later: "It's beautiful in its depth.

"Now it looks more politically urgent than ever. There is a need now to look at what complicity and what resilience and what resistance might look like." 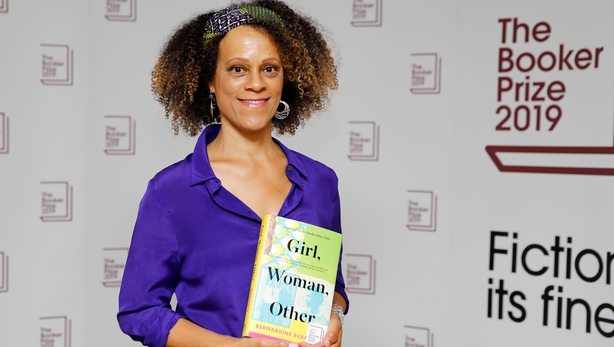 British author Evaristo has been hailed for her polyvocal work Girl, Woman, Other, which explores the nature of modern British womanhood.

The Booker has been split twice before, between Nadine Gordimer and Stanley Middleton in 1974, and again between Michael Ondaatje and Barry Unsworth in 1992.

Rules were brought in following this to prevent future divisions of the prize.

Salman Rushdie was shortlisted this year for his referential work Quichotte, along with Lucy Ellmann for Ducks, Newburyport, Chigozie Obioma for An Orchestra Of Minorities, and Elif Shafak for 10 Minutes 38 Seconds In This Strange World.

Irish author Kevin Barry made the Booker longlist for his novel Night Boat to Tangier.

The jury was made up of Mr Florence, Liz Calder, novelist and film-maker Xiaolu Guo, writer and former barrister Afua Hirsch and composer Joanna MacGregor.