Belfast actor Marty Rea has forged a deserved reputation as one of the most compelling presences on the Irish stage - he won Best Actor at the Irish Times Theatre Awards in 2013 in Tom Murphy's Whistle in the Dark, and again in 2016, for his Richard II for Druid, as well as a Best Supporting Actor gong in 2018 for his roles in the Gate production of The Great Gatsby, and Druid's King of the Castle by Eugene McCabe.

Now he stars in the Druid and Gate Theatre co-production of The Beacon, a new play by Nancy Harris running at the Gate Theatre until 26th October as part of Dublin Theatre Festival.

We asked Marty for his choice cultural picks...

I recently watched Almodovar's new film Pain and Glory and was bowled over by it. A proper film about the nature of the artist and the relationship between a mother and son. Heartbreaking, beautiful and exemplary - film-making as art rather than the usual commercial stuff that we are fed 99% of the time. Tom Burke’s Losing Alaska is something I’ll definitely be seeing as well. It looks like a timely and important Irish-made documentary on climate change.

I’m not very good at all with keeping up with contemporary music. But, I’ve been revisiting The Beatles recently especially the White Album as advised by my friend Sophie Flynn, who is Stage Manager at Druid. Also Bjork’s Vulnicura and anything by Max Richter.

I read a lot, and often have maybe three different books on the go at one time - a research or work-related book, a bus/train/lunchtime/waiting room book and the book sitting on the bedside. A favourite genre is nature writing. Wilding by Isabella Tree is about a couple re-wilding their South of England farmland over the course of 15 years, Consolations of the Forest by Sylvain Tesson about a Parisian writer who takes off to the Russian Tyga forest to live alone in a hut on the shores of Lake Baikal for 6 months. Also, I always do and always will recommend two books - Sapiens by Yuval Noah Harari and Guns, Germs and Steel by Jared Diamond - extraordinary, eye-opening works about human history and civilisation that will have a lasting effect.

The Dublin Theatre Festival is on right now so there’s a lot on offer in the theatre at the minute both homegrown and international. Obviously, The Beacon at The Gate by Nancy Harris, The Alternative by Oisin Kearney and Michael Patrick from Fishamble, Hecuba by Marina Carr at Rough Magic, Faultline by Anu, Passolini’s Salo Redubbed at the Peacock - a lot of new writing in there, which is aways a good sign.

It's only two more days until #TheBeacon previews at the Gate!

A few cast members describe their experience so far working on this new co-pro between @DruidTheatre and Gate Theatre!

Tickets are selling fast, get yours now. https://t.co/lCTycJ7mN0#LOVEandCOURAGE #DTF19 pic.twitter.com/1l3ayN8xFt

The second series of MIndhunter is superb and the French crime series with a supernatural twist Zone Blanche is really brilliant with a star central performance from Suliane Brahim. Both available on Netflix.

I’m not very good at going to gigs chiefly because I work in the evenings mostly but my partner is much better and forces me to go along to things now and again. The last time we went to a gig was a few years ago - Tank and the Bangas from New Orleans at the Sugar Club. They were amazing. However, Bjork is bringing her Cornucopia concert in November to 3Arena and I would LOVE to go to that.

The National Gallery has a beautiful Sorolla exhibition on at the minute. Not my usual type of thing but his use of light is extraordinary. On a different note, IMMA’s Life Above Everything - Lucien Freud and Jack B Yeats looks very interesting. Freud’s portrait exhibition a number of years ago there was amazing. And I’d always recommend people to visit the Frances Bacon Studio in the Hugh Lane Gallery - one of my favourite artists.

This American Life every time. Ira Glass is a genius. And any true-crime podcast I can find! I’m morbidly fascinated by those.

Galway 2020! The programme was finally launched in Galway a few weeks ago and it looks so exciting. So much stuff to see and do all over the county of Galway it seems - it promises to be an exciting and inspiring year...

The Beacon is at The Gate, Dublin, until October 26th as part of this year's Dublin Theatre Festival - find out more here. 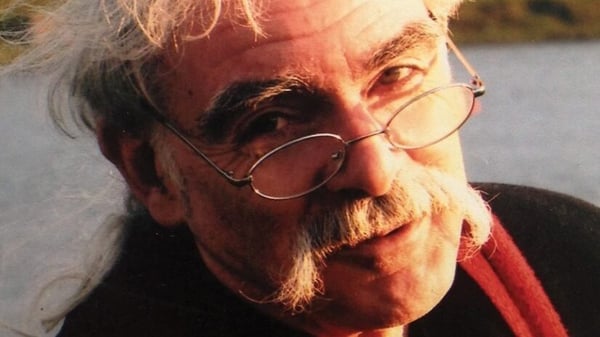