Whatever you make of director Todd Phillips' dark comic book movie  - and make no mistake, it's a movie designed to provoke a reaction - there's no denying that its leading man is pretty much the most compelling and audacious movie star of his generation. If you want to see Joaquin at his finest, track down You Were Never Really Here, Her and The Master immediately.

NO STONE UNTURNED ON RTE PLAYER

Alex Gibney's controversial documentary on the Loughinisland massacre packs an incredibly powerful punch - and you can see what all the fuss is about on RTÉ Player - watch it here.

Journalist Eithne Shortall established herself as a bright new voice in popular fiction with her first two novels, Love in Row 27 and Grace After Henry - her latest work is a twisty-turny suburban tale that should go down a treat with fans of Big Little Lies.

THE BEACON AT THE GATE

Nancy Harris's new play for Druid and The Gate Theatre was one of the hits of this year's Dublin Theatre Festival, and offers a welcome showcase for one of Ireland's great actresses, Jane Brennan, as a celebrated artist with a dark shadow over her past... It runs until October 26th, and makes a vivid case for Harris (who simultaneously has another new work, Two Ladies, playing on the London stage) as one of the most exciting playwrights of her generation.

One of the hottest young properties in classical music - cellist Sheku Kanneh-Mason - comes to Ireland for his Irish debut on Oct 23rd and 24th playing performing Saint-Saëns Cello with the Irish Chamber Orchestra at University Concert Hall, Limerick and St. Peter's Church, Drogheda on October 23rd and 24th. You might know him from a performance at the recent low-key wedding of Meghan and Harry...

Shola Amoo's gorgeously moody and moving coming-of-age flick brings us from Lincolnshire to London and onto Lagos in the company of Femi, a kid swapping rural bliss for inner-city pressure and the hard-knock life.

THE RETURN OF MOTHERLAND

It's been at least five minutes since that slacker Sharon Horgan had a show on the box - we couldn't be more excited about the return of her genius school run sitcom, co-written by Holly Walsh, Graham Linehan and his wife Helen, and featuring the brilliant Anna Maxwell Martin as the most excruciating TV character since David Brent. Season two kicks off on Monday on BBC2, and a third one has already been commissioned.

The hit kids' show produced by Irish company Paper Owl centres around a 5-year-old boy with autism, bringing about authentic inclusivity and diversity to kids' TV in a smart and colourful fashion - series 2 of Pablo lands on RTÉ and BBC from next week. and is set to become a franchise with a book deal and a theatre show in the pipeline. Watch an episode below...

COLIN FARRELL IN THE TRAILER FOR GUY RICHIE'S THE GENTLEMEN

What does Guy Richie do when he follows his biggest flop (King Arthur) with his biggest hit (Aladdin)? He returns to his old London stomping grounds for a geezer gangster caper in the vein of his breakthrough works Lock, Stock And Two Smoking Barrels and Snatch. Hugh Grant as a cockney is a bit of a stretch, but we're a sucker for anything with Colin Farrell in character actor mode - especially when he's using his own accent. 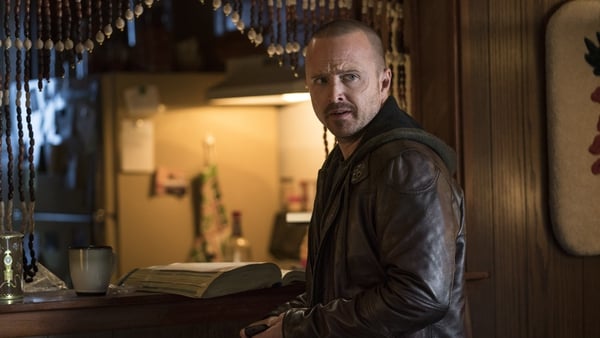