Writer, performer and theatremaker Dylan Tighe writes for Culture about his latest project, Pasolini's Salò Redubbed, which runs at the Abbey Theatre, on the Peacock Stage, as part of this year's Dublin Theatre Festival.

Pasolini's Salò Redubbed, which will receive its premiére at the Abbey Theatre as part of the upcoming Dublin Theatre Festival, is a live re-dubbing of Pier Paolo Pasolini’s final film, Salò, or the 120 Days of Sodom. Pasolini’s film, made in 1975, transposes the Marquis de Sade’s infamous novel The 120 Days of Sodom to the Republic of Salò. This was an Italian puppet state run by the Nazis - the site of Mussolini’s last stand as the Allies and the Italian resistance closed in at the end of the Second World War.

The show is not a literal translation of Pasolini’s film. I am seeking to transpose not merely the words of Pasolini, but also his spirit, using his film as a tool to comprehend and interrogate our own history and contemporary reality.

The film is a seminal exploration of what director John Waters has called ‘the pornography of power’. Pasolini’s allegory of absolute power is a paradigm which offers us a way of looking again, with sharper vision, at our own reality, and at the structural violence, class supremacy, toxic masculinity and abuses of power within it. In my version, I have quoted liberally from a range of sources from the history of institutionalisation in Ireland.

Abuses in Irish institutions have often been painted as the product of individual sickness, rather than a symptom of a sadistic society. As we read in Marie Keenan's book Child Sexual Abuse in the Catholic Church: ‘Male violence, sexual or otherwise, is not the unusual behaviour of a few "odd" individuals, neither is it an expression of overwhelming biological urges; it is a product of the social world in which we live. By seeing the problem of child sexual abuse as an individual one, initially in terms of sin and later of pathology, the possible systemic dimensions [are not] recognised or addressed’.

This show is about the systemic dimension. It is about institutionalised thinking, not physical buildings. All our institutions are linked. Common beliefs and values underlay them all and continue to dictate how human beings are warehoused and abused. What we are dealing with, as Eoin O’Sullivan writes in Coercive Confinement in Ireland, is ‘a complex web of institutions that regulated and confined up to 30,000 individuals, but in particular women and children, at any point in time in the first forty years after independence. This requires', he writes, 'explanations that move beyond micro-level descriptions of the abuse of power within specific institutions to macro-level explanations of how power was distributed and exercised in post-Independence Ireland.

We are in an age of unparalleled complicity with power. Every attempt at protest is in its turn commodified. We have lost the power to resist.

That macro-level explanation, I believe, requires us to think of the Irish experience not merely in terms of institutionalisation, but in terms of authoritarianism. I am not suggesting a direct translation can be made between fascism and the Irish experience. But there are clear parallels - social, aesthetic, and in terms of their underlying values and beliefs. There is a clear connection in the mass psychology of active and tacit support which enables authoritarian regimes and ideas to thrive.

There is a simplistic narrative that seeks to cast the Church as fundamentally responsible for institutional abuse in Ireland. If we can blame everything on an external bogeyman, we do not need to look within and examine our own culpability. But the Church’s power was not self-generated: it was conferred by us, society at large, as enablers and tacit supporters. There was no us and them, only us.

Many of our most abusive institutions, such as psychiatric institutions, had and have nothing to do with the Church but were and are bastions of middle-class professional control, mandated by both the legal and medical professions, employing and involving whole sections of the population.

It was the family, not the Church, where power in Ireland was and is best internalised and replicated. The family, in turn, has been based on a hierarchical and authoritarian model inspired by the Church’s own
structure and its warped model of male supremacy. Above and beyond the Church and the family, blame for the institutional violence of the hubs, hotels, hostels, centres, homes, schools, laundries, psychiatric hospitals and prisons of the State must rest with the State.

The Church, State and middle class have long conspired in an alliance of mutual benefit, with the poor as their victims. As Mary Raftery wrote: ‘What Ireland shares with many societies around the world is a dangerous reality: once a group of people is isolated as being in some way inferior, the general population becomes less concerned with how they are treated, even in the face of evidence of cruelty and abuse’.

Pasolini’s film – and, by extension my version – is, in essence, a thought experiment. The performance is not a work of history. We are in a ritualised nightmare where past and present are conflated. The action takes place in our imaginations and memory. This is a show about Ireland today, and how our behaviour and bodies are haunted both by the past and by a force even more terrifying than the autocracy of old. We are now subjected to control by a non-consensual capitalism which exactly mirrors the control previously exercised by Church, State and Family. Consumer capitalism is itself a total institution.

Pasolini believed that the ‘new’ fascism of consumerism was worse than classic fascism; he saw his film as a metaphorical examination of contemporary society. Fascism itself, he believed, had never managed to colonise people as successfully as had consumerism. In Ireland, we continue to be conditioned by the physical and mental strictures of moralistic control – only now our bodies and minds are being conditioned by a new market morality, a total conformism to corporate behaviour and technology. We now internalise this in the same way as we once internalised Church dogma. And this new type of dogma is perhaps more dangerous, as it is sold to us in the language of personal autonomy. We are in an age of unparalleled complicity with power. Every attempt at protest is in its turn commodified. We have lost the power to resist.

This is a show about Ireland today, and how our behaviour and bodies are haunted both by the past and by a force even more terrifying than the autocracy of old.

Capitalism is incredibly creative in how it repackages protest and sells it back to us as consumer choice. We collaborate, assimilate or are subjugated. Contemporary sadism is the desire for personal gain through the suffering of others. This model of exploitation underwrites neoliberal capitalism. In order to succeed, we must make others fail. Our perfection is contingent upon the destruction of others. De Sade and Pasolini showed us that behind depravity lies not power, but weakness. The film is notable for the sexual violence depicted on screen, but it does not depict it gratuitously. In Salò, in the words of Pasolini "sex is nothing but allegory, the metaphor for the commodification of bodies subjected to power".

Pasolini’s film is a visionary look at the terrifying endgame of the neoliberal world, where conformism and commodification are total and the capacity to dissent is liquidated.

The idea for this project came to me about ten years ago. I spent years trying to forget about the project, to suppress it, to look away, but it would not leave me alone. I felt disturbed as to my own historical complicity. Hasn’t my own privilege, like that of men, and of the middle class at large, been derived from the misery and subjugation of others?

Perhaps the most challenging aspect of Pasolini’s film is that it makes us ask ourselves: what really separates us from those we like to perceive as monsters? What happens to human beings when all bets are off, and a certain section of the population is free to annihilate another? What happens when human beings know there will be no retribution? How would we act if we were subject to the same psychological and cultural environment?

As the review of Salò in Variety magazine concluded: ‘Perhaps the most frightening thing about the film are those aspects of yourself you find reflected there‘.

In the words of Primo Levi "Every age has its own fascism". This is history written not by the winners, but by the losers.

Pasolini's Salò Redubbed is at the Abbey Theatre, on the Peacock Stage from Sept 28th - Oct 4th as part of this year's Dublin Theatre Festival - find out more here. 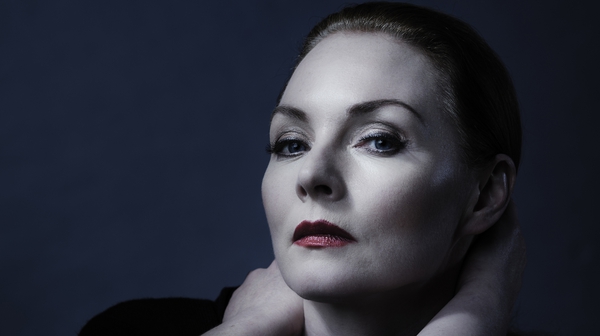