We're delighted to present an extract from Salamanca Diaries, the new book by Tim Fanning.

Subtitled Father McCabe and the Spanish Civil War, The Salamanca Diaries offer a unique insight into the Spanish Civil War, via the diaries of an Irish priest in the Irish College in Salamanca. Historian Tim Fanning uses Father McCabe's diaries to provide a fascinating account of life in Spain before, during and after the war, as well as McCabe's memories of growing up in Ireland at a time of momentous change.

In 1937, with the Spanish Civil War raging, General Francisco Franco met the leader of the recently arrived Irish Brigade, General Eoin O'Duffy. During their exchange Franco asked O’Duffy about his experience of military command. O’Duffy replied that he had commanded a million men on one occasion. This must have momentarily impressed the generalísimo and he asked O’Duffy when. 'At the Eucharistic Congress in Dublin,’ came the reply. According to the witness who recorded the conversation, Franco merely smiled.

The witness was Fr Alexander J. McCabe, who was the rector of the Irish College in Salamanca during the Spanish Civil War, and his observation about the relationship between Franco and O’Duffy typified what McCabe believed was the latter’s bumptious self-regard.

From Drumkilly in County Cavan, McCabe had been appointed as the rector of the Irish College in Salamanca in 1935 and had observed the establishment of Franco’s military and political headquarters in the Castilian city. Not only did McCabe meet the senior Spanish army officers who had plotted to overthrow the democratically elected republican government of Spain, he also became acquainted with the foreign soldiers, diplomats, journalists and spies who arrived in Salamanca during the war. He recorded his perceptive observations in his diaries and reserved some of his harshest criticism for O’Duffy.

It was a Spanish aristocrat who had asked O’Duffy whether he would consider leading a group of Irish soldiers to fight on behalf of the nationalists in the war. By the end of the summer in 1936, O’Duffy was appealing for volunteers in the Irish press. The bulk of what became known as the Irish Brigade arrived in Spain in December 1936.

‘The Spanish authorities had the erroneous impression that Ireland would send out a "crack" regiment, veterans, perhaps, of the Great War, and up to the standard of any Continental Army,’ wrote McCabe. ‘The Spaniards though, too, that all the officers would have been trained in a military academy, such as they themselves have in Toldeo, Segovia or Ávila.’

In fact, many of the men had no military training and little experience, according to McCabe, ‘except what some of them got in cross-road ambushes in Ireland, during the Black-and-Tan struggle.’ This misconception was to contribute to the often-fraught relationship between the Spanish high command and the officers of the Irish Brigade.

McCabe first became acquainted with O’Duffy in Cáceres in southwest Spain, which had been chosen as the Irish Brigade’s headquarters. His initial impression of O’Duffy was positive: ‘He has the simple, friendly, hospitable way of all Irishmen with one another, and, especially, of Irish lay folk with their priests. It’s so different from Spain, where so many people would like to see all the "Curas" [priests] strung up.’

However, his attitude towards O’Duffy changed as he witnessed the impact of O’Duffy weak leadership on the discipline of the Irish Brigade. Fist fights, recrimination and political in-fighting were to mark the record of the Irish Brigade in Spain, all exacerbated by excessive drinking.

O’Duffy claimed in his memoir of the war, Crusade in Spain, that he was ‘proud to say that I did not observe one member of the Brigade under the influence of drink at any time’. This was in direct conflict with McCabe observations. He was unimpressed with O’Duffy’s boast that most of the men in the Irish Brigade were daily communicants and pioneers. The latter, McCabe concluded, ‘probably are the very heavy drinkers’.

McCabe believed that there was a certain naivety about O’Duffy, which had led him to embark upon an enterprise without being fully informed of the facts: ‘Perhaps O’Duffy is finding out that Spain has its own ways, which are different from the Irish and that the Spaniards in the War are not old idealists, like Patrick Pearse.’

He was also under the impression that O’Duffy had no understanding of modern warfare and his unwillingness to learn. ‘O’Duffy had a "pet" idea (cherished from Black-and-Tan days, perhaps) that Franco would have won the War long ago, if he had adopted a campaign of ambushes,’ he wrote. ‘This in a War with fixed lines and Fronts, and in a country with no trees!!’

The brutal realities of the war were soon brought home to the Irish Brigade. Two of its members were killed in a skirmish en route to the front. And although fatalities were light compared to those suffered by Spanish units, O’Duffy began scrambling for a way to bring the Brigade home to Ireland.

Despite the fact that he believed that O’Duffy had ‘never intended to die in Spain or for Spain’ and that the formation of the Irish Brigade had been about reviving the former Blueshirt leader’s political capital in Ireland, McCabe was centrally involved in efforts to persuade O’Duffy and the Irish Brigade to remain in Spain.

By the spring of 1937 members of the Spanish high command were showing open contempt for the Irish Brigade, not least because O’Duffy had refused to follow an order to commit members of the Brigade to what he believed was a suicidal assault.

Nevertheless, McCabe and the Duchess of Tetuán, Blanca O’Donnell, a Spanish aristocrat of Irish ancestry attempted to come up with a formula which would allow the Irish to stay in Spain without either side losing face. This involved the replacement of the Brigade’s commanding officer with a Spaniard. But O’Duffy refused to listen.

‘As we walked in the sun in the upper gallery [of the Irish College], I came to the point,’ recalled McCabe, ‘and asked O’Duffy if he would drop Captain O’Sullivan, and for the sake of the Brigade, have a Spanish Major instead. O’Duffy got quite thick and obstinate, and began to splutter, something about O’Sullivan’s merits, and then he shouted out violently, "No, I’ll take the Brigade home. I wouldn’t stop here for the Duchess of Tetuán, or all the O’Donnells in Ireland. And we’ll close the Irish College too."

‘I was not prepared for this outburst, and I remarked drily, "We’ll see about the College later on." He almost jumped about in his rage, and he looked a coarse, rough type, that reminded me of a "pub" on Saturday night.’

With the exception of the injured and those who chose to remain in Spain to fight, the Irish Brigade returned to Ireland in the early summer of 1937.

McCabe remained in Spain until 1949, attempting unsuccessfully to reopen the Irish College, which had been closed since the outbreak of the civil war.

While McCabe was disillusioned about failure of the Irish Brigade to make a positive impact in Spain, it was his wider experience of the war and, especially, the bloody repression in the nationalist zone that left him deeply traumatised. 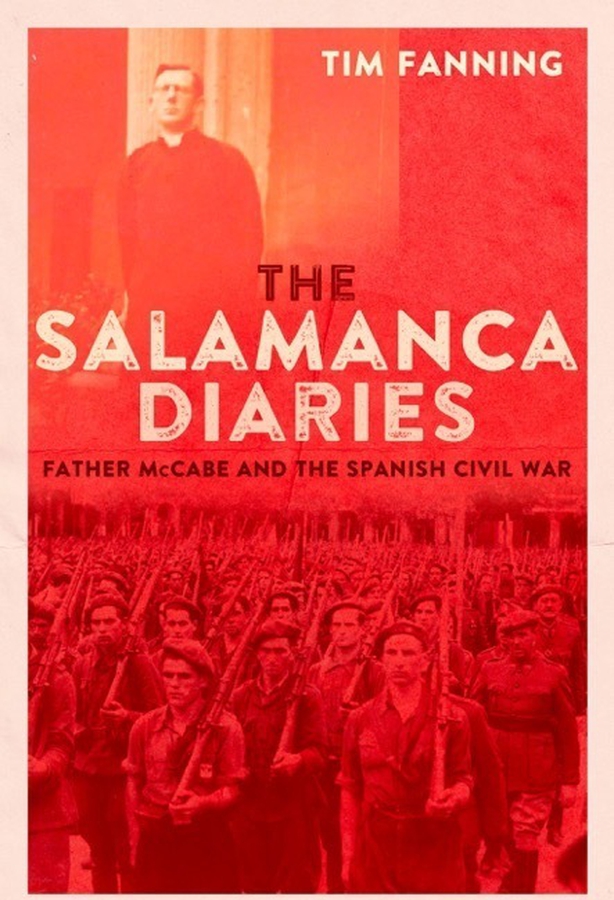 The Salamanca Diaries: Father McCabe and the Spanish Civil War (Merrion Press: 2019) by Tim Fanning is out now. 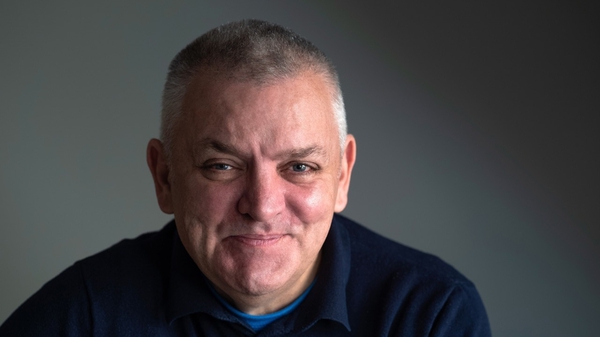