We sat down with English comedian Russell Howard ahead of his upcoming Vicar Street gigs to discuss Irish crowds, knife crime and the "madness of existence".

"I'm quite good at talking about things I care about," says a humble Russell Howard making, quite possibly, the biggest understatement of the year.

Known for his cheeky grin, Bristol accent, and good-natured humour, the stand-up has made a career of bringing good news to the public - highlighting the world's everyday heroes and finding the silver lining in even the darkest of clouds.

"You can make bleak things funny but if you're glib about it, it doesn't work," he explained. "At the moment, I'm talking quite a lot about knife crime on this tour because it's the worst it's been since 1946 in the U.K. and it's on our news all the time and it's so bleak.

"I met a guy who runs a knife crime charity and he's following what they did in Glasgow which is to fix it with compassion and give young people jobs and opportunities and mentors," he continued.

"You have to look at big topics and look at little bits inside it and then almost make it like a mini-essay, but there has to be a bit of hope and there have to be jokes."

Working with kids, comedians and his fantastically funny mum, Howard brings wholesome entertainment to audiences on his show The Russel Howard Hour and his new stand-up tour Respite.

When we meet, the funnyman is rushing from interview to interview, promoting his up-coming gigs in Dublin's historic Vicar Street - a 1500 capacity venue that he believes beats any arena.

"I've never played the 3Arena, I've just done Vicar Street - the first time was four years ago and I thought, 'this place is amazing'. Then, it turns out, that's where Tommy Tiernan plays and I feel like if the gold standard of Irish comedy plays Vicar Street then that's the place to go."

"There's something really special about that place, it feels like it can seat three hundred but there are a thousand people and they're kind of on you so the energy of the place is pretty special."

Speaking on his new show, which promises to cover "the madness of existence", Russell says Irish audiences will be most likely be treated to fresh material every night because their own wit lends to the performance.

"Whenever I come to Ireland, I end up just bantering with the crowd so the show will just be what it is. I've got a show but the likelihood that I get through it is very slim," he smiled.

"When you play arenas, there has to be an all-powerful monologue but it would be weird, in front of a load of beered-up Irish people, to be like 'this is the beginning, this is the middle and this is the end'. You make it whatever they want it to be."

From being voted as Heat magazine's Weird Crush of 2013 to writing and starring in his own film, A Gert Lush Christmas, in 2015 to landing Netflix special, Recalibrate, in 2017, Howard has had a weird and wonderful career pursuing happiness.

On The Russel Howard Hour, he goes a step further, looking for the secret to a longer life in a segment called Live Forever. From Shaman healing with Roisin Conaty to cryotherapy chambers with Paul Chowdhry, this 39-year-old has tried it all... but does any of it work or is laughter truly the best medicine?

"None of them work, mate," he smiles. "I do cryotherapy, which is where you're in minus 70 and you have three minutes of deep freeze and your body thinks it's dying so it produces loads of blood cells and then you're fine - apparently," he explains.

We're not sure if the professionals would agree with that brief summary but if you're interested in cryotherapy, check out Russell's experience above. 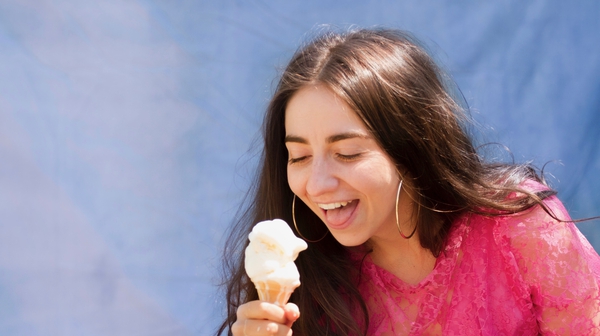