Los Angeles based comedian Natalie Palmides was voted Best Newcomer at the 2018 Edinburgh Comedy, and she's the voice of Buttercup on the reboot of beloved animated series PowerPuff Girls – now she's coming to this year's Dublin Fringe with her male alter-ego comedy stage show NATE.

NATE is an interactive exploration of masculinity and consent. As I wrote that first sentence, I realized that it sounds very serious... and it is! The subject matter is serious, but the main goal of the show is to have everyone laughing as these ideas are explored through character, clowning, and drag.

Laughter is one of humanity's greatest tools for unification. When a room of people are laughing together, there's no denying that they can all relate to what they're watching. If we're all laughing, we're all on the same page. The show then asks the audience a question, which highlights how we're not on the same page at all. What's art without a good juxtaposition? For some, the answer to that question will be very black and white, while for others the answer will live in a grey area. Our only chance to get everyone on the same page, is to first acknowledge that we’re not on the same page.

By exploring these ideas through a world of laughter, we're allowing the audience members to be the best listeners they can be. Listening requires the listeners to be open, and laughter is a sign of openness. And it’s when everyone is most open to hearing each other out, its where changes can then be made for the better. Make Laugh, Not War!

The audience can count on the show being very very very dumb dumb dumb dumb. In addition to having an important message and sincere food for thought, the show is also coupled with a stretchy rubber penis adorned by a madwoman with a mustache, sideburns, and her t*ts out (never thought I would describe myself that way, but here we are).

Laughter is one of humanity's greatest tools for unification. When a room of people are laughing together, there's no denying that they can all relate to what they're watching.

The show was created as a devised piece in collaboration with the director of the show and everyone’s favorite clown, Dr. Brown. Devised theatre could mean a lot of different things in terms of how people apply the philosophy of it to their work. Generally, devised theatre means to create a piece of theatre by doing, not by sitting down and thinking. It’s a very active way of writing, in which a majority of the material is conceived through improvisation. For our process, there aren’t private rehearsals or generation of material without an audience present.

The audience is a very key component to clowning, they’re always there, always a part of it, especially in this show. So to have a rehearsal without the audience present seems pointless. In regards to preparation for these open rehearsals or workshops, I’ll sometimes outline the structure of an idea to try, and often, I’ll just have an image to play with as a starting point. Other than that, everything is written by improvising and throwing it up on stage over and over again, honing and refining, cutting and reworking, generating and structuring. Dr. Brown notes me after every workshop and we work every moment of the show, over months of workshops, until it’s what you see now. I hope you come... and laugh... and think... and laugh! 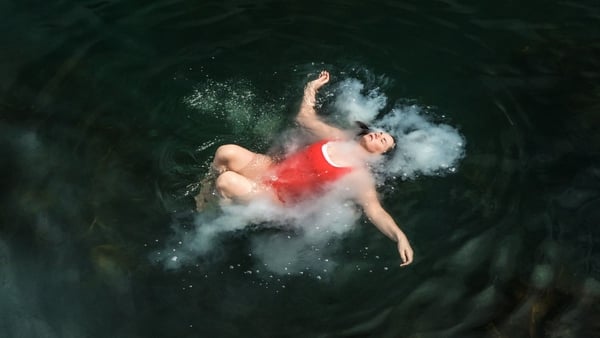