Composer and musician Alma Kelliher takes a leap of faith at her creative home, the Dublin Fringe Festival, and debuts her first ever solo show, LUX ALMA - she writes for Culture about how it all came together.

Later this month, I'll be performing my first ever solo Dublin Fringe Festival show. It's actually the twentieth DFF show that I'll be part of, having been a sound designer and composer in the festival every year for the last ten years. In more recent years I made it onto the stage, composing for and performing in thisispopbaby's RIOT and also creating some crazy music moments with things like Pop Céilí - a bonkers, tradified pop and techno céilí band. But this year, I've finally taken the leap and am doing a show of my own as Lux Alma.

Watch: Lux Alma prepares for her Fringe show with a Depeche Mode cover

Lux Alma is my electro-folk solo act which I launched in late 2018. The music is sometimes contemplative, and other times pumping but always with lots of vocals, dense harmonies and a slightly haunting feeling to it all.

I got really into Irish mythology a few years back, having watched the film Song of the Sea by Cartoon Saloon. I realised while watching it, that this was the Ireland that I related to; the witches and kings and warriors, all tied to our land and our nature. I feel that, like religion, myths are there to help us understand what life is about and what happens when we die. They're a bit more fun to write songs about (though Here I Am Lord is an absolute tune).

Another thing I love about our mythology is that if you dig deep enough, there's lots of really amazing female characters. The Morrigan is a death goddess who takes the form of a crow and flies to warn you of your impending death. So I've one song about her, but she's actually a body preserved in a bog and she comes out of the earth to come and tell you you're about to die. It sounds a bit creepy on paper, but is actually super catchy, I promise!

There's also a song about a fierce warrior woman called Scathach (the shadowy one) who was a martial arts expert that trained Cu Chulainn and lived on the Isle of Skye. Why do we never hear about her?! I wrote her a big electro tune. I've songs about my feelings too, but I've to put on my warrior armour first and then I'll tell you about the heartbreak.

This show is more than just a series of songs. I'll be putting my many years of sound design experience to good use and curating a sound journey that the songs are just one part of. I absolutely love being a sound designer - you can articulate feelings and atmospheres that words can't do justice to - it's completely visceral. And you can't take a picture of it, you have to experience it collectively, in the space, on the night. So the myths are a way into a world but really once you're there, and have captured people's attention through sound, you can sing of love and sadness and joy in great stillness. I'm working with a brilliant light and costume design team, with some amazing musicians and with the fantastic sound system in Lost Lane so that it's a full sensory experience.

I used to be daunted by the idea of taking centre stage but now feels like the right time for this. Dublin Fringe Festival has been my creative home for so long that taking this leap feels totally natural. It's a one-night-only affair so I can leave it all on the stage, as I bring you into the underworld and out the other side.

LUX ALMA runs at Lost Lane on September 14th for one night only, as part of Dublin Fringe 2019 – find out more here. 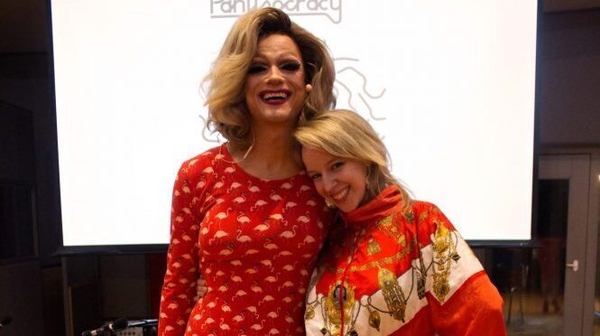