Sounds from a Safe Harbour, which runs from 10 – 15th September, is curated by Bryce and Aaron Dessner of The National, festival director Mary Hickson, Cillian Murphy and Enda Walsh, and presents 6 days of music, dance, visual art, and conversation across a series of venues in Cork City, with over 60 events in 30 venues, many of them free.

Cork's Sounds from a Safe Harbour is very close to my heart, it is the only project I am working on in Ireland at the moment. Cork provides the perfect landscape for a festival with its intimate venues, incredible food, and unique and special hospitality. It really could not happen anywhere else in the world. I love making this with Bryce & Aaron Dessner, Cillian Murphy and Enda Walsh – our combined curatorial approach makes for a varied and exciting programme of events.

SFSH is made for artists first, in that we provide time and space for them to come together for the days leading into the festival to rehearse, collaborate, and react to the environment Cork presents to them. For the third edition of this festival (10 – 15th September), we have up to 70 artists arriving into Cork to collaborate and make music.

SFSH will present over 60 events (40 of which are free to attend) in over 30 venues through the city, including the River Lee itself. In addition to welcoming established international artists, we pride ourselves in shining a light on emerging artists and new music – presenting Cork firsts, European and Irish Premieres, as well as producing new projects.

I couldn’t pick a favourite from the programme, but there are three special projects that are particularly close to my heart:

This new project by artist Dorothy Cross, featuring the music and presence of singer Lisa Hannigan, celebrates the Irish Naval services contribution to the humanitarian crisis in the Mediterranean where they helped save so many lives. It addresses the rescuing and disappearance of so many hearts within that ocean.

On Saturday 14th September, the L.É. James Joyce will sail up the river Lee in Cork from Haulbowline Island with a lone occupant visible on deck. Lisa Hannigan will be on board - with recorded sound of her beautiful, ethereal, voice emanating from the ship. The recordings will be of Lisa singing songs about the heart, together with the extraordinary sound of the glass armonica, played by Alasdair Malloy. These beautiful sounds will emanate from the ship and float out over the city. It will dock where an audience will be able to hear a live performance by Lisa from the ship - they will remain on the riverside. Admission is free.

LHASA is a live project which celebrates the life and work of the Mexican-American singer songwriter Lhasa de Sela.

Sounds from a Safe Harbour runs from 10 – 15th September - find out more about this year's SFSH programme here. 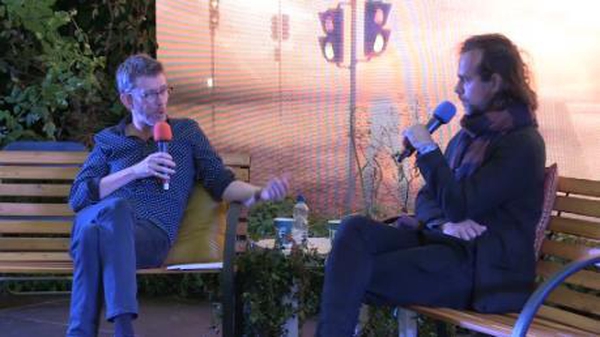