Composer Donnacha Dennehy writes for Culture about his new opera The Hunger, which receives its European premiere at The Abbey Theatre from 19 – 24 August.

I'm thrilled that The Hunger is coming to Ireland. We originally premiered the stage version in 2016 in the States with the brilliant American group, Alarm Will Sound, at Opera Theatre St. Louis and then at BAM in New York. In the meantime, I’ve also made a concert version of the piece (in 2018) which Alarm Will Sound have recorded with Nonesuch. In all these versions the singers have remained the same: the wonderful English soprano, Katherine Manley, and Ireland’s defining sean-nós singer, Iarla Ó Lionáird. Tom Creed, who also directed the original productions in America, will be leading the Irish premiere at the Abbey Theatre. I’m delighted too that Ireland’s dynamic Crash Ensemble, conducted by Alan Pierson, will be involved in this production.

The Hunger concerns itself with a big topic: the Great Irish Famine of 1845–52, which transformed Irish society irrevocably, resulting in the loss of approximately one million people to death and another million to emigration. This was a topic I had wanted to address in my music for a long time, but it took me a while to find my way in. Only when I discovered American reformer Asenath Nicholson’s Annals of the Famine in Ireland, published in New York in 1851, was a route unlocked for me.

Nicholson’s astonishing first-hand accounts of the famine became the piece’s main narrative thread. She made the arduous journey from the United States to Ireland, when countless others were going in the opposite direction, and traversed the entire country, often on foot, and often staying in the homes of the suffering, in order to chronicle the conditions of starving Irish people. In Annals of the Famine, Nicholson directly quoted people who were suffering the worst. Nevertheless, the book is an outsider’s, Anglo-American viewpoint.

To counterpoint Nicholson’s perspective, I invented an elderly Irish character, written for the sean-nós singer Iarla Ó Lionáird. I say "invented" because, in the words of noted Irish song collector George Petrie, there was an "awful, unwonted silence" during those years.

One of the few songs in the sean-nós ("old style") tradition to address the unfolding catastrophe is Na Prátaí Dubha (Black Potatoes), most likely based on an original text by Máire Ní Dhroma, who lived in a particularly stricken part of the country: Ring, in county Waterford. In her text, Ní Dhroma was very critical of both the clergy and the highly ineffective "workhouse" system that split families up as the crisis escalated. I built the old man’s part from shards of both Na Prátaí Dubha and a keening lament that I first heard in an unaccompanied version by the astounding Donegal singer Cití Ní Ghallachóir. While the keen’s melody is anonymous, the words were composed by Ní Ghallacóir, and I make use of them with her kind permission.

Gradually, as The Hunger evolves, Nicholson’s narrative line starts to assimilate some of the sean-nós material of the old man—and the overtone-based harmony that I connect to his material—mirroring the way that Nicholson in many ways began to cross the threshold from observer to empathetic participant: She ran her own soup kitchen briefly and became an activist, writing pleading letters to her important friends in both the States and England, seeking action that would ameliorate the deteriorating conditions for the Irish peasant class. A section from one of Nicholson’s letters is quoted in The Hunger’s final section.

On a larger socio-economic level, one of the terrible ironies of the famine is that while many were dying of starvation or associated diseases, the food that the majority of the populace could not afford continued to be exported from the large estate-farms. In fact, as the historian Christine Kinealy observes in This Great Calamity: The Irish Famine 1845-52, certain food exports actually increased during the famine. This is largely due to an ideological battle at the heart of the British government in London, where an influential contingent did not want to interfere with the workings of the market, at least in Ireland. Of course, this was further complicated by the dynamics of colonialism. The stage version of The Hunger incorporates video interviews with economists, historians and philosophers, specially made for the piece, that address this broader socio-economic context and some parallels with the world today. The five interviewees that feature are Noam Chomsky, Paul Krugman, Branko Milanovic, Maureen Murphy and Megan Vaughan. 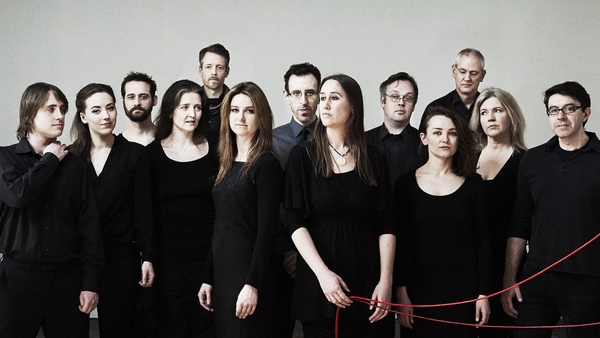 Donnacha Dennehy on Crash Ensemble at 20 - crashing the party Music