The Irish are all over the world, 'the diaspora' as Mary Robinson named it, and often creating waves wherever they go...

In this week's episode of Pantisocracy, host Panti Bliss is inviting folk who have a foot in two places - like acclaimed sean nós singer Iarla Ó Lionáird, of nu-trad supergroup The Gloaming, who spends his life between Princeton University in the United States and his home and family in Inistioge, County Kilkenny.

With him is comedy writer (8 Out of 10 Cats) and actor Brona C. Titley, who has settled in London, and fellow London exile Xnthony aka Anthony Keigher, a cabaret artist whose stage shows are both funny and queer - like the one he calls Sodom & Begorrah.

Joining them is social justice activist Caoimhe Butterly who grew up in Ireland, Canada and Africa and who, through her on-going work with refugees, is back and forth from Dublin to Lebanon and Greece.

Pantisocracy, Tuesdays at 10pm on RTÉ Radio 1, from July 16th - listen back here. 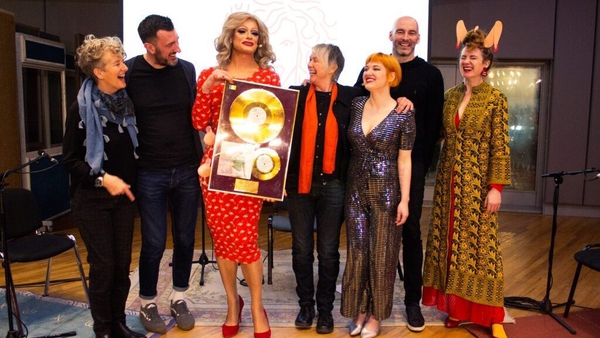