Lisa Connell, co-counder of club promoters Mother and Managing Editor of GCN, writes for Culture about the urgent vibrancy of the dancefloor, and Mother's new festival event, Love Sensation, which takes place at the Royal Hospital Kilmainham, on August 17th & 18th.

The year is 2010, the Celtic Tiger is wincing out his last feeble meows, the recession has arrived, and Ireland is shaking. The Civil Partnership and Cohabitants Act is passed in the Dáil, pointedly leaving out any mention of the family, and so Marriage Equality, Gender Recognition Legislation and Reproductive Health Rights for the Irish population (and the thousands of activists working on it) feel so very far out of reach.

In the great LGBT+ tradition - we're a crafty bunch - there is both a necessity and opportunity in the crash. The Campaign For Marriage Rights steps up and trans activists continue to fight for recognition alongside a whole host of other activism within the LGBT+ community.

Listen to the official Love Sensation playlist, via Spotify

In Stonewall’s transformative DNA is the power of people gathering on a dance floor to affect change, and in an Irish context, following in the footsteps of some of the finest clubs that Ireland had ever seen (Flikkers, Sides, HAM, GAG, Powderbubble, Q&A and too many to name here ) Mother was born on a sticky hot June evening in the basement of a hotel off Dame St.

Humble beginnings with disco lights duct-taped to pod tables and decks assembled on high couches didn’t dampen our delight at creating a new queer space in the city raising vital funds for GCN, Ireland’s LGBT press. From night one we had our not-so-secret to success, our beloved Resident DJS, they are the beating heart of all that we do and keep the party going: over 600 parties and counting, hundreds of special guests, nine Prides culminating in our biggest Pride party yet hosting 6500 people at the National Museum at Collins Barracks, countless fundraisers for a range of causes and the honour of supporting some of our biggest idols including Róisín Murphy, Peaches and Grace Jones!

It's safe to say that Mother is a firm fixture in Dublin’s night culture and LGBT clubbing landscape.

This year is 2019. Same-Sex couples have access to equal marriage, Trans folk have Gender Recognition legislation and Ireland triumphantly slayed the dragon of the 8th Amendment. For Mother, we are about to embark on our biggest and most ambitious project yet, a two-day music festival in the Royal Hospital Kilmainham, Love Sensation, taking place on August 17th & 18th.

An exciting next-step for the little club night that could, it's a festival for the LGBT+ community and our many friends, with the likes of Lily Allen, Clean Bandit, Gossip & Kelis topping the bill across the weekend on our main stage, with the fabulous Panti Bliss as Master of Ceremonies. Iconic Dublin bar The George are hosting a stage, we'll have a Mother Dance Tent with the inimitable Honey Dijon headlining, and a host of RuPaul's Drag Race stars, brought to you by Dublin drag legends Dragged Up, including Monet X Change, Naomi Smalls, Jujubee, Laganja Estranja & Sonique!

LGBT+ people have understood the power of a party for a long time now. There’s still so much work to be done in and for our community - Trans healthcare, LGBT parenting rights and LGBT migrants rights, to name but a few.

The Mother crew are thrilled to offer Love Sensation as the newest LGBT+ celebration of living out loud and proud, and having the mightiest Kiki we can. We’ll see you on the dancefloor... 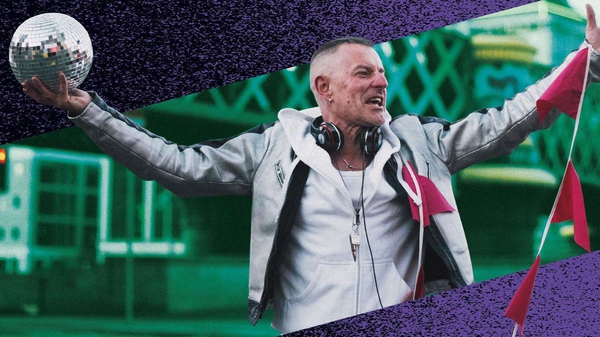 Be Proud - Tonie Walsh on why Pride matters Pride