Ahead of The Louth Contemporary Music Society's Festival, Stations of the Sun, renowned music critic Paul Griffiths discusses the three female composers who will be the focus of the event.

Women composers? The case has been made. It was no surprise when the Siemens Foundation of Munich, responsible for the most valuable and prestigious prize for classical music, announced their 2019 winner as the English composer Rebecca Saunders. And it is no surprise that the Louth Contemporary Music Society, the premier showcase for new music in Ireland, is this year focussing on three composers who happen to be female. What matters is that the music be gripping, meaningful, and individual. To quote the French composer Pascale Criton, whose music is beguiling in its transformations through very small harmonic intervals: ‘What makes the singular style of a composer, whether male or female, must be above all of a musical nature.’

Criton is one of the three who will be coming to Dundalk for the Louth society’s midsummer festival, which offers a packed programme of music by strong creative personalities running from the evening of Friday June 21 through the next day. She will be joined there by one of the most celebrated of present-day composers, Kaija Saariaho, whose luminous music hovers between medieval and modern times, and by Linda Catlin Smith, who knows the mesmerizing strangeness of simplicity.

All children of the 1950s, they grew up at a time when composition was not an obvious choice for a girl. It was, though, as if there was no other choice to be made. Catlin Smith remembers: ‘When I was a young child I was continually making up pieces at the piano. But I never thought of that as composing until one day I overheard my mother telling my father that I was composing my own pieces.’ The others felt themselves compelled when they were young adults. ‘It seemed the only reason to go on existing,’ says Saariaho. ‘That period was very dramatic in my life, and I felt very isolated; I had to take that path without the approval of my parents, for example.’

Some help may have come from finding a tradition. ‘I often think about what I call my "art parents",’ says Catlin Smith, ‘and they are not just composers but also painters and writers whose work has meant a lot to me. Certainly Ravel, Stravinsky, Bach, Couperin, Dufay, Webern, Feldman, early Cage, Jo Kondo and Aldo Clementi are among the composers I have listened to the most. I loved my father's jazz records, my mother's classical ones (that's where I found Stravinsky) and lots of pop music, too. I feel connected both to music of the past – my ancestors – and to living composers and other artists who are working outside the mainstream, who are in some way independent.’

Saariaho’s understanding of her tradition is not so dissimilar. ‘I grew up with western classical and popular music, including Finnish folk music. This is the music I have loved, studied and listened to since early childhood, and I feel that my music is built on that tradition, even if I have later been interested in, and influenced by, many other cultures and their music.’ It is rather this kind of breadth that Criton prefers to emphasize: ‘I have been nurtured by listening to and studying many styles of music, from classical music to musical cultures all around the world.’ And she adds, as a possible explanation: ‘I was born into a family of painters and I was educated in the spirit of the "mission" of art.’

One thing that has long defined western classical music is constant change, from Baroque to Classical to Romantic, and so on, and even over shorter periods. Are we not now, though, experiencing a more static phase?

‘It doesn’t feel static to me!’ counters Saariaho. ‘I feel we are living through a huge synthesis, because of real-time worldwide influences.’ Criton agrees: ‘Every day I see that music continues to evolve! For more than a century, sound technology has been profoundly renewing our habits and our perceptions, and also influencing ways of playing instruments and writing for them. It has become possible to work with the complex nature of sound, and our listening is now on scales that can be exceedingly sensitive.’ And Catlin Smith is on the same side: ‘I don't think we are in a static period. From what I hear of the work of many younger composers, the art form feels like it continues to grow. For myself, I hope I'm gaining more subtlety in my work, that it’s becoming more layered, richer harmonically. But it's difficult to say - I always feel blind when it comes to my own work.’

Did they have any particular models when they started out? Criton: ‘It is rather "ways of thinking" and "ways of feeling" that have influenced my musical writing. The aesthetic thought of Gilles Deleuze - and my meeting with him - were decisive for me. In addition, two composers were guides: Ivan Wyschnegradsky for microtonality and Gérard Grisey for his conception of music in terms of harmonic spectra.’

In this context the other two both mention Bach, but not as a model. ‘As a child,’ Catlin Smith recalls, ‘I wasn't able to copy Bach; I was only able to make up pieces through playing the piano, so in a way, the piano itself was the model, the piano was my inspiration.’ And for Saariaho: ‘There was Bach, of course, whose music I always loved, but he was too great to be a model. However, I read a lot from the time I was very young, and many female writers must have been sources of inspiration, and given me examples of a woman artist’s life, such as Virginia Woolf, Sylvia Plath, Edith Södergran, Anaïs Nin and Simone Weil.’

This, of course, raises the question of whether a woman composer’s music will be, or may be, distinctly female. Only Saariaho accepts this possibility, and then just in one particular: ‘The only thing I’m quite sure of is that some of my opera characters are different from those created by men, even if most of my librettos have been created with men.’

Catlin Smith is eloquent on this topic: ‘I think the experience of music is so deeply complex psychologically and emotionally – what we are drawn to, what we need to hear – as to be about much more than gender. I would never be able to point to anything in my music that could be thought of as specifically female. When I work, I lose myself in that state of concentration, which is partly why I love composing. I am unencumbered by myself.’

In other words, there are no women composers, only composers. 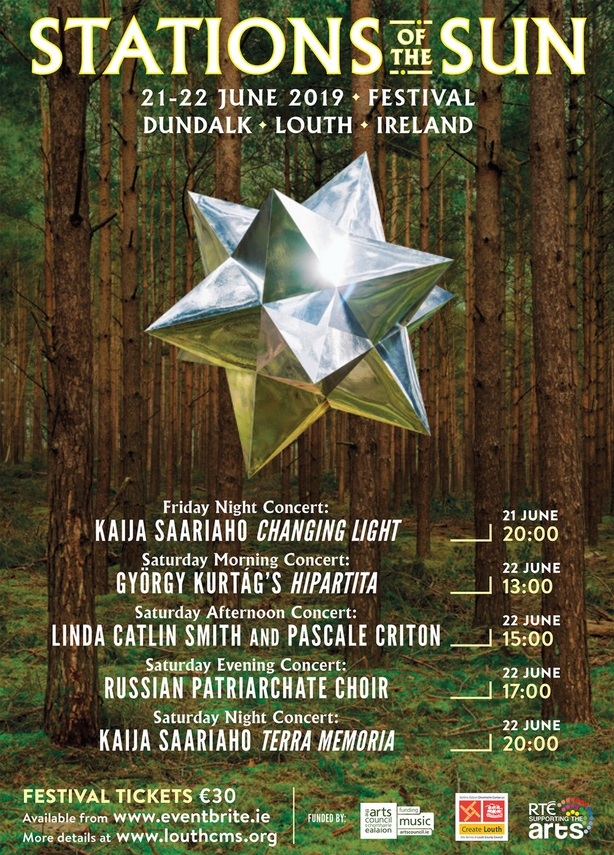