Read this extract from his first novel, Knocfane, which has just been published by Merrion Press.

Willis Esdaile inexplicably banishes his only son and heir, Edward, as he formally ensures the preservation of the family farm, Knockfane, for succedding generations. It is, however, the headstrong and confident daughter Julia who will protect the Knockfane legacy along with her sister Lydia.

‘I’m going away,’ she said, as though she were an heiress jilting her betrothed.

‘Really,’ said Fergal who did not at all believe her.

As with everything which concerned his elder daughter, her father had formed the view that, when it came to her education, only the best would do and, as a result, he had enrolled Julia in the smartest – and the most expensive – Protestant secondary school in Ireland: Adelaide College in Dublin.

‘Pappy is sending me to Adelady to learn to be a lady,’ she told Fergal. ‘That’s what the school does. It’s not for exams and books.’

Fergal was somewhat discouraged by this piece of information as he thought that Julia, although only thirteen, was already quite lady enough. That did not, however, serve to diminish his interest in her and, during the years she was at school, he remained fascinated. In those years Julia passed briskly through adolescence and marched briskly towards becoming an alluring young woman. Six years later, when she went up to university at Trinity College, she cut a striking and sophisticated figure. Long russet hair, very tall and a figure that was sensuous rather than slim she dressed more formally than other undergraduates – cashmere twinsets, tailored costumes and, always, her mother’s pearls. Sharing with a pair of Roedean girls a spacious top-floor flat in a Fitzwilliam Square house where doctors’ consulting rooms took up the lower floors, she settled on reading ‘Mod Lang’. Not that it was her intention to ‘read’ very much: ‘having a good time’, as she explained to Lydia, was more on her mind.

‘College is not about getting a degree,’ she said. ‘Everyone gets a degree. Going to Trinity is more like "coming out" used to be. You are there to meet people and be seen.’

By this time Julia had put her childhood crush on Fergal behind her – in fact she was rather embarrassed by the memory of it – and, although she was very fond of him, it was as a brother rather than as a beau. For his part, Fergal had never declared himself to Julia. He felt that his constancy and devotedness was enough to make her understand that he wanted her and that he would wait for her. 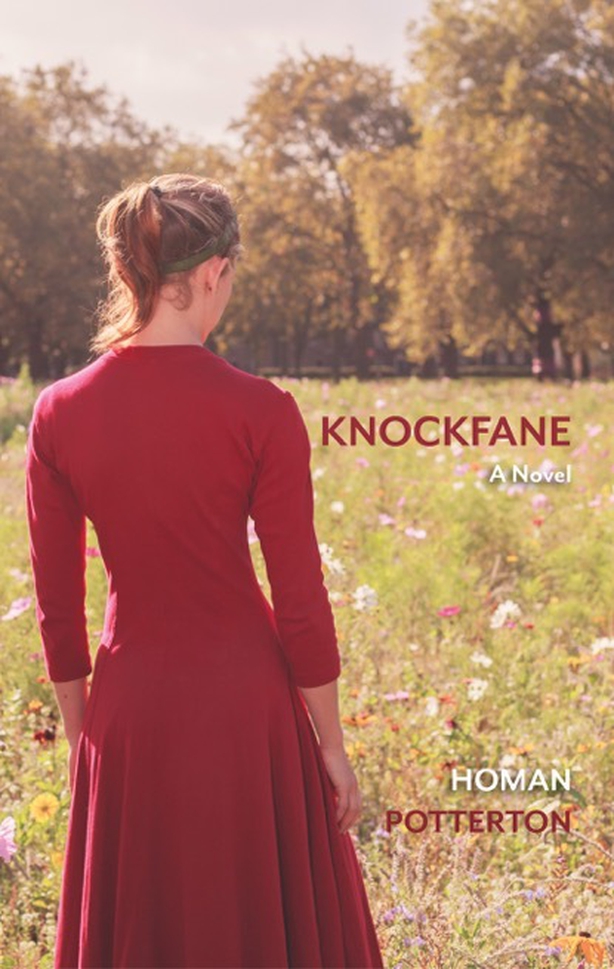 Julia was to be twenty-one in the summer prior to her final year at Trinity and, without much persuading on her part, her father consented to give her a dance. They discussed it months in advance when Julia was home for Christmas.

‘It’s a proud moment my eldest’s coming-of-age,’ her father said.

‘My actual birthday would be no use as a date for the dance,’ Julia said. ‘By July everyone has disappeared for the summer. It’ll have to be earlier, before the vac.’

‘Is that tempting fate?’ said Willis. ‘After Mama, I’m always terrified of the unexpected.’

‘Otherwise it’s the autumn or winter when it would be much too difficult for people to get down here,’ said Julia. ‘I’ll be inviting mostly Trinity friends.’

It had already been decided that the dance would take place at Knockfane.

Thereafter, Julia made all the plans, although she discussed her decisions with her father. The carpet would be lifted in the drawing room and the dancing would take place there. The sofas and chairs would be moved into the hall. The supper would be laid out in the dining room. All the old paraffin lamps would be brought into service as, with every room in the house having to be lit, the generator could not be relied upon. At the end of the evening hot soup would be served.

‘We’ll have it outside, on the gravel,’ Julia announced.

She had copious other ideas, most of them wildly extravagant, for the success of the evening although, in many cases, she was persuaded by her father to drop them; but in spite of such constrictions, by the time she went back to Trinity after the Christmas vac, there was very little in her head except plans for her dance.

When, therefore – unusually – she telephoned towards the end of February to say she was coming down to Knockfane for the weekend, her father and Lydia – who was home from her school in Westport for half-term – assumed it was because she had come up with some other fanciful notion and that she wanted to sound their opinions. They were looking forward to hearing what it might be but on the drive out to Knockfane – they had both gone in to Liscarrig to meet her from the bus – Julia did not mention a thing. It was the same over tea: nothing. As they sat by the fire that night, she was very quiet and not herself at all. Assuming that she was tired after the trip from Dublin, Pappy turned on the wireless and they listened to a play, but when it was half over Julia announced that she was going up to bed.

‘I’ll get you a hot jar,’ Lydia said, ‘the bed might be a bit damp although Rose had the windows open all afternoon to air the room.’

She kissed her father.

‘She seems out of sorts,’ he said to Lydia when Julia had left the room.

‘She’s probably just tired,’ said Lydia, ‘she has quite a hectic life, from what we hear.’

They returned to the play and listened in silence. When it was over, they turned off the wireless.

They climbed the stairs together. Lydia had a book with her. Under the influence of the other girls at school, she had lately developed a taste for novels of light romance and it was in just such a volume that she was engrossed that weekend. She was still reading when, at quite a late hour, Julia knocked at her door and came into her bedroom.

She threw herself into Lydia’s bed. Then she broke down sobbing, clasping Lydia to her, and shivering. She remained like that for several minutes. Lydia’s book fell to the floor.

She was unaccustomed to such effusiveness from her sister and did not know what to say. Julia continued crying.

‘Is it about the dance?’ said Lydia. ‘Has Pappy refused you something?’

Homan Potteron was the youngest ever director of the National Gallery in Dublin and he wrote for the Financial Times on fine arts. He also wrote two acclaimed memoirs.