Music groups from the twelve finalist schools (six primary and six post-primary) selected from entries for the 2019 Music for Schools Competition will perform in a Gala Finalists Concert, which will be streamed live from the National Concert Hall, Dublin on RTÉ Culture at 1pm on Tuesday, May 7th - watch it above.

This year’s six winning schools will be announced after the concert, to be presented by RTÉ lyric fm's Ian McGlynn.

Founded in 2012, the annual Waltons Music for Schools Competition is a non-profit national event celebrating and supporting music in Irish schools. The competition is run by Waltons New School of Music and is generously supported by RTÉ lyric fm. 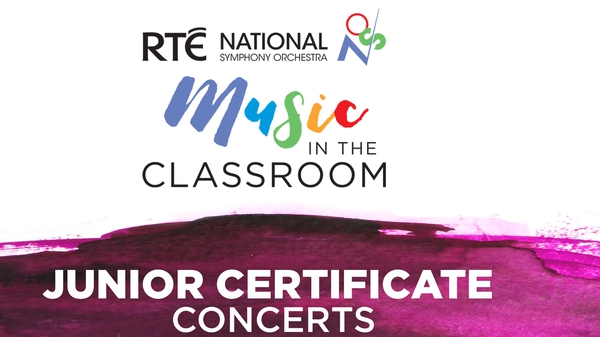 Music In The Classroom