Listen to Danny Boy, especially performed for Ireland's Favourite Folk Song by Declan O'Rourke, above, and read all about the song below.

It was in Limavady sometime around 1850 that Miss Jane Ross, a woman with a keen interest in collecting Irish airs, first jotted down the notes that would later become known as Danny Boy.

She never revealed her source and mystery, even controversy, surrounds the air’s provenance. One account is that Miss Ross heard the tune being played by a blind fiddler at a fair in the town. Variations of the air can be traced back to the great blind harper Ruaidhrí (Rory) Dall Ó Catháin (late 1500s – c. 1650). Miss Ross passed the air on to Dr George Petrie who published it in his collection The Ancient Music of Ireland (1855). Following publication the air became widely known. The tune was first called The Derry Air or The Londonderry Air in 1894 when the poet Katherine Tynan set the words of her poem Irish Love Song to it.

It was the eminent English lawyer, author and lyricist Frederic Edward Weatherly who wrote today’s famous lyrics. The story goes, his sister-in-law sent him the air having heard it being played in the Colorado mines by Irish immigrants – indeed the song has been interpreted in a variety of ways, Danny may have been called away to war or he have had to emigrate for economic reasons. The song was published in 1913 and first recorded in 1915 by Ernestine Schumann-Heink. 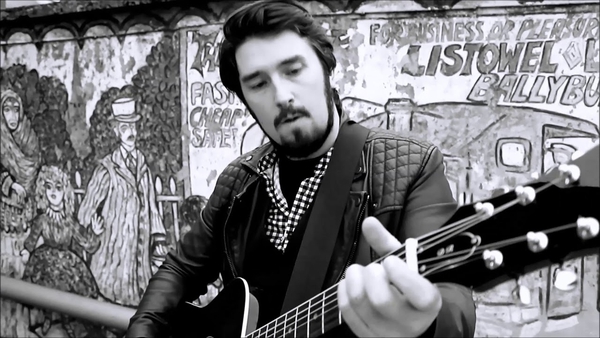