The good times are back, baby - or at least you'd think so, considering the number of choice music festivals lining up on the runway for the summer - and that's before you include stand-alone mega-gigs from everyone from Metallica to The Spice Girls.

Here, then, are 10 must-do events for your delectation, sunshine pending...

Where and when? Royal Hospital Kilmainham, Dublin, 1st - 3rd June

The popular Bank Holiday weekender at Royal Hospital Kilmainham likes to mix it up, with a dance and hip-hop heavy bill on Saturday and Sunday, with Laurent Garnier, Jon Hopkins, Skepta, Kojaque and Earl Sweatshirt in the house, and a decidedly more mellow vibe on the Monday courtesy of Elbow, Spiritualized and First Aid Kit, with homegrown contenders Pillow Queens bringing the noise.

Where and when? Ballinlough Castle, County Westmeath, 21st - 23rd June

Modeselektor, Santigold, Wyvern Lingo, Kate Tempest and Princess Nokia are among the artists to be seen in the dreamy grounds of Ballinlough Castle this year, for a 10th birthday bash which will also boast the usual eclectic mixture of discussions, talks, installations and theatrical performances.

New to the scene this year is this elaborate celebration of '80s pop icons, with a bill that includes Frankie Goes To Hollywood's Holly Johnson, Soft Sell's Mark Almond, Bronski Beat's Jimi Somerville and Ultravox's Midge Ure, alongside the likes of The Human League, Kim Wilde, Level 42, Toyah and T'Pau, plus any number of Top Of The Pops veterans. It's possibly worth the price of admission just to hear Bonnie Tyler do Total Eclipse Of The Heart...

This year’s headliners are A$AP Rocky, Chance the Rapper and the one and only Cardi B, fresh from her Grammy win for best rap album. Other artists bringing the beats to the south Dublin suburbs include Aminé, Brockhampton and Flatbush Zombies. And unlike most festivals, you can easily get there by public transport.

Where and when? Blessington, County Wicklow, 19th – 21st July

You may not have heard of any of the bands playing at this festival on the banks of Blessington Lake, but the festival organisers believe that "that’s the whole beauty of KnockanStockan. You get to explore and discover some of the best talent that is unknown by most but of outstanding quality nonetheless." This year’s up and comers include Hot Cops, Farrah Elle and Cherym.

Where and when? Curraghmore House, County Waterford, 2nd – 4th August

It brought a sense of fun and playfulness back to the big Irish festival circuit last year (okay, the weather helped) and this year All Together Now line up is looking mighty good, featuring Patti Smith, Hot Chip, the Wailers, Father John Misty, Pillow Queens, and, intriguingly, the London Afrobeat Orchestra performing Talking Heads tunes. Guests are also promised a return to last year’s wide variety of areas and stages, including the chilled out lakeside Lawns of Tranquillity.

Head to the seaside as Dun Laoghaire once more plays host to danceable acts old and new. Groove Armada, Todd Terje and Grandmaster Flash hits the harbour on Saturday, while Churches, Jungle and Marc Rebillet are the Sunday stars. There’s also a whole kids’ section, including a baby rave, and of course plenty of delicious things to eat at The Eatyard. All that - and you can dance on a boat!

Where and when? Killyon Manor, Killyon, Meath, 16th - 18th August

If you like your festival events to be a bit more intimate and bespoke, then you'll love this celebration of music, conversation, food and fun set amidst the grounds of Killyon Manor in Co. Meath. Don't expect big names - acts include German DJ Christian Löffler, cult Irish post-rockers The Redneck Manifesto and The Glasshouse Ensemble performing the music of Bon Iver. What it's all about, however, is the vibe.

Where and when? Royal Hospital Kilmainham, Dublin, 17th - 18th August

Another new addition to the festival landscape this year is this two-day extravaganza aimed at the LGBT+ community (and their many friends) - it comes from the team behind popular Dublin nightclub Mother, with a bill that features Lily Allen, Clean Bandit, Gossip, Kelis, Mother DJs, Soulé and a rake of RuPauls Drag Race favourites, sashaying away: Monet X Change, Naomi Smalls, Jujubee, Laganja Estranja & Sonique!

Where and when? Stadbally, County Laois, 30th August – 1st September

It had sold out long before the line up was announced, and those punters finally know that they’ve paid for. This year’s headlines are Hozier, currently celebrating his new album reaching Number One in the Billboard charts, previous headliners Florence and the Machine, The 1975 and, um, the Strokes. Between eating pies and looking at wooden bowls in the Greencrafts Village, attendees can check out a wide variety of acts including Billie Eilish, Christine and the Queens, Courtney Barnett, Echo and the Bunnymen, Roisin Murphy and Dermot Kennedy. The Electric Picnic crew are also launching a new family-friendly festival, Kaleidoscope, running June 28th - 30th, headlined by Bell X1 and Tom Odell - find out more here. 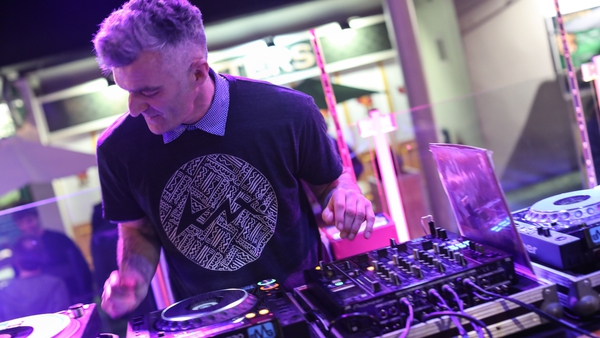 It Takes a Village - the summer festival season kicks off